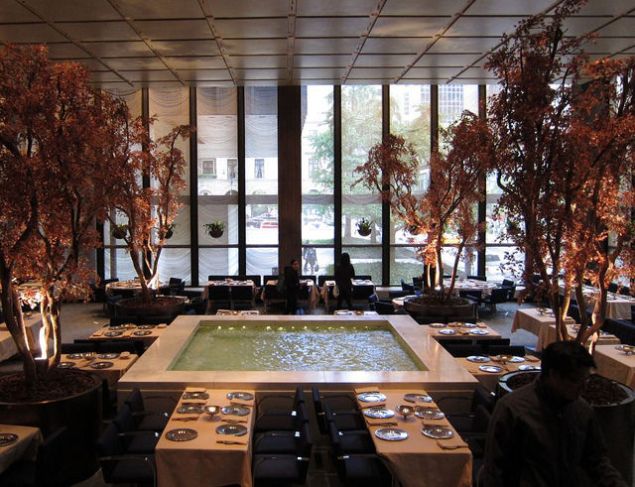 Crain’s doesn’t care what U.S. News & World Report says, they think that New York is the best city in the world. And while we could use improvement in some key categories—housing costs are high and our commutes are long, even if few of us have to make them in car—it is true that U.S. News failed to factor in many of New York’s unique benefits and opportunities. And even if we don’t deserve the top ranking, we’re certainly better than Bakersfield.

The Four Seasons has set a closing date of July 16, Bloomberg reports. Landlord RFR opted not to renew the famed eatery’s lease after a half-century in the Seagram’s building, though the restaurant is planning to move into a new space “about five minutes’ walking distance” from its current spot at 99 E. 52nd St. after a year-long closure for the transition, they add. Also, there will be an auction of the Philip Johnson-designed tables and chairs!

Also closing is P.S. Bookshop in Dumbo, whose owner Yuval Gans managed to finally pay off his past-due commercial real estate taxes, but is now so far behind 2016 taxes and rent that he’s decided to call it quits, Gothamist reports. The landlord, notably, is Two Trees, who makes a show of offering below-market rent to interesting, eclectic businesses. We guess not that below market, though. At least he can take some solace in the piano his neighbors loaned him a few months ago. “I play it every day and it makes me less sad,” he told Gothamist. “People come in and play off of the street, too—lot’s of Adele.”

After that, who couldn’t use a little good news: the Alamo Drafthouse cinema (movies + fancy snacks + nice beer) in Downtown Brooklyn is almost done, according to Gothamist.

More good news: small time Lower East Side landlord Daniel Wise is, like many other small landlords in the area, getting a boost from the Essex Crossing project, Crain’s reports. The former touring musician and music producer is developing two buildings into modular apartments and has ownership of a third building.

Speaking of the Lower East Side: the New York Attorney General’s office is now opening a probe into the city’s decision to lift the deed restrictions from Rivington House, which allowed its owner to flip the health care facility to a luxury condo developer for a large profit, The Wall Street Journal reports.

Meanwhile, in Chelsea, Starbucks is planning to open a 20,000-square foot store—the largest in the world—The Wall Street Journal reports. The New York shop will follow the model of the Seattle roastery, which the company describes as “coffee as theater,” but the coffee retailer vows the New York version will be “bigger and bolder.”

The Cuomo administration is apparently “hopeful” that the real estate industry and the unions can achieve what they could not this last year and craft a successor to 421-a, Politico New York reports. Which is hopeful (or wishful) indeed, as the governor is widely believed to have effectively killed the controversial affordable housing tax break when he mandated that the two parties reach an agreement on union labor, a provision that had never before been part of the program.

Speaking of stupid moves, the de Blasio administration has postponed work on the third water tunnel, which The New York Times notes has been seen for more than a half-century as “as essential to the survival of the city if either of the two existing, and now aged, tunnels should fail.” The entire Brooklyn-Queens leg of the new tunnel was expected to be completed in 2012, they add, with $336 million included in the 2013 capital budget of Michael Bloomberg, for whom the tunnel was the most expensive undertaking of his tenure. But under de Blasio money for the tunnel’s timely completion has been channeled to other projects.

Why not close with some broker(age) news? The Real Deal reports that Clelia Peters will become president of Warburg two years after joining the firm as a consultant; her father Frederick will remain at the helm as CEO.

And Brenda Powers has landed at Town after allegedly being ousted from Compass, which she had joined from Sotheby’s just last month—a move that meant breaking up with her 20-year-plus partner Elizabeth Sample. “Compass said last week that it had ‘disassociated’ itself with Powers after just a month. The reasons for her alleged dismissal were unclear. Powers later disputed Compass’ claims, saying she had left the company of her own accord,” The Real Deal reports. 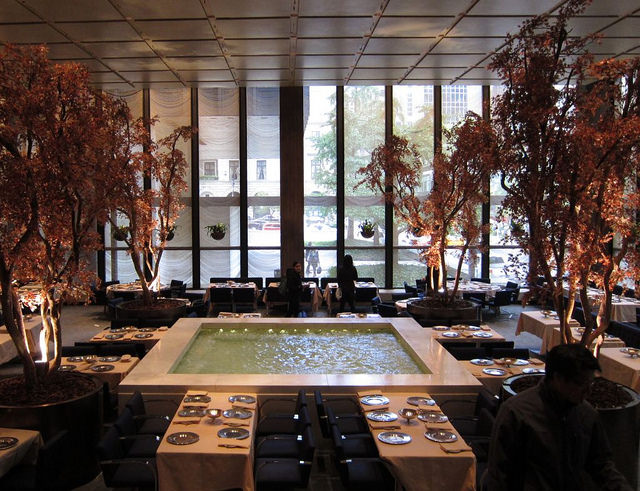