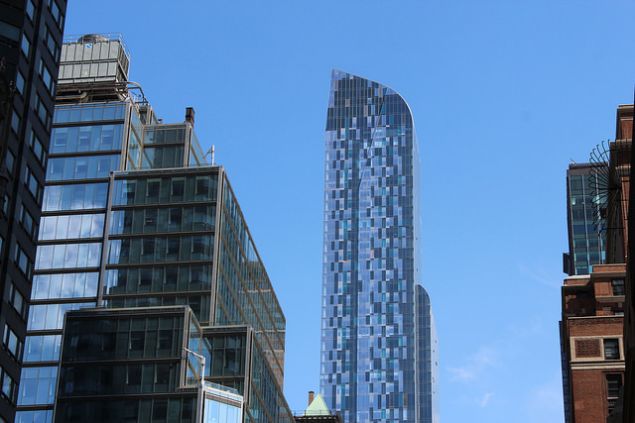 Extell is abandoning its plan to turn slow-moving units at One57 into rentals, opting instead to list the 38 units instead, which are located on the 32nd through 38th floors, Bloomberg reports. Prices for the units will start at $3.45 million, far less than what other units in the building, as “the builder has concluded that the market for condos in that range, toward the lower end of what’s considered luxury, is better than the one for high-end rentals.”

On the topic of embarrassments, the U.S. Attorney’s Office is examining the de Blasio administration’s decision to lift the deed restrictions on Rivington House, which netted the owner a hefty profit and allowed the Lower East Side health care facility to be turned into luxury condos, The Wall Street Journal reports. “The probe by the public-corruption unit of U.S. Attorney Preet Bharara’s office adds to the growing legal scrutiny surrounding the sale of Rivington House, which for more than two decades had been protected by a city deed limiting its use to a nonprofit residential treatment center.”

And the re-opening of a rebuilt section of boardwalk in the Rockaways—Beach 108th to Beach 126th streets—will be delayed due to new crane safety regulations, DNAinfo reports.

Gov. Andrew Cuomo announced yesterday that the state is putting out a request for qualifications to vet potential builders for the Javits Center expansion, Crain’s reports. “Cuomo expects to select a developer by the end of the year, according to Tuesday’s announcement. The state said early-stage construction work will also begin in late 2016. ”

Buildings in Chinatown and the Lower East Side have increasingly been caught the greedy grip of real estate investors, The New York Times reports, looking at the case of  83 and 85 Bowery, which an investor bought in cash for $62 million and is now trying to clear of their rent-regulated tenants. “Compared with the thickets of regulations governing the East Village and other parts of Lower Manhattan, these are real estate prairies.”

How do the rich renovate? With cash and not caring if the improvements they make will pay for themselves down the road, according to The Wall Street Journal. 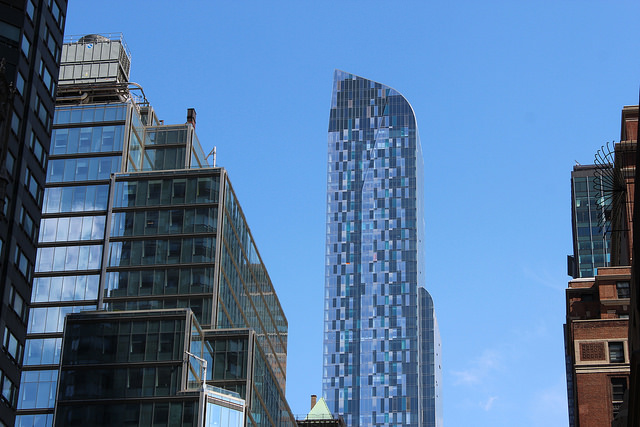