Gabrielle Bernstein, 36, has cleaned up her act, big time, since the days when she did PR for nightclubs, snorted cocaine and regularly boozed it up. Not only did she sober up more than 10 years ago, she launched a successful brand around her recovery and spiritual journey, leading Oprah Winfrey to hail her as one of the next generation of spiritual leaders. Ms. Bernstein, whose next book, The Universe Has Your Back, comes out in September, recently shared her thoughts about serenity and happiness, as well as guacamole and chips, at Angelica Kitchen in the East Village.

How do you define success?

Would that apply if you were living in a hovel in Dumpsville, USA?

Yeah. It’s one thing to say I have serenity now because I have all the money I need in the bank. But all of those things can be taken from you, so it’s like serenity no matter what your circumstances are.

Do you see yourself as a guru?

The word guru is very loaded, so I would never refer to myself that way. I see myself as a teacher.

How do you remain humble?

I’ve grown into humility. Starting out I wasn’t humble. I was just a kid being like, ‘I’ve got a story to tell, and I want everybody to hear it.’ And that probably served me back then wanting to make sure I was seen and heard. It doesn’t feel good to me anymore to be out of alignment with humility.

Do you believe in God with a big “G”?

No. I believe in an ever-present energy source that we are connected to, that we separate from.

What is the source’s origin?

It’s within us. And we separate from it, and that’s where war, chaos, drama, torture—all the terrible things in the world—occur.

Is this the case with ISIS?

Do you feel like you went from being a cocaine addict and alcoholic to a spirit junkie and that they are different sides of the same coin?

I don’t think I’ve been addicted to spirituality. I think I have other addictions that have come up throughout getting sober. I do think it is possible for people to make their spiritual practice an addictive pattern. I did not have that experience.

Boil down your tips to happiness.

First, be willing to be happy, willing to change the path you’re currently on. Step two, be receptive to the guidance you receive. There was an article about me in Elle maybe four or five years ago. I can’t tell you how many people have come up to me and said, ‘I found that story in a bathroom in the Hamptons, and it changed my whole life around.’ They were people who weren’t on the spiritual path. They weren’t reading self-help books. They were hung over on a bathroom toilet and were like, ‘Shit, I gotta read this,’ ya know? They were willing. And then, take action. So if you read the article, go do the steps written about in the article. Or if you’re led to a book, read the book. Or if you’re led into that yoga class, take the class. Show up for where you’ve been led. And the final step, be consistent. Happiness isn’t for dabblers. 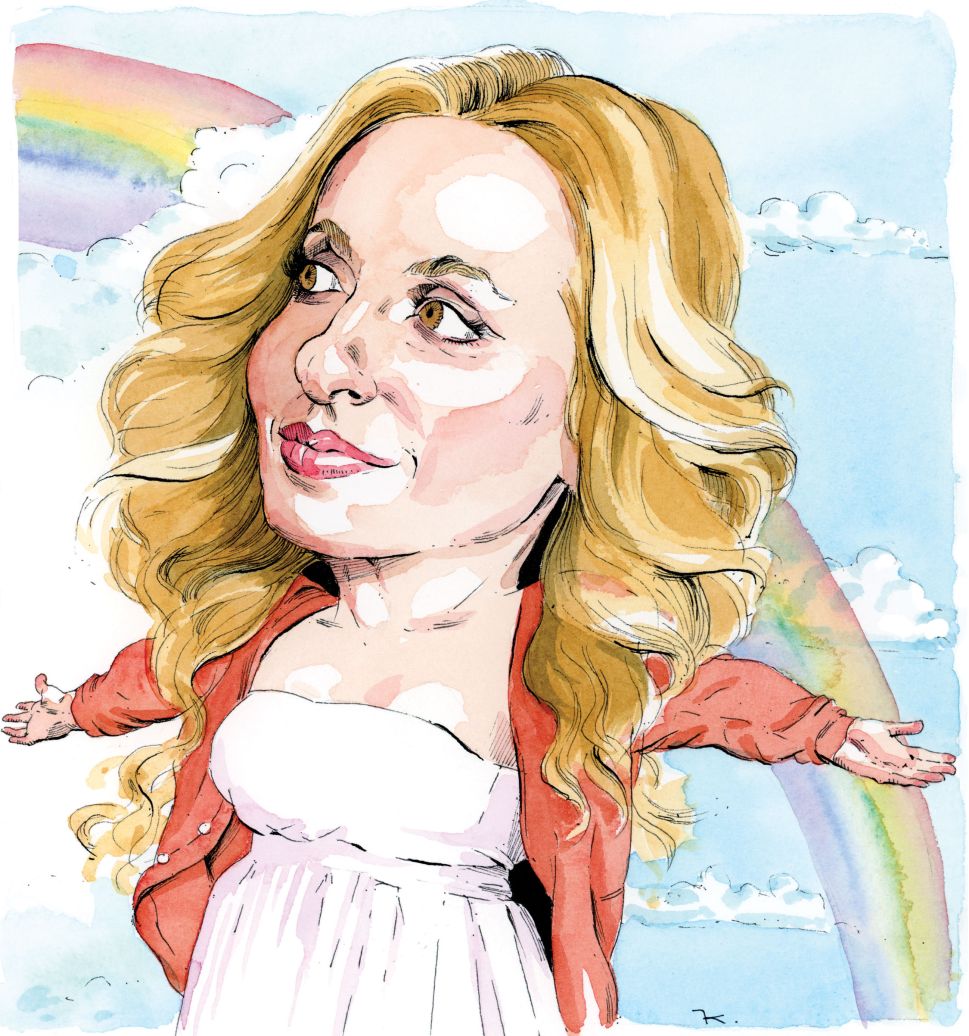