Donald Trump has a yuuge problem with the truth. During a recent one-hour town hall on CNN, he told more than a lie a minute, according to Huffington Post. Trump spouts bs about his opponents, about his staff, about his record, about his opponents’ records. We’ve reached a moment in his campaign where it might be surprising if the truth accidentally came out of his mouth.

But how does he get away with it? There have been reams of commentary blaming the media for failing to correct his factual inaccuracies. However many in the press of called him out repeatedly on his lack of truth—not just the ideological and nonpartisan fact-checking organizations, but numerous members of the media, even Fox News.

The truth about Donald Trump’s ability to lie is that he has identified a flaw in our political system, one used for years by those with an interest in hacking our republic for ideological gain. If you can create a world of two coexisting and contradictory truths, then there is no way to tell a lie.

Since 2012, I began researching a book about how lies, such as “death panels” infect our political and media culture. Quickly it became apparent that there were people who invented these lies, primarily for financial or political gain.

This form of ideological warfare dates back to the tobacco companies’ fight to prevent a public acknowledgment that their product causes cancer. Their methodology has been used over and over again. Aided by a bifurcated media structure that allows Republicans and Democrats to seek information from completely different sources, we have reached a point in our society where there are two competing truths when asked about critical issues.

To confirm this theory I commissioned Public Policy Polling to conduct a poll of 1,083 registered voters asking about their beliefs on three vital public policy issues: health care, guns, and abortion.

Specifically we asked respondents if they believed death panels exist (they don’t), if they believe in the “more guns, less crime” theory (it’s wrong), and whether abortion causes breast cancer and mental health issues (it doesn’t).

While the results were not at all surprising, they do explain some of the underlying problems with our political ecosystem.

It is not simply that we are a country that is divided by political philosophy; we disagree on what should be stipulated facts. This is often cited as the problem behind debates about climate change, but it actually extends across nearly every issue with a partisan divide.

Seventy-four percent of Republicans either believe the Affordable Care Act established death panels or are unsure, compared with 51 percent of Democrats.

Sixty-nine percent of Republicans believe the “more guns, less crime” theory to be true, compared with thirty-three percent of Democrats.

Finally 61 percent of Republicans believe or are unsure if asked whether abortion causes breast cancer and mental health issues, compared with 46 percent of Democrats.

It is not simply that we are a country that is divided by political philosophy; we disagree on what should be stipulated facts. This is often cited as the problem behind debates about climate change, but it actually extends across nearly every issue with a partisan divide.

These divisions are part of an intentional effort to sow division and create a political universe where progress on any number of issues is impossible. As Richard B. Berman, an infamous corporate lobbyist and public relations huckster who establishes respectable-sounding but shill organizations such as the anti-labor Center for Union Facts, pointed out in a surreptitiously recorded speech to energy industry executives his goal was not to win but instead to “tie” because a “tie basically ensures the status quo.”

A culture where liberals and conservatives each seek out information from media sources that confirm, rather than challenge, their ideological preconceptions only magnifies this problem. If your trusted source of information claims that objective lies are true, no amount of scientific debunking is going to undo that damage.

This problem has become far more acute among conservatives than liberals because of a decades-long campaign to convince them that all media has a built-in liberal bias. Hence why Fox News chief Roger Ailes exclaimed to then Daily Beast reporter Howard Kurtz, “Every other network has given all their shows to liberals.(They Haven’t)” He concluded, “We are the balance.”

The New York Times, CNN, The Washington Post—they are all part of the liberal media machine. This isolates conservative news seekers to Fox News, conservative talk radio, Breitbart.com, or even websites further out on the fringe such as World Net Daily.

That is the environment in which we enter the 2016 campaign. Enter into this already toxic environment where liberals and conservatives are operating off a different set of facts, Donald Trump is a candidate perfectly equipped to take advantage of the same hacks of democracy that Lies, Incorporated exploit. His large-scale, attention-grabbing lies have not only deceived the public, they have sucked oxygen away from his opponents as the media provides ample coverage of the fallout over whatever his most recent gaff is. Thus far this has distracted from any real debate in the Republican primary, instead forcing candidates to discuss the relative size of their hands and other body parts.

This is exactly the goal of modern political tactics. Bog down debate on already settled or tangential issues to avoid the real questions that need to be dealt with. In the case of issues like global warming, this allows broad swaths of the public to ignore a crisis at hand and in the case of Donald Trump, it distracts voters from recognizing his ignorance on a host of issues.

Ari Rabn-Havt is author of Lies Incorporated: The World of Post-Truth Politics. 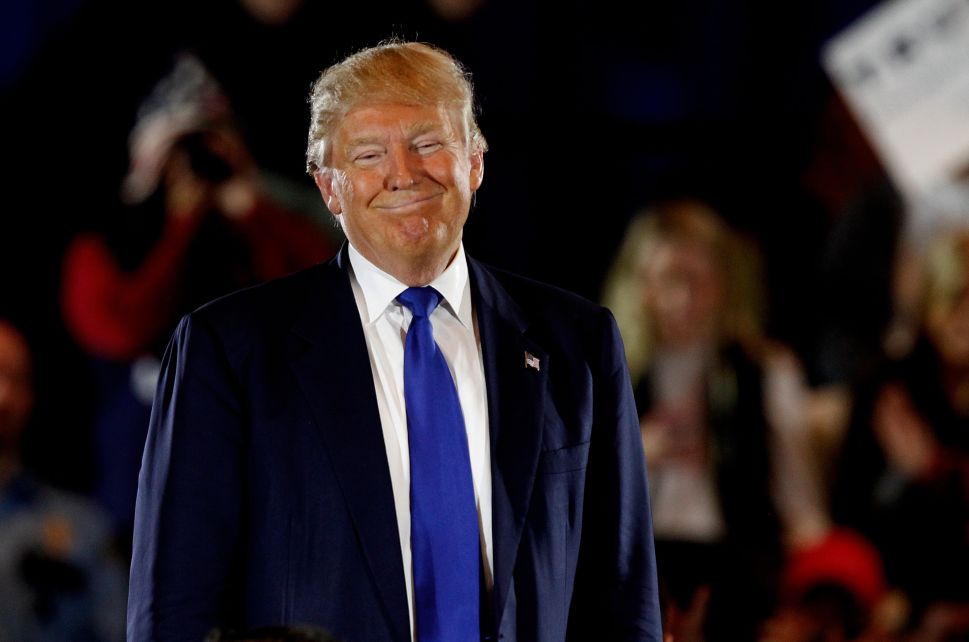