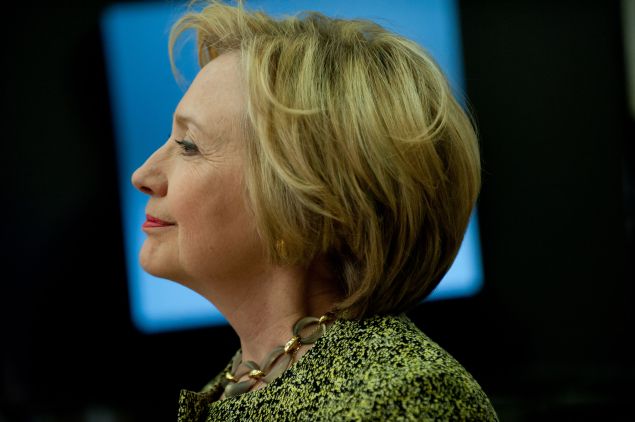 The revelations of the so-called Panama Papers that are roiling the world’s political and financial elites this week include important facts about Team Clinton. This unprecedented trove of documents purloined from a shady Panama law firm that arranged tax havens, and perhaps money laundering, for the globe’s super-rich includes juicy insights into how Russia’s elite hides its ill-gotten wealth.

Almost lost among the many revelations is the fact that Russia’s biggest bank uses The Podesta Group as its lobbyist in Washington, D.C. Though hardly a household name, this firm is well known inside the Beltway, not least because its CEO is Tony Podesta, one of the best-connected Democratic machers in the country. He founded the firm in 1998 with his brother John, formerly chief of staff to President Bill Clinton, then counselor to President Barack Obama, Mr. Podesta is the very definition of a Democratic insider. Outsiders engage the Podestas and their well-connected lobbying firm to improve their image and get access to Democratic bigwigs.

Which is exactly what Sberbank, Russia’s biggest financial institution, did this spring. As reported at the end of March, the Podesta Group registered with the U.S. Government as a lobbyist for Sberbank, as required by law, naming three Podesta Group staffers: Tony Podesta plus Stephen Rademaker and David Adams, the last two former assistant secretaries of state. It should be noted that Tony Podesta is a big-money bundler for the Hillary Clinton presidential campaign while his brother John is the chairman of that campaign, the chief architect of her plans to take the White House this November.

Sberbank (Savings Bank in Russian) engaged the Podesta Group to help its public image—leading Moscow financial institutions not exactly being known for their propriety and wholesomeness—and specifically to help lift some of the pain of sanctions placed on Russia in the aftermath of the Kremlin’s aggression against Ukraine, which has caused real pain to the country’s hard-hit financial sector.

It’s hardly surprising that Sberbank sought the help of Democratic insiders like the Podesta Group to aid them in this difficult hour, since they clearly understand how American politics work. The question is why the Podesta Group took Sberbank’s money. That financial institution isn’t exactly hiding in the shadows—it’s the biggest bank in Russia, and its reputation leaves a lot to be desired. Nobody acquainted with Russian finance was surprised that Sberbank wound up in the Panama Papers.

Since the brothers are destined for very high-level jobs if the Democrats triumph in November, their relationship is something they—and Clinton—need to explain.

Although Sberbank has its origins in the nineteenth century, it was functionally reborn after the Soviet collapse, and it the 1990s it grew to be the dominant bank in the country, today controlling nearly 30 percent of Russia’s aggregate banking assets and employing a quarter-million people. The majority stockholder in Sberbank is Russia’s Central Bank. In other words, Sberbank is functionally an arm of the Kremlin, although it’s ostensibly a private institution.

Certainly Western intelligence is well acquainted with Sberbank, noting its close relationship with Vladimir Putin and his regime. Funds moving through Sberbank are regularly used to support clandestine Russian intelligence operations, while the bank uses its offices abroad as cover for the Russian Foreign Intelligence Service or SVR. A NATO counterintelligence official explained that Sberbank, which has outposts in almost two dozen foreign countries, “functions as a sort of arm of the SVR outside Russia, especially because many of its senior employees are ‘former’ Russian intelligence officers.” Inside the country, Sberbank has an equally cosy relationship with the Federal Security Service or FSB, Russia’s powerful domestic intelligence agency.

Ukraine has pointed a finger at Sberbank as an instrument of Russia’s aggression against their country. In 2014, Ukraine’s Security Service charged Sberbank with “financing terrorism,” noting that its branches were distributing millions of dollars in illegal aid to Russian-backed separatists fighting in eastern Ukraine. Kyiv’s conclusion, that Sberbank is a witting supporter of Russian aggression against Ukraine, is broadly supported by Western intelligence. “Sberbank is the Kremlin, they don’t do anything major without Putin’s go-ahead, and they don’t tell him ‘no’ either,” explained a retired senior U.S. intelligence official with extensive experience in Eastern Europe.

In addition, Ukrainian intelligence has alleged that the FSB collaborated with Sberbank in the bombings of two of the bank’s branches in Kyiv, Ukraine’s capital, in June 2015. The attacks caused no casualties but got major coverage in Russian state media as “proof” of Ukraine’s instability and violent anti-Russian nature. Although the notion that Russian spies would plant bombs as a provocation, what the Kremlin terms provokatsiya, may sound outlandish to those unacquainted with espionage, in fact Russian spies have been doing such things since tsarist times. What I’ve termed “fake terrorism” is a longstanding Kremlin core competency, and it can only be pulled off with logistical support, including with finances.

Predictably, Sberbank has blown off the Panama Papers revelations as nothing of consequence, but the fact that they are an arm of the Kremlin and they do plenty of shady things in many countries is a matter of record. As is the fact that the Podesta Group is their lobbyist in America.

Among the Sberbank subsidiaries that the Podesta Group also represents are the Cayman Islands-based Troika Dialog Group Limited, the Cyprus-based SBGB Cyprus Limited, and the Luxembourg-based SB International. As reported this week by the Organized Crime and Corruption Reporting Project, a consortium of journalists exploring the Panama Papers leak, Sberbank and Troika Dialog are used by members of Mr. Putin’s inner circle to shift public funds into sometimes questionable private investments. In other words, this is top-level money laundering of a brazen kind. As the OCCRP stated plainly, “Some of these companies were initially connected to the Troika Dialog investment fund, which was controlled and run by Sberbank after the bank bought the Troika Dialog investment bank. Troika and Sberbank declined to comment.”

Adding to shadiness of all this, the Podesta Group is playing along with the useful charade that Sberbank is simply a private financial institution, rather than the state-owned bank that it is, since that would require the lobbyists to register as agents of the Russian government under the Foreign Agent Registration Act.

John and Tony Podesta aren’t fooling anyone with this ruse. They are lobbyists for Vladimir Putin’s personal bank of choice, an arm of his Kremlin and its intelligence services. Since the brothers Podesta are presumably destined for very high-level White House jobs next January if the Democrats triumph in November at the polls, their relationship with Sberbank is something they—and Hillary Clinton—need to explain to the public.

CORRECTION: An earlier version of this story referred imprecisely to the fouding of The Podesta Group and to the Podesta brother who registered the firm they founded as a lobbyist for Sberbank. The Observer regrets the errors. 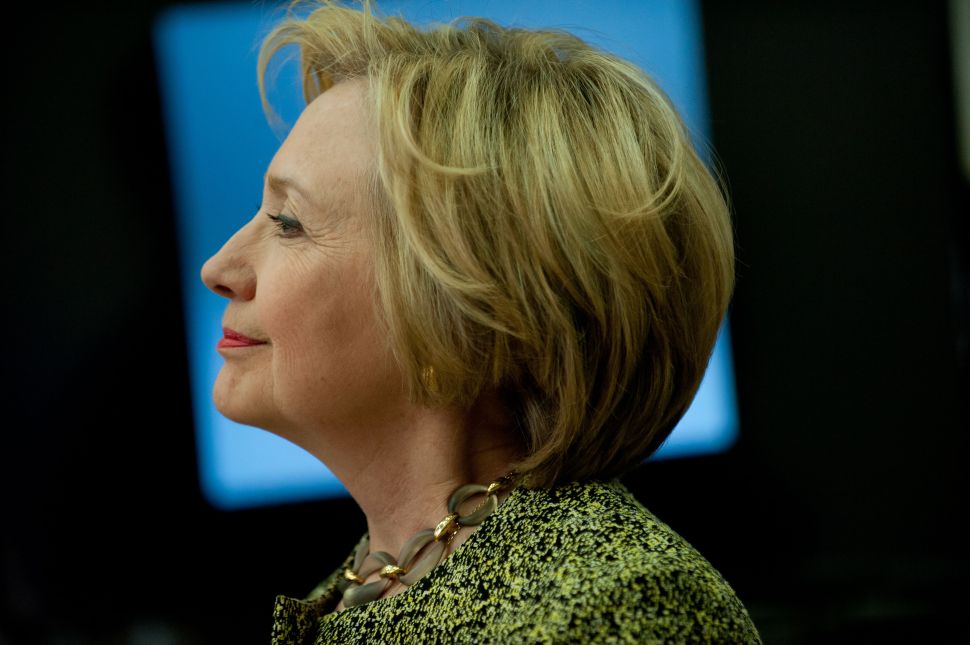