BERLIN – This Passover, as we contemplate our increasingly uncertain future, let us reflect on our make-believe past. Traditionally at the family Seder, Jews quibble over questions such as why this night is different from others or whether God rained toads rather than frogs on our enemies. But there is something we rarely talk about that is of greater concern. It is something that archeologists and historians have been telling us for a century but mostly we have ignored: The Jewish exodus from Egypt is a fiction.

“The archeological evidence does not support the story told in the Book of Exodus” is how the contributors to the Wikipedia entry put it, sourcing a wide variety of scholarly journals and books, many by publishers that have Oxford, Cambridge and Harvard in their names. “There is no evidence that the Israelites ever lived in Ancient Egypt.” Ipso ergo, there is no evidence the Israelites were ever slaves in Egypt. That means the Pharaoh could never have let them go, even if he had wanted to (which, of course, he didn’t)?

Why do we rejoice in the plagues that befell Egyptians, plagues which would count as crimes against humanity had they been committed by Jews rather than the Jewish God.

But the implications of this never having happened go well beyond how we understand Passover. The Exodus is the founding myth of Israel; it is the archetypal story of good overcoming evil. It is the inspiration for events throughout history that really did take place, such as the Pilgrims’ venturing to America, the abolition of African American slavery, even the various intifadas. How can we live in hope of any kind of social mobility if the greatest story of social transformation ever told is not true?

We could try to weasel out of it. A common argument against Exodus denial is the lack of evidence proving the Exodus did not take place. In other words, you cannot prove a negative. Absence of evidence is not evidence of absence. Just because you’ve never seen the hieroglyph of the Star of David in chains does not mean it does not exist in some undiscovered tomb.

But why does it even matter? The truth of the Exodus myth is truer than that of history. What makes it true is that it has been retold for thousands of years. Or that, at least, is what I tried to explain to my ten-year-old daughter’s best friend who was born in Egypt and whom I let attend last year’s Passover. After I had pointed out the historical anomaly, she asked, “Why then do you call us your enemy?” Good point. Why do we rejoice in the plagues that befell her forefathers, plagues which would count as crimes against humanity had they been committed by Jews rather than the Jewish God?

“It’s complicated,” was the best I could muster.

This week, the girl’s Muslim mother called to say that her daughter enjoyed last year’s Passover so much, she was wondering if the whole family might be able to attend this year. “No problem,” I said. “You are almost welcome,” I added, reminded of the misprint on the sign over the entrance of a hotel I stayed at in Cairo in the 1980s; part of a package tour offered to Jews shortly after the Egypt-Israel Peace Treaty came into effect (I swear this is true). Sometimes ‘almost’ is all you can offer guests who come to your home to celebrate the torture and slaughter of their descendants for a crime they never committed.

Rather than discuss this boring topic during the forthcoming seder, I have thought of some entertaining distractions. How about I move the conversation forward a thousand years, reminding my guests that Passover is allegedly also the Last Supper at which Jesus denounced Judas the Jew for betraying him? Or maybe I should mount a defense of the Exodus as prophecy, reminding my guests that even though they were not ‘the enemy of the Jews” in biblical times, in modern times it has come to pass. It’s a little like George Bush’s astonishing presentiment. He was able to defend America against terrorists by invading Iraq ten years before any terrorists were even there.

But wait. I’m forgetting something. The Exodus story of the Torah also features prominently in the Quran. The Islamic telling is less concerned with how exactly the historical events unfolded than is the Torah. Mostly it’s told as a warning to those who oppress others and–more importantly–to those whom Allah chooses to liberate from bondage. If they were to turn around and perpetuate the same crimes against others, God’s wrath would know no bounds.

So it turns out we are all in the same boat. Most Egyptians older than my daughter’s pal know that when Christians, Muslims and Jews refer to them as “our enemy” they are referring to the Egyptians of yore. They don’t take it personally (particularly as the original story is not true). We should not fear a class action suit any time soon.

The real question is whether Jews can brave a world in which they can no longer lay claim to being the original victims? Maybe this will weaken Israel at a time when it is increasingly vulnerable. Maybe denying the Exodus is just a hop and a skip away from denying the Holocaust? Could the debunking justify the annihilation of the Zionist Entity? Or could Israel somehow justify its continued existence by some other means?

The United States has done it. The founding father Thomas Jefferson is still a hero for having advocated “a perfect equality of rights,” even though he himself was found to have owned slaves. The past is the past. All we really have to worry about is the future.

David Hecht heads an independent radio production company www.hechtech.com which makes radio documentaries in English and German. His most recent story, Fake Jew in Germany, can be heard here: http://ab.co/1TlCw3u 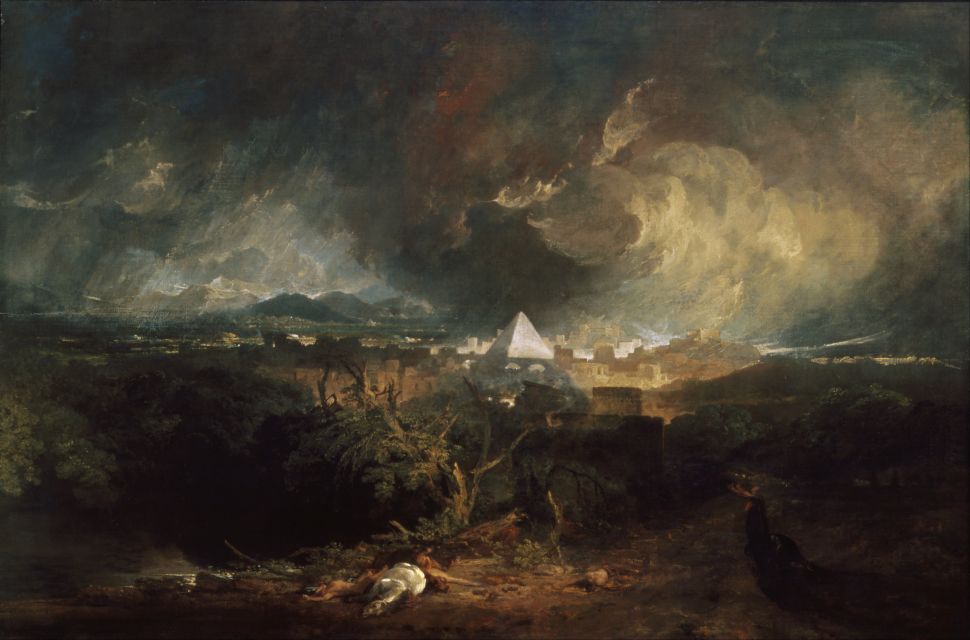