my uber driver pulled up, said its Britney bitch and drove off, what should I do? this was him. @Uber_Support pic.twitter.com/5Vn6pQn6xt

Twitter is a go-to for people who want to vent about their nightmare Uber experiences, and sometimes the company’s support representatives even reply.  Lately, some users have been taking advantage of this fact, tweeting ridiculous complaints and getting a good laugh when they get a concerned response.

The tweets that are a part of this trend are mostly all variations of the same complaint, claiming the driver called them fat/a fatass/a whale/etc., pushed them out of the car and then ran over their dog/son/etc. They all conclude “this is him/her” and include a photo of a celebrity or friend they’re pranking.

For example, in this tweet, a user jokes that his Uber driver offered him cocaine and then proceeded to kick him out of the car:

my uber driver offered me cocaine and said im fat, then kicked me out if the car. this is him. @Uber pic.twitter.com/nUcT3coMQs

@ryangraves @Uber yeah sorry but that tweet was fake. i dont know the guy in the picture and i dont use uber

This similar jokey complaint saw a response too:

my uber driver offered me cocaine and said i looked like a whale, then kicked me out if the car. this is him. @Uber pic.twitter.com/QTK2UlJBRK

@twinkyonepilots Email is the best way to help those who need us. Send us a note at https://t.co/balq3Eyso6 and we'll follow up.

This tweet, where a rider claims her driver ran over her son, got the best reaction:

my uber driver just called me fatass then pushed me out of the car and ran my son over. this was her @Uber pic.twitter.com/2DhmCQIFt9

@ALYCIACALLME That's completely unacceptable, Clara! Please write us at https://t.co/balq3Eyso6 so we can connect.

Some users have been attaching photos of celebrities like Tina Fey, Lady Gaga, Ellie Goulding and Lana Del Rey, although these aren’t getting responses from Uber:

my uber driver just called me a fatass then pushed me out of the car and ran over my dog, this was her @uber_support pic.twitter.com/bOC3jBz7cB

My uber driver just called me a fatass then pushed me out of the car and ran over my dog,this was her @Uber_Support pic.twitter.com/gnYd3XTepF

@Uber_Support my uber driver kicked me out of the car & told me to "run fatty!" then proceeded to take pics of me:/ pic.twitter.com/8WWcbgDGbV

my uber driver said she doesn't pick up lesbians & called me a bull dyke and drove away! This was her @Uber_Support pic.twitter.com/8A8WIQiJND

At least @Uber_Support was able to wise up when it came to famous faces. 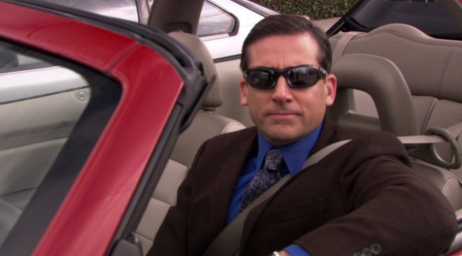