It’s the end of another week in Trenton, but the problems surrounding Atlantic City and the Transportation Trust Fund haven’t been solved. What’s next? Check back Monday.

Quote of the Day: “There are many Republicans who understand that we should not be demonizing the very employees that we represent,” – Assemblyman Chris Brown, arguing against an Atlantic City takeover bill that would allow the state to void union contracts for city employees.

By The Numbers: Assembly Leadership Staffing Allocations
A circulating document this morning has Republicans – and some Northern Democrats – grumbling behind the scenes over what they argue is a disproportionate allocation for Assembly Democrats for their staff compared to Republicans, which includes a sizeable chunk for Assembly Majority Leader Lou Greenwald (D-6) of South Jersey.
PolitickerNJ Editor, PolitickerNJ Read more

Brown Get in Digs at Opposition As Prieto Takeover Bill Advances
Assemblyman Chris Brown (R-2) took the spotlight in the wrangling over the competing state takeover plans for Atlantic City once again on Thursday, as the bill sponsored by Assembly Speaker Vince Prieto (D-32) cleared Assembly Judiciary Committee. Brown criticized what he called the “bipartisan act” of Governor Chris Christie and Senate President Steve Sweeney (D-3), the most ardent defenders of the original and further-reaching Senate version of the bill.
JT Aregood, PolitickerNJ Read more

Christie Continues Animated Visibility Tour, this Time in Cranford
As national-level pundits poke fun at Gov. Chris Christie’s disappearance from the Donald Trump campaign trail, the governor continues to try to shore up his homestead street cred, fulfilling a schedule of three press conferences a week, ostensibly designed to create the impression of presence, to counter what has stuck for some time as a narrative of habitual statewide absence.
Max Pizarro, PolitickerNJ Read more

Governor Tells Prieto and the Assembly to Craft a TTF Bill Instead of Grousing
As Democrats – many of them in South Jersey pivoting hard from their agreement with Governor Chris Christie on Atlantic City in order to emphasize distance and convenient opposition – slam the governor on an insolvent state Transportation Trust Fund, Christie barked back at his would-be tormentors.
Max Pizarro, PolitickerNJ Read more

UBER Issue Not About Social Justice
It is unfortunate that UBER has decided to wage a million dollar campaign of fabrications when they have only been asked to play by the same rules as every other business in the City of Newark. But, it speaks of desperation when they work to cajole the NAACP into the fray and skew the narrative towards a battle for economic justice.
Ras Baraka, PolitickerNJ Read more

Fanucci Running for Mayor of Vineland
Anthony Fanucci, a former member of the Vineland School Board and current City Council President, announced today his intention to seek the office of Mayor of the City of Vineland.
Max Pizarro, PolitickerNJ Read more

In Trenton, Low-Wage Workers Rally for $15 Minimum Wage Boost
Fake money rained from the sky in front of the Trenton State House on Thursday as labor workers and New Jersey Working Families joined together to empty—and then wreck—a piñata in the likeness of presidential candidate Donald Trump and New Jersey Governor Chris Christie. The piñata was a symbol of the perception to groups have of Christie and Trump’s policies on boosting the minimum wage to $15 per hour, something that Christie says he will not consider signing into law in New Jersey.
Alyana Alfaro, PolitickerNJ Read more

in GWB scandal case argue creating a traffic jam is not a crime
Lawyers for two former associates of Gov. Christie have hit back at government prosecutors, insisting that their clients violated no laws and broke no Port Authority policies when they allegedly closed access lanes to the George Washington Bridge to exact political revenge on a New Jersey mayor.
Paul Berger, The Record, Read more

Want tickets to Obama’s Rutgers commencement speech? Most are already taken
If you don’t have a ticket to see President Barack Obama speak at Rutgers University’s commencement already, you might not be able to get one, university President Robert Barchi said Thursday.
Adam Clark, NJ.com, Read more

Is this a joke?: Rutgers prez on receiving Obama commencement call
When the call from the White House came just before noon on Wednesday, Rutgers University President Robert Barchi thought it might be a joke, he said.
Adam Clark, NJ.com, Read more

Ciattarelli for governor? Don’t bet against it
All signs point to Assemblyman Jack Ciattarelli running for governor in 2017.
Know the name, if you don’t already. The Republican lawmaker won’t be a favorite, and he won’t be familiar to many voters beyond Central Jersey and the 16th Legislative District he represents. He’s not likely to be the anointed choice of the GOP machinery because that’s not the way he operates, but that’s also part of his charm as a candidate.
Keith Ryzewicz,Daily Record, Read more

Christie’s communications director stepping down
A key member of Gov. Chris Christie’s senior staff is stepping down to take a job in the private sector, marking another departure of longtime aides from the governor’s office.
Matt Arco, NJ.com, Read more

Trenton police director gets disciplinary notice from council
Trenton’s police director faces a hearing before City Council next week over council members’ concerns about his conduct toward them and two residents.
Cristina Rojas, NJ.com, Read more

Is $10M land buy a plan to stop Lakewood?
More than 50 acres off Route 9 near the Lakewood border could be bought by the township for $10.3 million to protect it from potential development.
Jean Mikle, Asbury Park Press, Read more

Republicans want answers on visit to Iran
Stop us if you’ve heard this one. Three guys walk into … the Iranian Interests Section in Washington, D.C.
Associated Press, Read more 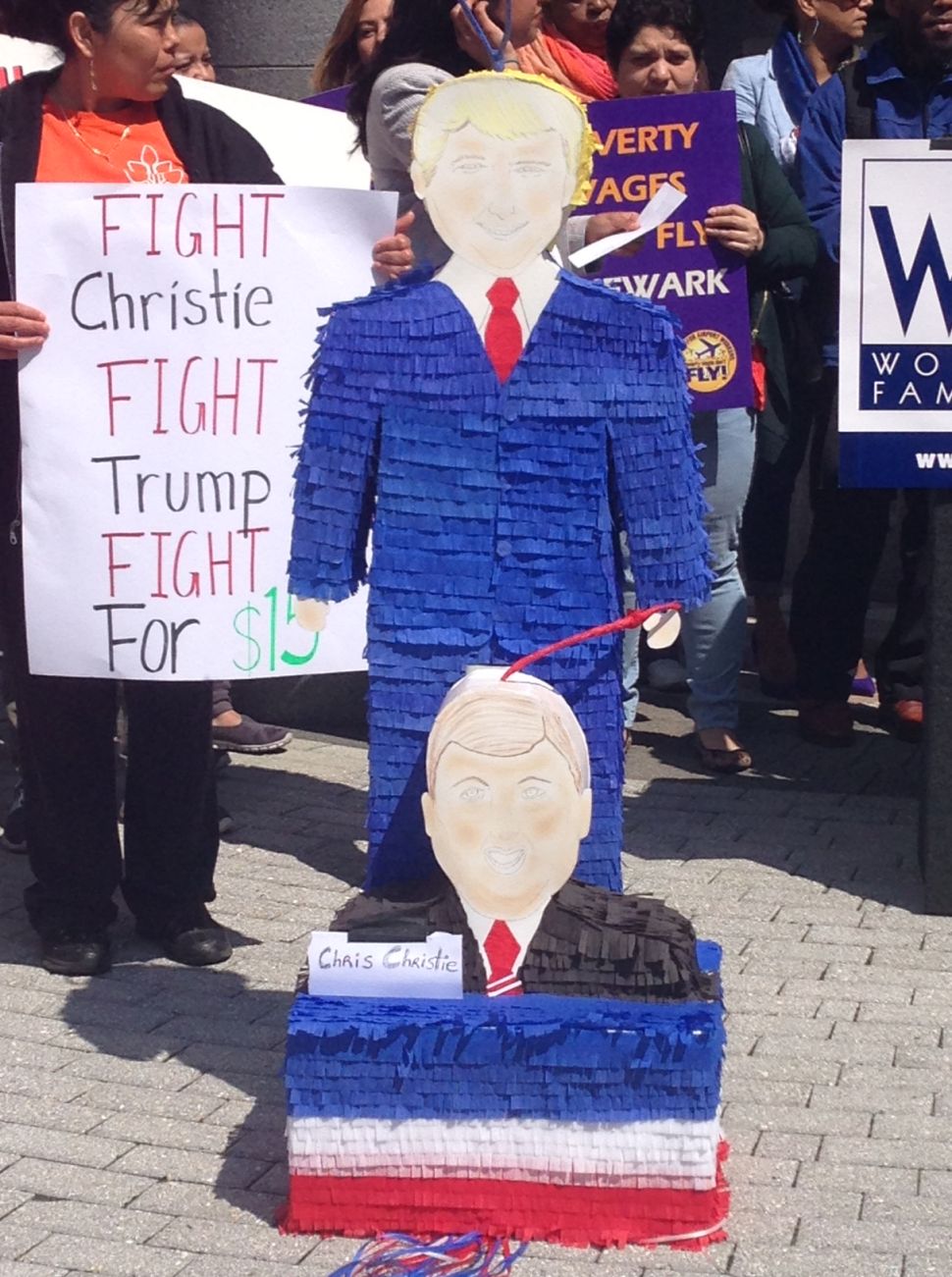