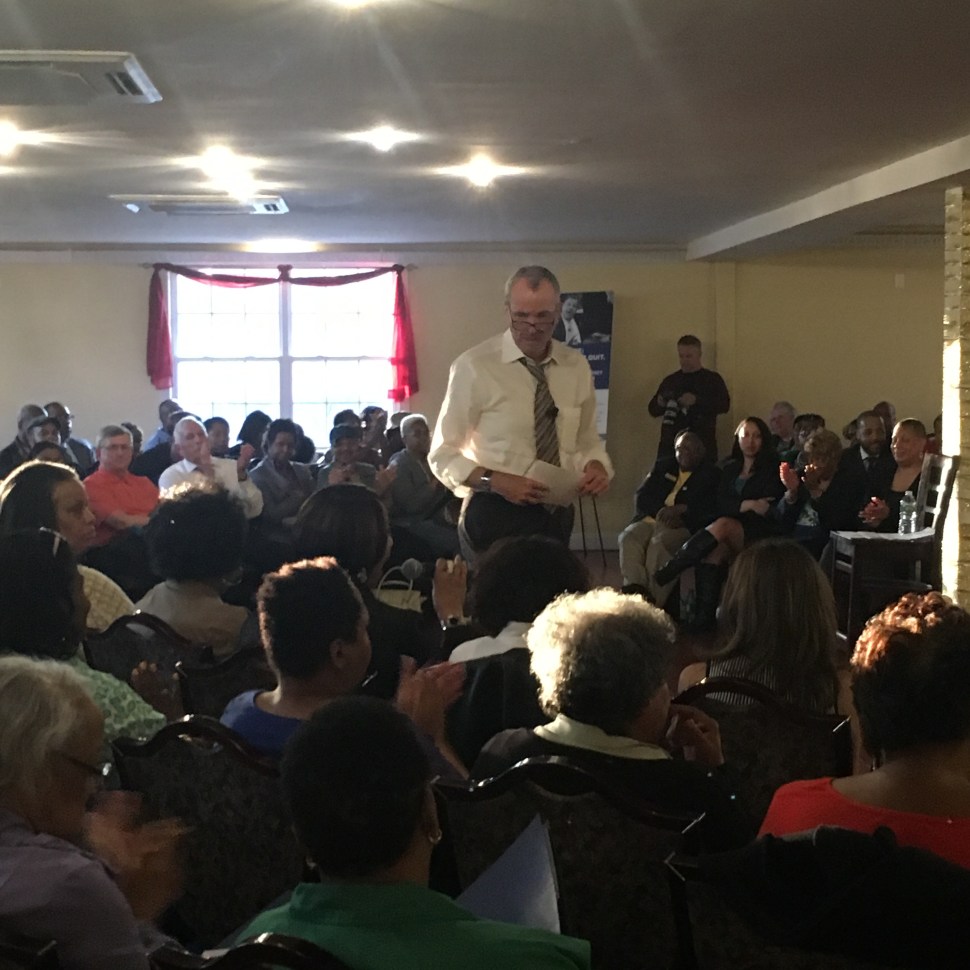 It’s Wednesday, the day after the New York primary. But while political junkies are now looking to the Pennsylvania and New Jersey primaries, there are still the issues of the Transportation Trust Fund and Atlantic City to address.

Quote of the Day: “One of the things you learn in this business and early on, you’ve got to be able to count. He doesn’t have 41,” – Sen. Jim Whelan, on Assemblyman Assembly Speaker Vince Prieto’s chances of advancing his plan to help Atlantic City.

Sarlo Outlines Tax Concessions for TTF Funding in Committee
State Senator Paul Sarlo (D-36) outlined which tax cuts the upper house is willing to offer the governor in exchange for an increase to the state’s gas tax during Tuesday’s meeting of the Senate Budget and Appropriations Committee. That increase would help fund the Transportation Trust Fund’s $1.2 billion line item in Governor Chris Christie’s 2017 budget. The deadline for coming up with a plan to shore up the Trust Fund is June 30, with the fund for transportation infrastructure expected to run out of money by August without a plan in place.
JT Aregood, PolitickerNJ Read more

Whelan and Guardian Go Head to Head on Takeover Bills at AC Forum
As Senate President Steve Sweeney (D-3) and Assembly Speaker Vince Prieto (D-32) approach a compromise on the fate of Atlantic City this week, that conflict over competing plans to have the state take over the city’s finances dominated the discussion at the South Jersey Chamber of Commerce’s Future of Atlantic City forum. State Senator Jim Whelan (D-2) debated sitting mayor Don Guardian over the merits of each proposal Tuesday. Sweeney and Prieto will meet and to try to come to a compromise later this week.
JT Aregood, PolitickerNJ Read more

Judge Rules in Favor of Atlantic City Government in DOE Lawsuit
Atlantic City’s scored a minor victory against the state Tuesday when Atlantic County Superior Court Judge Julio Mendez ruled that the state does not have the authority to freeze city assets and force the local government’s hand in making a late payment to its public schools. The municipality is now filing a counterclaim against the state to have it hand over unpaid aid from the 2015 budget.
JT Aregood, PolitickerNJ Read more

With Paterson School Budget Shortfall Looming, Hearing Held
Assembly members from the Joint Committee on the Public Schools held a hearing at Eastside High School in Paterson to address the issues that the city’s school administrators and residents have been reiterating since the beginning of budget season: securing a return of school control from the state and addressing budget shortfalls that will likely cripple the city’s public school system if not tackled.
Alyana Alfaro, PolitickerNJ Read more

Former Chesterfield Mayor Pleads Guilty
Acting Attorney General Robert Lougy announced that Lawrence Durr – a longtime committeeman, mayor and planning board member in Chesterfield Township – pleaded guilty today to a criminal charge that he filed fraudulent ethics disclosure forms that failed to disclose his financial relationship to a developer. A state investigation revealed that Durr entered into an undisclosed deal to sell transferrable development rights on a 104-acre farm to the developer, and then used his official positions to advance the developer’s plan to build a major residential and commercial project at another site in the township.
Politicker Staff, PolitickerNJ Read more

Everybody Should ‘Advance to GO’ on AC Bailout
The Parker Brother’s game, Monopoly, was created during our country’s depression era. The board’s layout was inspired by the streets of Atlantic City where its creators spent many fond childhood vacations. New Jersey residents have a longstanding affinity for Atlantic City and I do not believe any of us want it to return to the state of urban decay that preceded the casino boom. That is why so many are focused on several proposed bailouts of this seaside resort.
Reed Gusciora, PolitickerNJ Read more

Diegnan Announces His Candidacy to Succeed Barnes in LD18
Eight-term South Plainfield Assemblyman Pat Diegnan this evening announced the endorsement of every Democratic Party Chairman and Mayor in the 18th Legislative District in his bid to succeed Senator Peter J. Barnes III.
Barnes presumably has the votes among his senate peers to seal a Superior Court judgeship offered by Governor Chris Christie, and Diegnan has the support of his running mate, Assemblywoman Nancy Pinkin to supplant Barnes.
Max Pizarro, PolitickerNJ Read more

Trump Takes New York
Donald Trump triumphed with ease Tuesday in the Republican primary in New York, rebounding from a tough stretch that had strained his path to the GOP nomination and highlighted weaknesses in his campaign. Among Democrats, Hillary Clinton and Bernie Sanders were in a close race as polls closed.
Associated Press, PolitickerNJ Read more

Atlantic City sues state for $33.5M it says it was promised
Like a tapped-out gambler just before the bus leaves for home, Atlantic City is going all in, seeking a $33.5 million payout that would solve its immediate cash problems.
Wayne Parry, Associated Press Read more

N.J. Assembly Speaker: Progress on a compromise to help A.C.
New Jersey’s legislative leaders may be a step closer to resolving a dispute over how to rescue Atlantic City from financial disaster.
Associated Press Read more

When will we know how much Chris and Mary Pat Christie made last year?
Tax day came late this year, but for Gov. Chris Christie it will come even later. He likely won’t be disclosing what his family earned last year until the fall.
Claude Brodesser-Akner, NJ.com Read more

Editorial: Rep. Garrett’s anti-gay bigotry could cost him his seat
New Jersey’s most fanatical conservative, U.S. Rep. Scott Garrett, is facing the stiffest challenge of his career this year, and one reason is that donors from the financial sector are horrified by his bigotry against gays.
Star-Ledger Editorial Board Read more 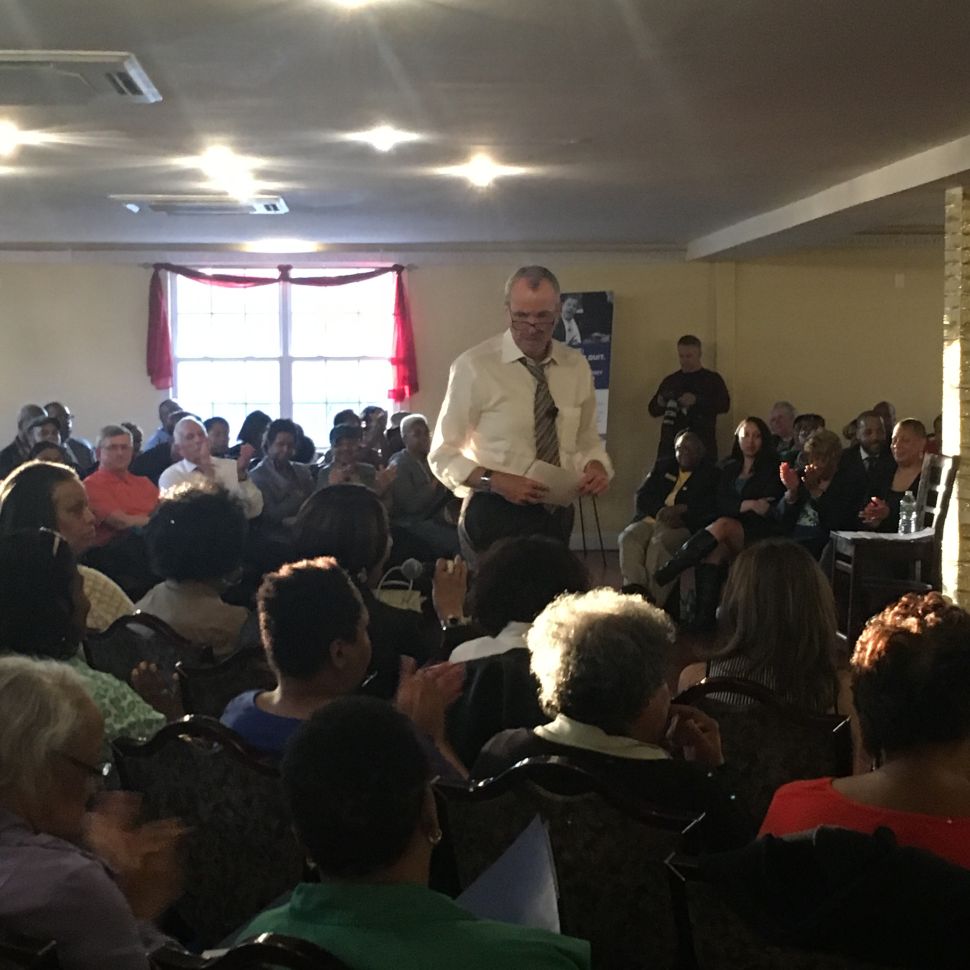