My plan this week was to watch the first four or so episodes of season two of The Unbreakable Kimmy Schmidt and then write something up about it.  Well, it’s just about midnight Thursday and I seem to just be getting started with it.  Which is a little confusing for me; I really didn’t think I’d have any trouble coming up with some kind of therapeutically-oriented topic for a show that focuses on a survivor of extreme, chronic trauma who suffers from PTSD.  Moreover, I heard that Tina Fey plays a therapist who not only has a serious drinking problem but also can’t hold ethical boundaries with her clients.  I assumed this would be beyond easy, but something about this season just doesn’t make sense to me.

Now, to be fair, I did accomplish half of my initial plan: I’ve only watched the first four episodes.  So I haven’t gotten to the drunk therapist, I haven’t gotten to whatever the big emotional release at the end of the season is, and I can only guess at whether Kimmy and Dong are going to get back together or put that off until season 3.  The point being that maybe, like the last two seasons of House of Cards, this show takes six or seven episodes to really get moving.  Maybe that really is the case, but my training and experience are telling me otherwise.

There are plenty of clients who start off their therapy doing not much of anything.  They come in for a session, we chat about their work or an inconvenient car payment, I invite them to go deeper and they decline.  This usually can only maintain for about three sessions before they get to the thing that brought them to my office, but sometimes it lasts longer.  In these cases, usually the thing that helps my clients move past whatever’s blocking them is when I can intuit what it is they’re feeling, and then speak that for them.

This process of intuition comes down to being able to engage in something a little controversial, called exchange.  Exchange, for those who believe in it, is the idea that emotions occur within a system, in addition to happening within a person.  So when a person meets with their therapist, or any other person for that example, chances are good that the two of you will be picking up on the other’s experience and feeling the same things at the same time.

In the case of Unbreakable Kimmy Schmidt, a show that I loved in its first season, what I felt throughout the first third of season two was a desire to avoid.  Watching online, I would constantly browse the internet and have to drag myself back to the show.  And when it came time to write my article, well, that’s turned into a real slog.  And maybe that means the show just isn’t as gripping this time around, but the jokes are still snappy. I’d tune into literally any show with a gag that made me feel as smart as I do for understanding the name Titus Andromedon.

So maybe there’s something to the idea that the characters themselves are putting out this desire to avoid.  In fact, this is a really common occurrence in therapy.  Most of us are, understandably, committed to survival.  We like being alive; it’s where all our stuff is.  And every single one of us has been in a completely powerless situation where our ability to stay alive is entirely at the hands of others.  Most people call this childhood, but  there’s a case to be made for calling it Stockholm Syndrome.  During these periods of being utterly dependent on others for our survival, we learn as children (or later in life if similar situations arise) to maintain a favorable emotional state in our caretakers and captors.  This is great, a totally healthy reaction to an existentially terrifying scenario, but when it sticks around into freedom it can really get in the way of our having adult relationships.

Does this sound familiar?  In the first season, Kimmy did a fantastic job of beginning to work with the horrifying reality of being kidnapped and imprisoned for so long.  She learned all the various insane rules of adulthood, secured some measure of safety and reliability in her life, and even developed emotionally supportive relationships.  If you reference this against Maslow’s hierarchy of needs, it puts her right at the point where she gets to work on being self-actualized.  Which is tough – self-actualization is contingent on being able to acknowledge and accept the horrors of our pasts without being dominated by them, without letting them control who we are now.

In Kimmy’s situation, her survival in the bunker, at least emotionally and probably physically, was contingent on avoiding the reality of her living torture.  The first season is inundated with flashbacks to her making the best out of a bad situation.  It’s very admirable and, in many ways, continues to serve her in her life in New York.  That being said, this ability to make the best does not seem to be a real choice for her.  She’s so good at it, in fact, she even induces this sense of avoidance in the viewer!  Of course, this doesn’t leave much room for her to actually process the totally normal, unavoidable pain that comes with life in this world – the pain of losing Dong, the pain of having selfish friends, the pain of a lost childhood and being on her own.

It’s this ability to induce avoidance in herself, in those around her, that she will have to face in order to grab the emotional life she wants out of this world.  Because look at her, this is a woman who knows she wants to experience the full richness of life.  Kimmy is supportive and present with her loved ones, now she just has to offer that same level of fearlessness and care to herself. 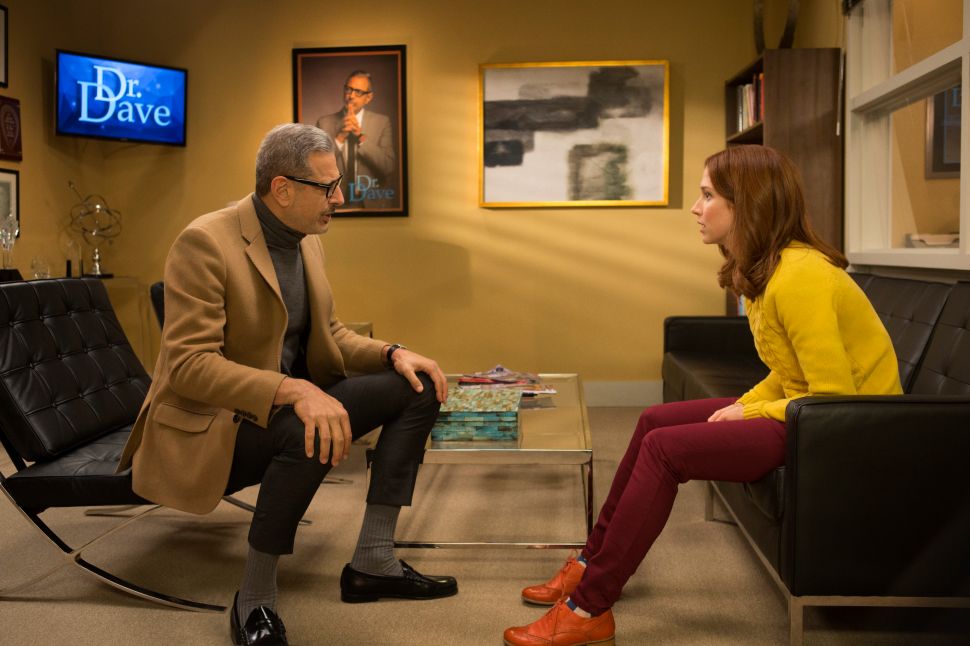