Possessing a private island is one of the most impressive symbols of wealth and luxury, a piece of the world entirely your own.

Put another way: “What do you buy the man who has everything?” George Damianos, the president of Bahamas-based Damianos Sotheby’s International Realty, asked the Observer, before answering his own question. “You buy him a private island!”

Owning one, however, isn’t for just anyone who might have the financial means to do so. Those who do tend to be the more adventurous, independent sort; the people who would rather have a secluded realm of their own instead of a lavish second (or third) vacation home in a perhaps more easily accessible setting.

“The typical buyer is a person who is a strong individualist,” Farhad Vladi, the president and CEO of Germany-based brokerage Vladi Private Islands, told the Observer. “Because of the irregularities, like weather or other circumstances.”

Such was the case with the artist Bo Bartlett, who first fell in love the coast of Maine when he spent a summer on an island owned by the late artist Andrew Wyeth.

“I loved how real it was,” Mr. Bartlett recalled. “I went for four or five years, and stayed in the summer and rented a house. One year, my son was up there with us, and he got a kayak and rode over to another island, and he said, ‘Dad, you’ve got to get it.’ ”

“It wasn’t for sale or anything,” Mr. Barlett continued, “but I just fell in love with it. It just felt right.” Mr. Bartlett discovered it was Wheaton Island, and the woman who owned it lived in Boston. “She’d never been—not once! Her grandfather owned it, and gave it to her.” Mr. Bartlett sent the woman an offer, which she accepted, in 1999.

“It was 17 years before I built anything new, besides an outhouse. Everything else is just restored,” Mr. Bartlett said, including the main house and guesthouse.

“Last summer, my wife [artist Betsy Eby] and I built two new studios on the island, facing the open ocean—it’s glorious. We have his-and-her studios,” he added proudly.

“We’re always there by July 12,” he said. “And we’re usually chased out by the end of October, depending on hurricanes—with the new studio, there’s a chance we might start to go a little earlier,” he said, his excitement about this prospect evident.

“It’s the perfect life for a painter,” Mr. Bartlett declared. “We can be outside all summer, and it’s not too hot, or too cold, and the sea is right there beside you. We can watch the sunrise, and go to bed at dark and watch the moon rise—just the rhythm of nature.”

While Mr. Bartlett purchased Wheaton Island for what he said was a “very reasonable” price, islands can be rather expensive entities.

And what would one get for over $50 million? “It would be something in the Caribbean, perhaps with its own air strip, a harbor. Maybe five houses, a beautiful private lake with flamingos, beautiful sandy beaches and little elevations. If it’s all perfect, you have to look at the $50 million,” Mr. Vladi said, laughing.

A 1,100-acre Greek island in the Ionian Sea falls within that price range—it’s between the islands of Ithaka and Lafkada, and is on the market for $45 million with Mr. Vladi. Along with both sand and pebble beaches and sea caves, it has a house and a church already built on the island.

“The typical buyer is probably in the $1 million to $3 million range,” said Chris Krolow, the founder and CEO of Toronto-based Private Islands Inc., which sells islands in a number of locations including Belize, Canada, Connecticut and Fiji. “They’re looking for an island that’s tropical, with at least one white, sandy beach and somewhat accessible. These islands are the most sought after, so they usually fall in the more expensive, $3 million-plus category.”

One such island currently on the market is Gumelimi Cay, located within the Exuma Chain of the Bahamas. “There’s nothing there, it’s entirely virgin,” said Mr. Damianos. The 8-acre island, which has three private beaches and has never been built on or inhabited, is listed for $17.9 million.

“The Exuma Chain is kind of like the who’s who of where you want to be,” Mr. Damianos declared. Celebrities like Johnny Depp own islands there, and some have turned their private islands in the region into luxury resorts.

Magician David Copperfield, for one, reportedly spent $50 million to buy Musha Cay in 2006. Also located within the Exuma Chain, it is comprised of 11 different islands spread out over 700 acres. Mr. Copperfield promptly renamed it “The Islands of Copperfield Bay,” and transformed it into a resort with a starting rate of $39,000 a day (four-night minimum), and allows only 24 guests at a time. It includes five guesthouses and 40 beaches spread throughout the islands. A lighted tennis court, custom outdoor theater with a two-story silver screen on the beach and a 2,200-square-foot beach pavilion are just a few of the amenities.

In the British Virgin Islands, Virgin Group billionaire Richard Branson paid $180,000 for Necker Island in 1979. The ensuing resort now has a Great House along with eight smaller dwellings. Rates begin at $78,000 per night, allowing up to 34 guests on the island, which has two freshwater infinity pools, tennis courts and a 100-person staff.

While most don’t operate their private islands à la Mr. Copperfield and Mr. Branson, the concept of a smaller resort within one’s island has become more popular, even if just to rent out the guesthouses that aren’t in use.

“I’m finding that more and more, owners want to do both—they have their main, private villa, and also want to monetize it, and maybe have a small boutique resort on the other side, so that they are also earning income when they aren’t there,” Mr. Krolow noted.

For Mr. Bartlett, the ability to have friends come visit Wheaton Island is a part of its charm, and not a matter of renting out extra rooms.

“A lot of friends from New York come and visit during the summer,” Mr. Bartlett told the Observer. “I’ve got friends in several other places in Maine, on other islands, and it’s like we all have a little club. We all go visit each other, all separate and isolated and in our painting, and when the time comes, we go see each other.”

Private islands are, of course, rather costly to maintain. “You could spend $1 million or $2 million a year maintaining an island—the cost depends on the style of the island,” Mr. Damianos explained.

“If it’s a nice, sophisticated island, it would have a manager,” Mr. Damianos continued, along with staff for “cleaning and laundry…and to take care of the grounds. Most of these islands have chefs, too, and boats—you might have a plane or seaplane!”

While not all islands require a staff, even the most fundamental island upkeep is rather expensive.

“If you have an island I would call ‘basic,’ or ‘rustic,’ and everything is run sort of on a simple, more casual basis, you could probably get by with $200,000 to $300,000 a year,” Mr. Damianos conceded. “In other words, not centrally air-conditioned and without a sophisticated system.”

Those costs, however, are often seen as a small price to pay for the pleasure of the island.

“The whole rest of the year, when we’re back in what we call ‘chaos civilization,’ we’re just waiting for the time when it’s warm enough to get back,” Mr. Bartlett said.

“You get back in touch with what it means to be alive, and be a human—it’s a pretty powerful experience,” Mr. Bartlett added. “It’s an ideal life.” 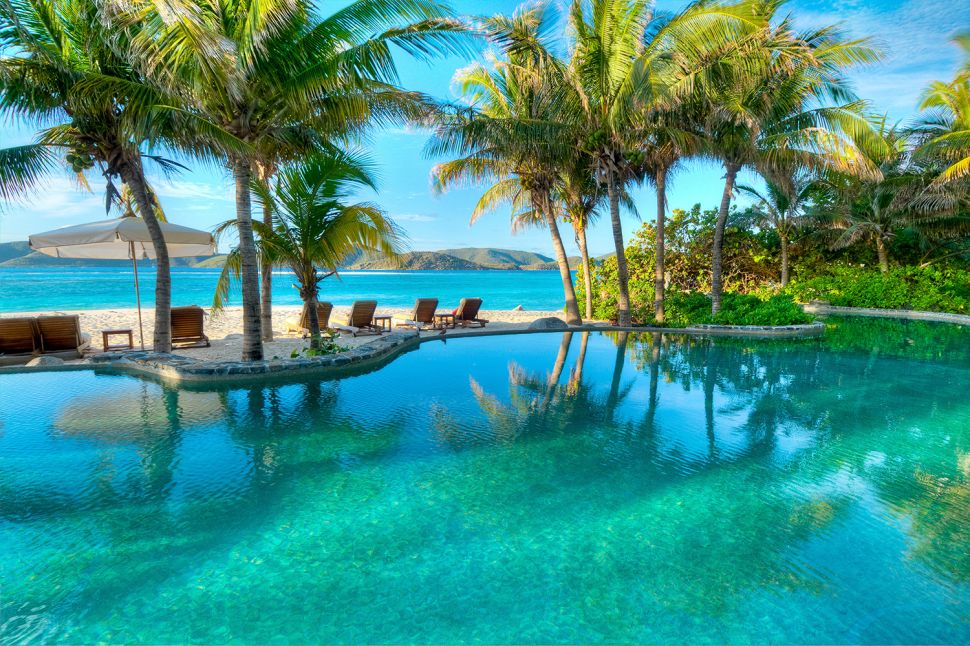