Amid our recent feminist revival, art and entertainment have frequently come under fire for promoting male violence toward women. From Robin Thicke’s hit song “Blurred Lines” to romantic comedies like Say Anything and Love, Actually, we are told popular culture, drenched in patriarchy, normalizes abuse against women. While cultural messages about men and women, sex and romance are legitimate fodder for critique, this particular crusade is based on overhyped evidence and skewed, paranoid interpretations—and on a simplistic, rigid view of relationships.

Take the latest alarm about the perils of pop culture: a flurry of reports announcing a link between romantic comedies and women’s acceptance of “stalker-like behavior” by men. The headlines were ominous: “Romantic Comedies Teach Women That Stalking Is a Compliment” (The Huffington Post), “Study Finds That Romantic Comedies Normalize Stalking” (The New York Times). The reports even suggested that women’s conditioning by romantic comedies could make it harder to prosecute stalkers.

The study that prompted the outcry, by University of Michigan postdoctoral researcher Julia R. Lippman, was based on a sample of more than 400 female undergrads who watched an excerpt from a longer film: a romantic comedy in which a man pursues a woman (There’s Something About Mary or Management), a scary thriller in which a woman is stalked by an abusive ex (Sleeping with the Enemy or Enough), or a wildlife documentary (March of the Penguins or Winged Migration) viewed by the control group. The viewers then filled out a survey measuring their agreement with “stalking myths”—such as the belief that victims are often responsible for sending mixed messages.

What the study actually found was that women who had just watched the scary movie were less likely to accept stalking myths than the others, but there was no significant difference between the rom-com watchers and the viewers of the wildlife docs. In other words, women who had watched Sleeping with the Enemy were unsurprisingly more sensitized to the dangers of stalking (at least immediately after the screening), but those who had watched There’s Something About Mary were no more inclined to romanticize stalking than those who saw March of the Penguins. The headlines were wrong.

But even these results have caveats.

First, those scoring highest on stalking myth acceptance still disagreed with those myths, just less strongly than others. Second, some statements classified as “stalking myths”—for instance, that most stalkers are mentally ill—hardly normalize stalking. The belief that pursuing someone who does not seem to return your feelings is natural human behavior also tags you as a stalking-myth endorser. But surely such pursuit does not always amount to stalking—and most people understand the difference.

Actually, it is the acceptance of romantic pursuit that seems to be the ultimate target of critique. In a report on Ms. Lippman’s study at Atlantic, Julie Beck asserts that in romantic comedies and “potentially” in real life, “the continuum of behavior from stalking to unwanted attention to assertive courtship can be hard to read.” Is that true? The only evidence cited to support this claim is another study, from the University of Pittsburgh, in which students who had been in unrequited love (especially males) had an apparent tendency to overestimate the level of reciprocation and encouragement they received. The study gave no indication that such overestimation led to stalking; while some students in the sample were classified as having engaged in or experienced “stalking-related behavior,” the vast majority of it was normal but unwanted courtship, which sometimes made its recipients annoyed or uncomfortable but virtually never fearful—regardless of gender.

Romantic movies, whether comedies or dramas, don’t necessarily offer healthy views of relationships. Taken at face value, they often do condone or even glamorize manipulative, deceptive and obsessive behavior that would be clearly unacceptable in real life. But, first of all, any sane adult recognizes them as escapist fantasies.

But never mind stalking: Some feminists go so far as to assert that positive depictions of male pursuit of women promote rape by teaching men not to take no for an answer. And these are not just a few fringe crazies but mainstream pundits like political analyst Zerlina Maxwell, now on Hillary Clinton’s campaign team. A 2014 piece Ms. Maxwell wrote for Mic, the millennial-oriented news and culture site, was headlined, “Rape Culture Is Everywhere Our Children Can See—Watch Your Favorite Movies Prove It.” Examples include the 1989 classic teen romance Say Anything because the hero sets out to win his girlfriend back after she dumps him (under pressure from her father), as well as Seth Rogen’s comedy Neighbors because the schlubby guy gets the beautiful girl—supposedly sending men the message that they can win an unattainable woman if they’re persistent enough.

Really? Granted, the famous Say Anything scene in which Jon Cusack’s character woos his ex by showing up under her windows in the middle of the night with a boombox playing her favorite song would probably not go over well in real life. But fiction tends to dramatize and exaggerate—that’s part of its appeal. And Ms. Maxwell’s own argument may not be all that reality-based, given her apparent view that that anyone who tries to talk a partner out of ending a relationship is a likely stalker if not a potential rapist.

Of course romantic movies, whether comedies or dramas, don’t necessarily offer healthy views of relationships. Taken at face value, they often do condone or even glamorize manipulative, deceptive and/or obsessive behavior that would be clearly unacceptable in real life. But, first of all, any sane adult recognizes them as escapist fantasies rather than guides to life and love. And second, it’s not just male behavior toward women that gets such treatment.

A common feminist claim, repeated by Ms. Beck and Ms. Lippman, is that movies usually portray stalkerish actions by men as appealing while condemning female pursuers as pathetic, crazy, or dangerous. But there are plenty of examples to the contrary, from the 1938 Katharine Hepburn/Cary Grant screwball classic Bringing Up Baby onward. Sandra Bullock’s mousy character in While You Were Sleeping (1995) passes herself off as the fiancée of the comatose handsome man she’s been fantasizing about and eventually “wins” his brother. In the 1992 Steve Martin/Goldie Hawn comedy The House Sitter, a con artist moves into a man’s unoccupied house after a one-night stand and poses as his wife; of course, true love blooms. In My Best Friend’s Wedding (1997), Julia Roberts’s heroine tries to sabotage her friend’s impending marriage after realizing she is in love with him; she fails but is still rewarded with the realization that she can do just fine without him and is last seen enjoying the company of her dashing gay friend.

The grain of truth in romantic fiction, and perhaps the reason it strikes a chord for all its unrealism, is that relationships can travel rocky roads to happy endings. Rejection can be followed by a change of heart and breakups can be followed by reunions—not because a woman’s “no” means “yes” or “maybe,” but because people’s feelings can change, regardless of sex or sexuality. The idea of winning someone’s love does not lead to stalking or rape anymore than the idea of sexual fidelity leads to murder in a jealous rage.

Onscreen love stories, which often abound in stale clichés and contrived plots, are not for everyone. But if you are a fan of the genre, you are not enabling stalkers or contributing to tacit acceptance of women’s oppression. We don’t need to be protected from “wrong” ideas in entertainment—and we certainly don’t need romantic pursuit purged from entertainment or life. 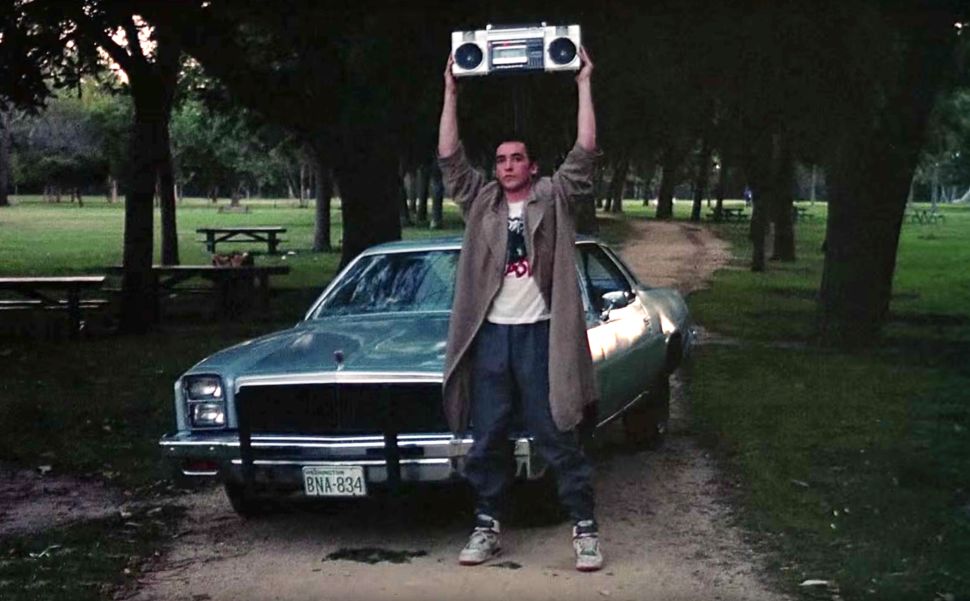