Someone is leaking information from the Real World house. The world now knows that Jenna has said racist and homophobic things months before these things she said were going to be aired on tv. Her life is ruined…because of these leaks. Not because she said these things. Not because these things she has said were being filmed for the purpose of people watching them on a television, laptop, or mobile device of their choice. But because someone, she highly suspects Kailah and Chris, leaked the things she’s been saying out to the media via email and or phone call. But why would they do such a thing? According to Jenna, it is because they hate her but also are jealous of her. I am jealous of you therefore, I am leaking this info that is already scheduled to air because if it wasn’t we wouldn’t have a budget to afford these cameras, boom mics, or sweet ass hoverboards. Jenna’s mom calls to tell her the whole internet, and THE MEDIA, and the whole world all hate her. Jenna wants to fight Kailah. Jenna wants to break some skulls. Jenna thinks people think she’s racist because people are calling her a racist and not because the things she says are racist. It is everyone else’s fault. So who leaked the leaks?

Well, of course Chris leaked the leaks. Why Chris? Why did you leak the leaks of things that hadn’t aired yet? To start a national conversation about inequality, duh. Chris is responsible for all the leaked information but he won’t admit to it. He lets Kailah continue to carry the majority of the blame. Which side note, if you didn’t already think Kailah was awesome, look at this thigh tattoo they showed for the first time this week. I want that exact same thigh tattoo except I want mine to be of a character from the all-time highest grossest movie ever, Avatar. Everyone was getting Avatar tattoos when that movie came out. Where did they all go?!? 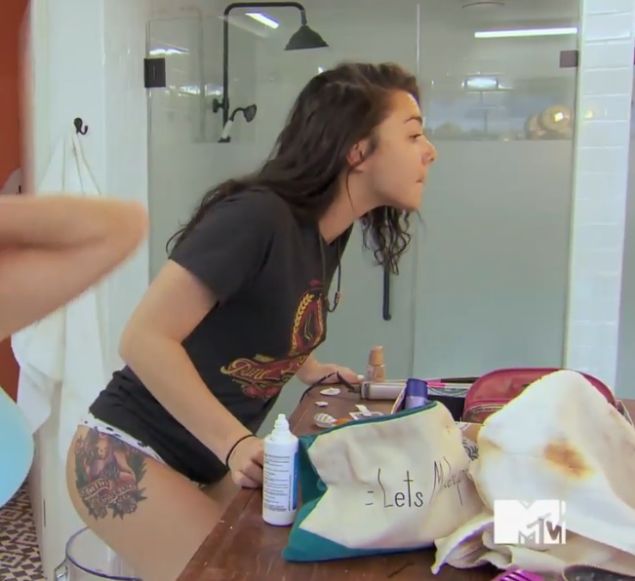 So Chris leaked the info to his home friends and got the national conversation started. But he won’t admit to it. Guess what buddy, this is Go Big or Go Home. The Producers, who are my absolute heroes at this point, call Chris into the confessional and give him a private mission. TELL THE TRUTH ABOUT THE LEAKS. So he has to do it. Or else he goes home. Let’s address what this means for a moment. Because all of the missions were laid out on the wall weeks before any of this came up. And TRUTH was up there. So the Producers, I’m guessing Producer Matt who is clearly the best Producer because he gets to be on camera all the time and also he wears a hat that says “PRODUCER” on it, were like let’s just pocket this TRUTH mission because we know that somebody is going to lie about something to someone this season and then BAM, we’ll make it a mission and blow it all up. Producer Matt is Keyser Soze in a house full of Stephen Baldwins. Chris tells the truth and Jenna sort of forgives him to his face but she makes it known that this ain’t over.

The thing that becomes clear about Jenna this episode is that she really doesn’t believe she’s doing anything inappropriate. She’s upset at the leaks because she’s being painted as a racist/homophobe but she’s not worried about the episode airing which means she doesn’t think she said anything wrong. She’s more upset that she’s getting the reputation for saying things she doesn’t think she said. Part of the reason the other houseguests kept her in the house was to hopefully widen her perspective somewhat. And I give Ceejai a lot of credit for still being supportive of Jenna despite the nasty, hateful things Jenna has said. Everyone I talk to about Real World, which is everyone I come in contact with because I am obsessed with it, all agree that so far Ceejai is their favorite. She’s thoughtful and kind and funny. Who else could pull off a conversation about how being on this show takes away all your privacy while simultaneously being on the toilet with the door open with the camera on you? All hail Ceejai. She gives Jenna some support when she needs it, despite the hurtful things Jenna’s said directly to Ceejai. That’s not easy to do.

Dione is having his own issues this week. He is broke and has basically acquired a hardcore gambling problem while living above a casino. Dione never has any money because he lives off the land which means he eats other people’s Hot Pockets whenever he can. But I’m guessing it’s a lot easier to live off the land in regional New England than it is when your basement is a Las Vegas Hotel. He finds money in his pants and gets faded in Blackjack. Dean lends him $200 and he puts it all on black and loses. In order to make some cash to pay Dean back, Dione decides to be the first Real World panhandler. He hits the strip with the camera crew and a sign. Some people even give him money. We’ve now come full circle to when Julie spent the night in the homeless shelter in season one, except not at all. Dione shows a streak of self-awareness that it might come off like he’s making fun of the homeless and that people are in actual more need than he is so he gives all the money he’s collected to a guy on the street and is on his way.

There were a couple other missions this week, making it one of the more mission heavy eps. I like the idea of Go Big or Go Home missions in theory because something is at stake but, and this is true for The Challenge as well, the challenges are my least favorite part. Eliminations are great but the challenges don’t do it as much for me especially without TJ being there to heckle. Although Producer Matt being like “IF YOU DON’T PUT THESE SPIDERS ON YOURSELF THEN YOU ARE GONE” is pretty special as well. Ceejai and Jenna are terrified of spiders so they brought in Jules Sylvester (great name!) the spider wrangler to put arachnids all over their bodies. This was entertaining because of how much people wanted Jenna to fail so she would go home. Also, one of the spiders crawled across Dione’s face. The next mission was stunt-flying in mini-planes which looked pretty cool and they went so fact that Dean, Chris, and Kailah all blacked out from the G-force while the pilots trolled them about not getting enough sleep. Nobody has gone home yet. It’s crazy to me that this season where they’re trying to eliminate people might not actually have anyone go home when every other season usually has someone getting kicked off naturally.

Last but not least, Kailah revealed that she wants to be a journalist. Her plan is to move to Utah and write a kickass piece about Mormons and then get it published. Kailah, please do this. I really need to read that article. Thank you. The end. 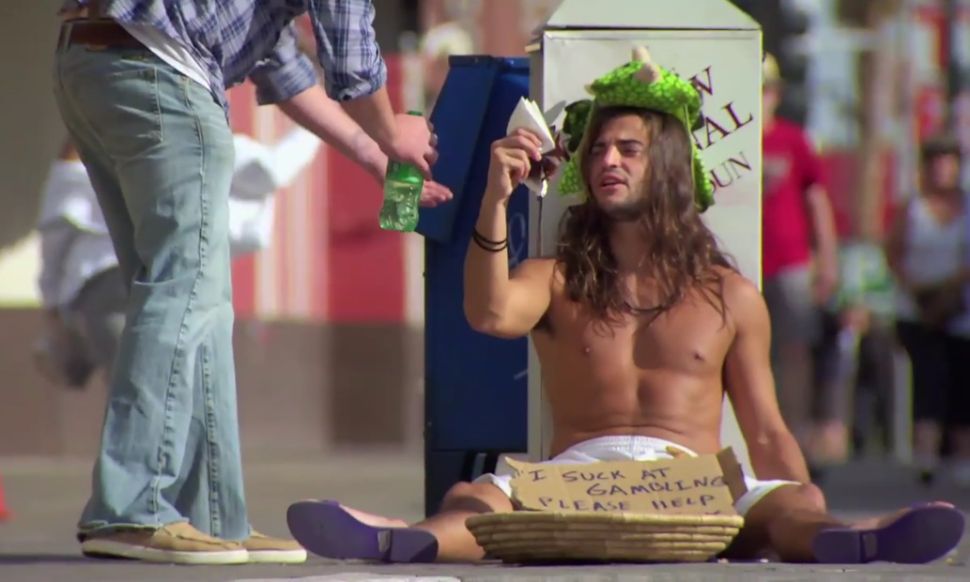