“This is a celebration of her way of taking pictures, and her career,” W Magazine’s Stefano Tonchi said last night at The Museum of Art & Design for the stateside premiere of Yvonne Scio’s Magic Moments. The documentary chronicles the works of photographer Roxanne Lowit. “She’s been a presence in my life for so many years, probably more than 30 years. In Paris she was a fixture in very show and every party, and you always recognize her for her look. Ms. Lowit herself was on hand, sporting this signature look of black, thick-framed spectacles and a dark bob haircut, to celebrate the film.

She admitted that she preferred to be behind the lens though. “Filming this was nerve-racking,” she said of Magic Moments. “I’m used to the other side of the camera, and I’m not a performer. It’s difficult to be natural in that situation. I just love being behind the camera and observing.” She has observed some truly epic moments featuring the likes of Salvador Dali, Irving Penn, and Helmut Newton, though she does have her favorites. “I love the one I took of Martine Bertrand with her boobs out, “ Ms. Lowit recalled with a laugh. “There’s also the three supermodels in the bathtub after the Versace party. There’s just so many, and I was very lucky to walk through all of these wonderful worlds and meet all of these amazing people.” The three champagne-swilling supermodels she referred to were, of course, Naomi Campbell, Linda Evangelista, and Christy Turlington.

“She’s able to take real people and make them do things,” Mr. Tonchi continued to gush as Angela Missoni wafted by with her mother Rosita Missoni in tow. “She’s an instigator and arranges the situation, so it’s never just the reality, and that’s what makes it so special. We had so many fun moments, especially when I was working with Esquire. We did this one story with all of these drag queens, and Christopher Meloni in suits. All of the boys were getting so drunk, and the drag queens were getting all so excited. It was too much fun, and there are so many more of those moments.” 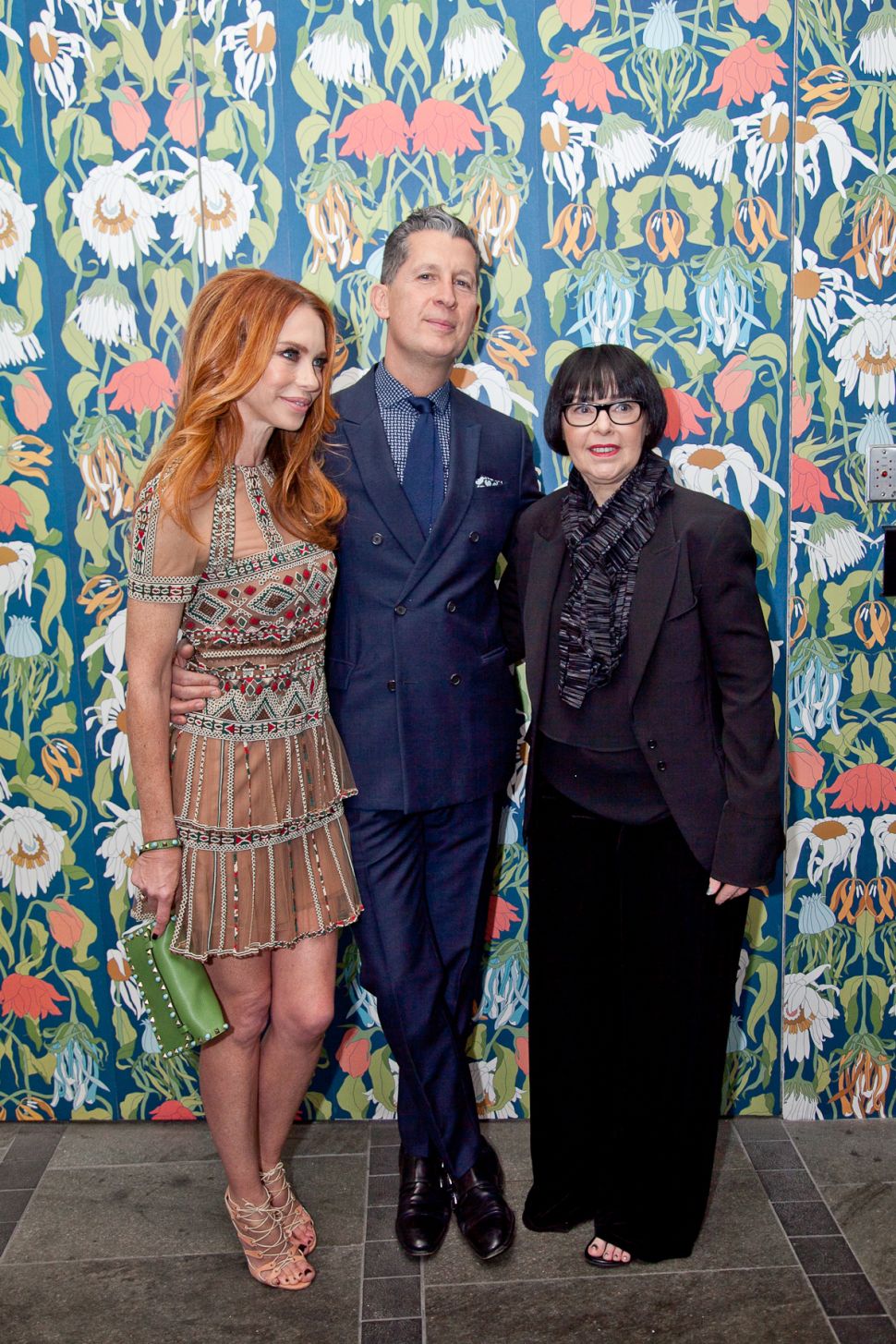