Remember those awful three months after we all saw The Force Awakens where there was no new Star Wars to talk about? Dark times. Well, thanks to the first trailer for Rogue One: A Star Wars Story, those days are over. Let us never speak of them again. Behold:

Sure, it’s not Episode VIII, but we now live in a world where a new Star Wars movie comes out every year. And, at least as far as this teaser shows, the quality doesn’t seem to have suffered at all. Rogue One will tell the story of the mission to retrieve the Death Star plans that Leia hides in R2D2 at the beginning of A New Hope. Of course, if you’re a Star Wars fan, you probably already know that. If you know a Star Wars fan, they’ve most definitely told you all about it. Whether you wanted them to or not.

Chances are, if you checked the Internet at all this morning you were bombarded with…

If you haven’t completely bought into the Star Wars hype, the Internet isn’t the friendliest place today.

me trying to fit in with all my friends that love star wars pic.twitter.com/Wqo9i8t2cu

But if you have, then this was probably your face all morning.
https://vine.co/v/iIItD9OQLBT

Because that teaser is good enough that it could even make the main series cast jealous.

When a new Star Wars Trailer comes out and you're not in it. pic.twitter.com/l5OAGjIGgM

Being the nerds that we are, the Star Wars fandom immediately began dissecting every aspect of the trailer. There’s so much to unpack. First, there’s the scene that appears to have been shot in London’s Canary Wharf tube station. Londoners are having all kinds of fun with that.

When you're fighting the empire but you have to catch the last tube from Canary Wharf home pic.twitter.com/vM5Hf5AhyJ

That’s not the only familiar location spotted in the teaser.

(Wait, so does that mean Notorious B.I.G. is canonically part of the Star Wars Universe? And by extension, is Brooklyn? You guys! I live in Star Wars!)

We also caught glimpses of Donnie Yen and Forrest Whitaker. Here’s hoping we get to see some of this.
https://vine.co/v/iITeYmImexB

Then there’s the main character Jyn Erso, played by Felicity Jones. With one line, she instantly became many people’s new favorite character.

Though out of context, it could turn the movie into a teen comedy.
https://vine.co/v/iIIl0Azi0pr

Most importantly though, she’s the second female lead in a Star Wars film. That’s kind of a big deal.

THIS IS MY BRAIN.

THIS IS MY BRAIN ON LADY STAR WARS.

Predictably, some corners of the Internet have a huge problem with that. Corners like the comments section on YouTube.

BREAKING casting a woman in a leading role is a cash grab conspiracy that ignores fanboy concern #RogueOne #staywoke pic.twitter.com/jmCI1bzhEy

Are we going to have to deal with this every time a woman is cast in a lead role?

@ people who bitch about another star wars female lead pic.twitter.com/EqL62f4LHI

At least fans have responded to the backlash in the best ways possible.

If you're all, "Ugh ANOTHER female lead in Star Wars?" but have never had that reaction to a male lead: pic.twitter.com/y5bf85RTS7

A dude tries to tell you that feminism is destroying Star Wars and you're all like pic.twitter.com/jL4b42bjsW

But at the end of the day, who care’s about those people. We have much more important things to talk about. Like just how awesome that trailer is. 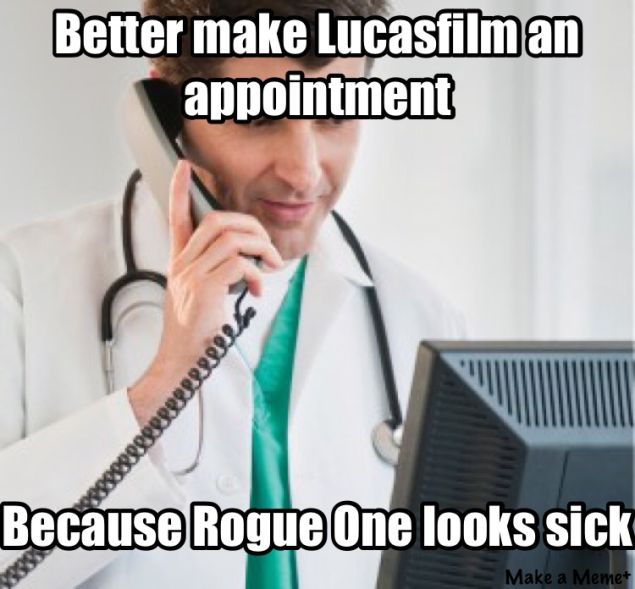 Man, do we really have to wait until December for more? Well, only one thing to do.

Tell my friends and family I’ll miss them. 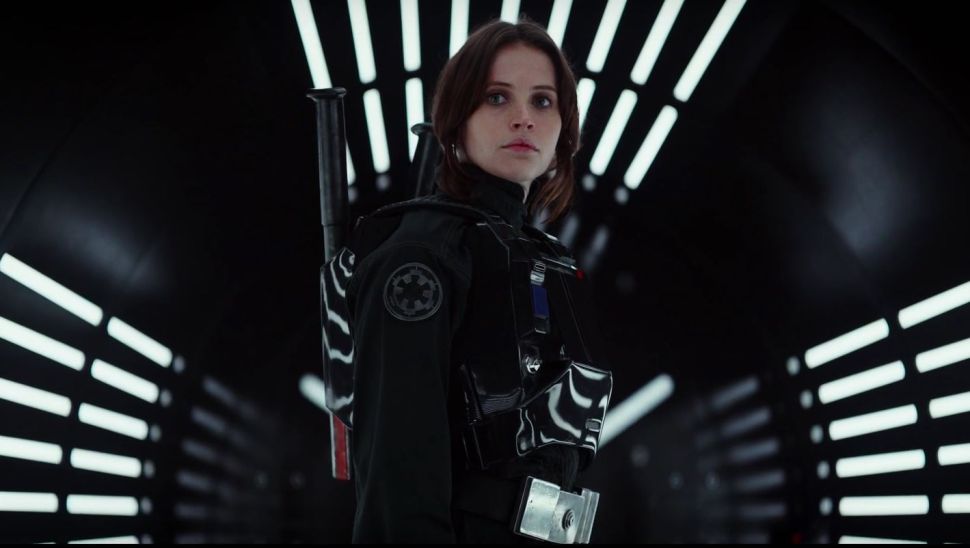