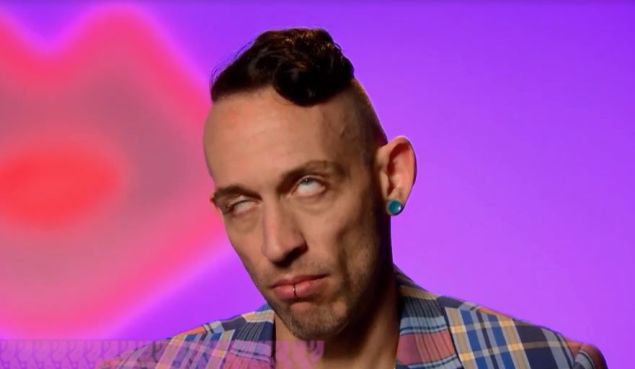 The editors of the show have been having a little field day with Derrick Barry. Once again this week the Britney Spears impersonator gets into it, this time coming for Bob the Drag Queen. It’s obviously not a good idea to throw shade at one of the quickest wits the show has ever seen. Bob calls Derrick out for her constant bitchy digs, and sure enough Derrick can’t help herself and does it again. It’s almost as bad as when Chris Christie clowned Marco Rubio at the debate.

RuPaul then comes out in a cartoonish rainbow chevron suit and lets the cast know that this week is Snatch Game. Snatch Game is traditionally one of the best episodes every season, where the queens have to do celebrity impersonations. Year after year, some of the queens simply don’t understand—despite being told explicitly and repeatedly—that it’s not about doing a correct impersonation so much as making it funny.

One of the great things about Snatch Game is that when it’s good, it’s really, really good—and when the impressions are bad, they’re cringeworthy and absolutely horrible. We’re then treated to the usual discussion of who each queen is going to pick. Both Bob the Drag Queen and Naomi Smalls had settled on doing Whoopi Goldberg—a challenging choice since Whoopi is actually funny and self-deprecating, making it somewhat hard to parody her.

Last year we had a similar situation, with two queens having the same first choice. This year, however, neither queen ends up doing Whoopi for no clear reason. Bob decides to do Uzo Aduba instead—or rather, her character Crazy Eyes from Orange is the New Black. Naomi chooses to perform as Tiffany “New York” Pollard from VH1’s belated “celebreality” shows like Flavor of Love. Bob also toys with the idea of doing Carol Channing, done quite well by Pandora Boxx in season two. Robbie’s reaction to that idea is the exact same one every viewer must have had: “Why would you…? Well…” Meaning, it’s counterintuitive as hell but if you think about it for a second it makes perfect sense.

That’s the same sentiment that was behind Kennedy Davenport’s co-winning performance last year as Little Richard. The musician is male, of course, but is certainly drag-adjacent. This paved the way for Thorgy Thor to choose to do Michael Jackson this year (despite Michael Jackson jokes being about as fresh as the King of Pop himself.) Kim Chi takes it a step further by taking a page from my (literal) book and doing “Kimmy” Jong Un, Kim Jong Un’s imaginary sister. (n.b. Kim is, of course, his actual family name, though written first.) To no surprise, Derrick is encouraged by Ru to do Britney—although her professional impersonation falls flat when compared to Tatianna’s winning (and even more uncanny) turn from season two.

This year’s episode is a bit of a letdown compared to seasons past. Bob manages to save the day by doing both Uzo and Carol Channing, a Snatch Game first. But no one else on the panel is really all that funny. It’s mostly flat. Even the poor performances aren’t the complete debacles we’re used to seeing. Last year Max’s turn as Sharon Needles was so bad that it was widely assumed to have been edited grotesquely out of context—a point Michelle Visage made clear to deny in later interviews. It’s “funnier” when they try to make jokes that don’t land than when they’re just boring, as most of the queens were this year.

The runway this episode is also a serious disappointment. The theme is to do a Madonna look, and lord knows there are dozens to choose from. Virtually no-one tried to put any effort into it this week, with half the cast (!) choosing to do variants on red-kimono Madonna. This might be one of the least iconic looks that Madonna has ever done, and it sure feels as if they were just being lazy and wanted to check off a box and not take a risk. Robbie Turner deserves credit for being very clever (and true to her own style) with Madonna’s A League of Their Own women’s baseball outfit. The best look was probably Acid Betty, who put together a major production of pregnant Madonna with doves flying out of her belly.

The show’s decisions are frequently arbitrary and unfair, and the runway does seem to be irrelevant in terms of the judging this week. Though Acid Betty unquestionably had one of the  best looks this week—by far—her utterly unfunny Nancy Grace impression still landed her in the bottom two alongside Naomi. Bob, who also looked superb, didn’t even have much competition for the win this week and at this point has to be considered as this season’s frontrunner and a near-certain finalist at the very least.

Though Naomi has been a bit underwhelming this year—and seems to have little more to offer—the lip sync isn’t very close at all. She mops the floor with Acid Betty and forces RuPaul to send the NYC queen home. It’s a shame, really, as Acid surely had a lot more crazy looks to show. We’ll just have to follow her on Instagram to see them.

Observer: I’m from Brooklyn, what did you mean about Brooklyn not getting your style of drag?

Acid: It’s not about them not getting my style. When the “Brooklyn style” was created, it was exclusive to themselves and that group of people—and I felt it. I live in Brooklyn, so I can’t really say it’s the whole borough!

You seem like the kind of person who, if they can’t excel at something, then are completely over it. Is that right?

No…but you did pick up on some vibes, yes. There’s a lot they don’t include on the show, so the audience doesn’t see it when some queens are being read the hallway and some are not.

Do you think the last judging was fair, given how creative your runway was?

I was hoping the runway would take some of the count and save me, they always say that it does, but I don’t think they did.

If you made it to the next week, who would you read and what would you say?

Oh my god, that’s a good question. I don’t know.

Too busy reading them in the confessionals, ha ha?

Actually, if you clock it, I’m just being honest!

I haven’t heard it! 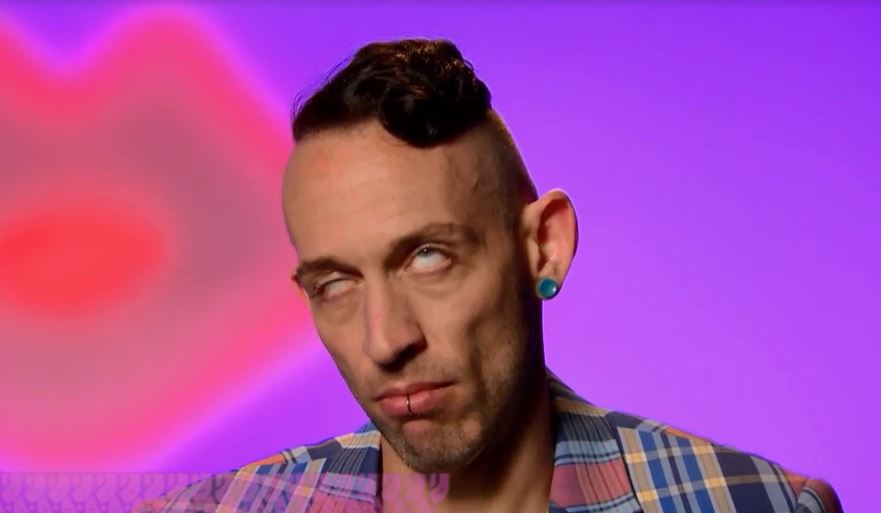