In one of the more bizarre and unfortunate outbursts in a presidential campaign season that will not be praised by historians for a high level of discourse, when Hillary Clinton was asked by an environmental activist on Thursday whether she will refuse to accept campaign donations from donors who have interests in fossil fuels, she replied angrily that she is fed up with the Sanders campaign lying about her.

The answer I would have recommended is, “Yes.”

An acceptable but less uplifting answer would have been, “No.”

The worst possible answer, which deserves four Pinocchios using fact-checking lexicon, is the answer Ms. Clinton gave, when the truth of the matter is that she has indeed accepted substantial money from sources with major fossil fuel interests.

I fact-checked Ms. Clinton’s charge on this matter and found it to be false. I am linking here a well-documented story from Huffington Post detailing various donors, fundraisers, lobbyists and influence peddlers with major fossil fuel interests that have given or raised money for the Clinton campaign. There is also her paid speechmaking that included the Canadian Imperial Bank of Commerce and TD Bank, which paid her substantial amounts of money for the speeches and have enormous financial interests in fossil fuel industry projects, such as the Keystone pipeline.

Yesterday, I called for both campaigns to conduct themselves in a positive spirit. Constructive criticisms are fine, but nasty or false attacks are wrong and will set back the efforts to unify the party behind the candidate who is ultimately nominated—which will be essential to save the nation from a president with a name such as Trump or Cruz, the continuation of a Republican Congress and a conservative Supreme Court majority.

I have long believed that a national political columnist, such as myself, has a duty to my readers to sometimes play the role of referee on matters involving high politics. And on this matter we consider today—Ms. Clinton accusing the Sanders campaign of lying about her—I am calling a personal foul on Ms. Clinton and calling for her to apologize to him.

Let me emphasize two points. First, Ms. Clinton has a very good record on issues ranging from the environment to the effort to end the scourge of climate change—as does Mr. Sanders. If the purpose of those who gave Ms. Clinton the money was to buy influence with her on the environment, they do not have appear to have received much of anything for it because her record on this subject is strong.

Second, I have fiercely defended Ms. Clinton from attacks from the right and from partisan Republicans that at times have ranged from pure Clinton-hate to attacks against her that I consider false, dishonest and defamatory.

None of this offers any excuse for Ms. Clinton’s outburst against Mr. Sanders on Thursday. She accepted fossil fuel money and should accept the responsibility for taking it. Mr. Sanders urged her to renounce taking any more fossil fuel money, and he is right that she took the money and right that it would be wise for her to stop taking it. For Ms. Clinton to assert that Mr. Sanders or his campaign are lying about this is just as false and defamatory as some of the attacks against her from the right.

Mr. Sanders has spent a career and a lifetime earning his profoundly important reputation for integrity, trust, authenticity and political courage.

Ms. Clinton would do well to understand why Mr. Sanders has developed an invincible and earned reputation for integrity and authenticity—and to respect it.

Ms. Clinton would do well to understand the revolutionary power of Mr. Sanders raising more than $40 million from small donors in February and more than $40 million from small donors again in March. She should be building her own small donor network between now and the general election and recognize that this is infinitely more powerful and profound than seeking to build an ATM machine of donations from fossil fuel polluters.

Regarding what she charged on Thursday Ms. Clinton is wrong, Mr. Sanders is right, and for that she owes him an apology. 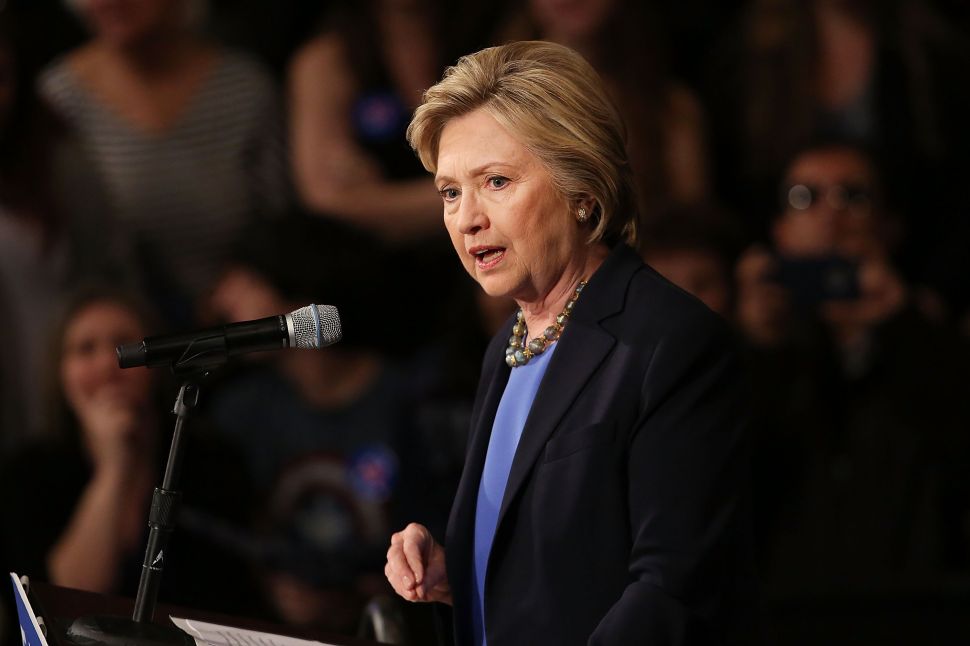