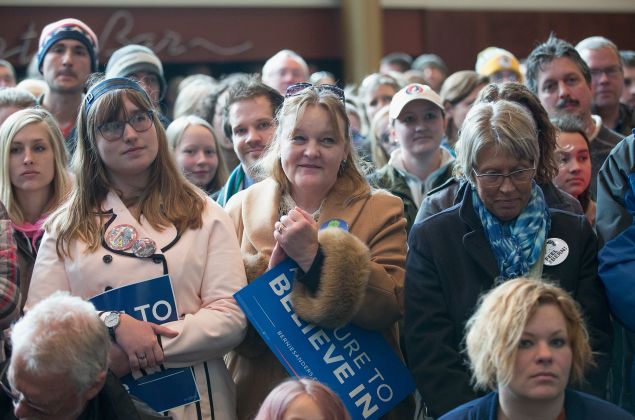 Memo to those who have made small donations to the Bernie Sanders campaign. Read the following, think about it and smile:

This morning when the big dudes with the big money were in their limos on their way to begin another day of trading on Wall Street, they glanced at the front page of The Wall Street Journal—the holy grail of high capitalism for the one percent—and read, in bold ink at the center of the front page, a story titled “Sanders cash keeps flowing.”

The story was well-written, as are most in the news section of WSJ, and detailed how the Sanders campaign raised an astounding $44 million in March, after having raised an astounding $43.5 million in February. Admiring campaign experts said that the Sanders small donor juggernaut defies political gravity because no matter what the pundits say about Mr. Sanders’ chances to win the nomination, the small donations from his loyal supporters keep coming and have, in fact, been rising.

I would offer five observations as a mainstream media columnist and Washington insider who periodically goes rogue by supporting progressive populist causes in deed as well as words.

First, in my long experience with campaigns, campaign fundraisers and donors I have never seen a more public-spirited, idealistic and good natured group of donors than the small donors who support Mr. Sanders. While many donors expect to get something in return for their donation—ranging from influence-peddling power to winning tax loopholes or defense contracts to raising enough money to be named ambassador to France—the Sanders small donor brigades give their average donation of $27 for one purpose and one purpose only: to make our country and world a better place.

They are rewriting the rules of campaign finance and presidential politics.

Of the approximately two million donors to the Sanders campaign there is probably not one donor who gave money for any reason other than making America a better place. There is a purity of purpose and patriotism to the Sanders donors that is one of the most uplifting, refreshing and exciting developments in modern political history.

My second observation is that in private conversations with political insiders there is a shock and awe impact as the Sanders small donor brigades march on and grow. The reaction of insiders ranges from admiration to jealousy with the common denominator being a respect for any campaign that can motivate two million donors to rally to the cause with real money, and a profound respect across the political spectrum—regardless of how insiders feel about the Sanders message—for the two million patriotic donors who show such passion and commitment to the cause they believe in and finance with their donations.

My third observation, related to my previous paragraph, is that what Mr. Sanders is doing is turning his campaign into a cause and a movement.

This spirit of politics as a cause and a movement has largely been lost by political parties and politics generally. Donald Trump is doing this to a degree, but the Trump saga radiates a negativity and hostility while the Sanders brigades project a political goodwill and clarity of agenda for action that is exponentially more serious and credible than anything offered by Mr. Trump, whose following more closely resembles a cult of personality than a movement for a coherent agenda.

My fourth observation is that on the full range of issues Mr. Sanders champions (no, Ms. Clinton, he is not a one issue candidate) we are seeing the fusion of the cause embodied by the Occupy Wall Street movement with the structure of a presidential campaign.

I was a very strong and visible supporter of Occupy Wall Street and would note that while the financial world and Republican Party were hostile to OWS, the Democratic Party insiders were barely more friendly. OWS was evicted from its temporary homes in many cases by the administrations of Democratic mayors, and in Washington by the park service of the administration of a Democratic president elected on a platform of hope and change we can believe in.

I argued to Democrats vehemently, and unsuccessfully, that the party should consider OWS a potentially transforming and historic social movement with the opportunity to build a broad coalition for genuinely transformational change. At that time, sadly, many Democrats wanted change that would bring them to power but not transform national politics or finance.

It was for the same reason that I have always been an ardent believer in the teachings of Pope Francis, not only because of my personal faith but because of his sweeping denunciations of greed and trickle down economics and his call for a new era of economic justice and fairness.

When Mr. Sanders translated the movement spirit and cause of Occupy Wall Street into the structure of a presidential campaign, the result was that the core value of a fair economy was translated into a broader agenda including single payer healthcare, a free public college education financed by a transaction tax on Wall Street, a strategy to break up big banks and various other issues.

My fifth observation is that the great success of Occupy Wall Street in making the analytical dichotomy of the one percent and the 99 percent into mainstream language of national politics is paralleled by the success of Mr. Sanders in the tangible manifestations of practical politics like small donor fundraising and public opinion.

The fact that Mr. Sanders raised $43 million in February and $44 million in March is real, true and powerful. The fact that Mr. Sanders has achieved polling results suggesting he would defeat both Donald Trump and Ted Cruz by landslide margins and runs significantly stronger against them than Ms. Clinton is equally real, equally true and equally powerful regardless of whether or not the insider pundits of the mainstream media admit and accept this fact.

In 2010 and 2014 the political story was the rise of the tea party and the dominance of super PACs led by financial superpowers such as the Koch Brothers, but in 2016 the small donors to Mr. Sanders are the rock stars of campaign fundraising.

When the history books are written about the making of the president in 2016 one of the leading stories will be that the brigades of small donors giving their $27 donations to Mr. Sanders have taken their place at the center of political power in America. They are the Koch brothers of 2016. They are rewriting the rules of campaign finance and presidential politics.

If a Democrat is elected president and the heinous Citizens United decision is finally reversed and confined to the dustbin of history, the brigades of small donors that Mr. Sanders has built—if they choose to stay involved for the long haul of history—will be among the tallest trees left standing in the forest with a power they can barely imagine today to change the world tomorrow. 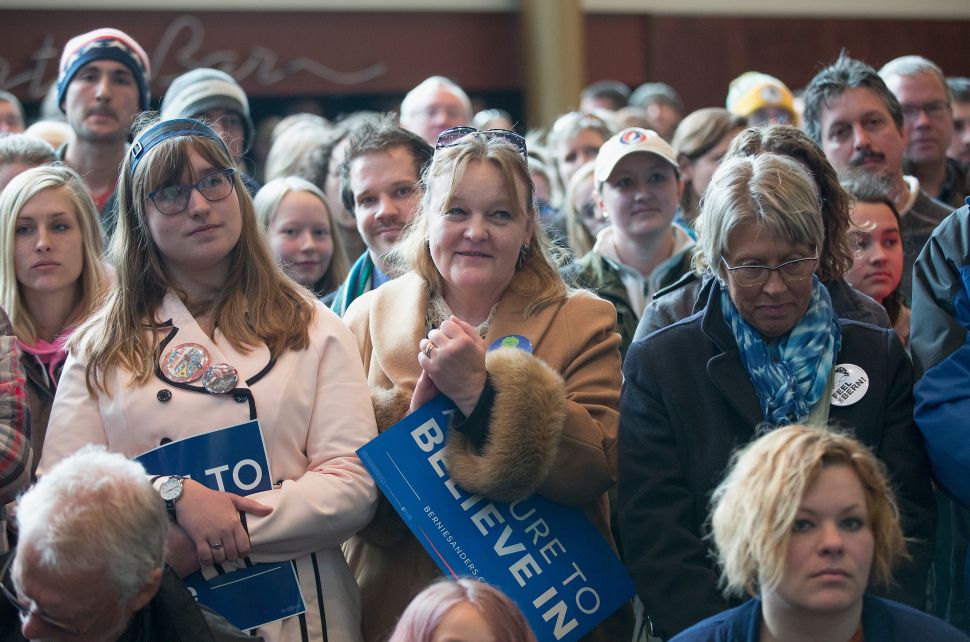