Morris County Sheriff candidate Jim Gannon issued a statement on Tuesday blasting his opponent John Sierchio for having “his head-in-the-sand when it comes to very real threat from ISIS and the potential for a terrorist attack in Morris County.” According to Sierchio, Gannon’s statements about his stance on terrorism were issued in an “idiotic press release” that distorts facts.

In Gannon’s statement, the candidate references Sierchio’s testimonial at a Monday Montville Republican Club debate that the chance of a terrorist attack in Morris County is equivalent with “winning the lottery.”

“Anyone running for Morris County Sheriff who is so flippant about the threat of terrorist attacks on our residents and our communities, frankly, isn’t qualified to be Sheriff,” said Gannon.

However, according to Sierchio, the reference to the lottery simply refers to the unlikelihood that such an instance will ever be of issue in Morris. He also claimed that Gannon’s reference in his statement to the incident in San Bernardino in California where a husband and a wife acted alone in a shooting is wrongly equating “lone wolf” individuals with organized terrorist attacks.

“They keep talking about ISIS. ISIS isn’t going to attack Morris County,” said Sierchio, a retired Bloomfield Detective Sergeant. “If anything, it is going to be a lone wolf offender who will walk into a mall, god forbid, and pull out a gun. That doesn’t make it a terrorism attack. He put San Bernardino in his press release but the government took months to decide if that was a terrorism attack or not. Jim Gannon should really know the definition of terrorism. That is an organized cell, not an individual or a husband and wife who decide to go out there and cause harm.”

According to Sierchio, Gannon’s focus on terrorism and the constant touting of his time as a member of the FBI Joint Terrorism Task Force is “playing this whole campaign with smoke and mirrors to try to confuse the public.” Sierchio said that his opponent’s focus on terrorism is misguided when police departments are prepared and acting proactively to keep people safe. Sierchio also said that if any threat of terrorism was detected in Morris County or elsewhere, federal law enforcement would be immediately involved rather than handling of such issues by local law enforcement.

“To say that I am unqualified to be sheriff because I don’t think terrorism is an issue? Absolutely terrorism is an issue,” Sierchio said. “The reality of it, and every career law enforcement officer knows it, if there is a real act of terrorism, neither the local police departments or the sheriff department or even the state police have the resources to deal with that. It is going to have to be the feds coming in.”

According to Gannon’s statement, that attitude by Sierchio is misguided.

“Morris County is a wonderful place to live – it’s where I was born and raised – but to pretend we are somehow immune to what’s happening in the rest of the world demonstrates a dangerous level of indifference on Mr. Sierchio’s part,” Gannon said.

For Sierchio, a much more prudent topic to focus on is the growing heroin epidemic facing suburban counties like Morris County.

“Realistically heroin is the biggest problem in Morris County right now and that is where we completely differ,” Sierchio said. “He seems to think that terrorism is the biggest issue.”

Both Gannon and Sierchio are Republicans so they will be facing off in the June 7 primary. So far, Gannon has been endorsed by the majority of the Morris County Freeholder Board (including incumbents running this year Tom Mastrangelo, Doug Cabana and Kathy DeFillippo), Morris County Republican Chairman John Sette and by Assemblyman Michael Patrick Carroll (R-25), among others. Siercho has the support of the soon-to-retire Morris County Sheriff Edward Rochford. He also says he expects the endorsement of Morris United, the challenger slate for freeholder which includes Lou Valori, Roman Hirniak and Peter King (they appeared at Sierchio’s kick-off event earlier this month).

Rochford, who is retiring from his position after eight terms as sheriff, has been very vocal about his distrust of the freeholder board and has claimed that the board is attempting to weaken the sheriff department in order to gain control. In July of 2015, the freeholder board voted to take control of the county jail away from the sheriff.

“They want a puppet,” Sierchio said of the Morris County freeholders.

So far, Sierchio has raised over $66,000 according to documents filed on April 19 with the New Jersey Election and Law Enforcement Commission (ELEC). Gannon has yet to file his April report. 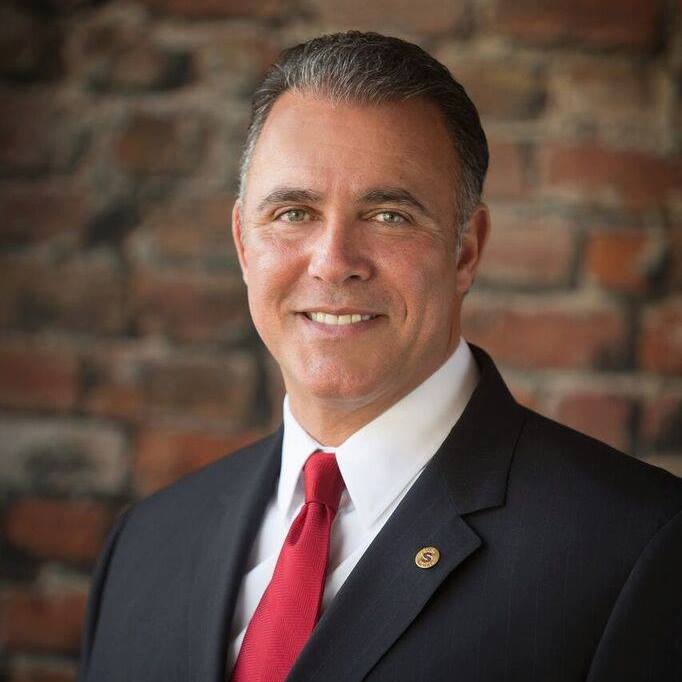