Sing Street is a compelling, well-made coming-of-age story set in Dublin during the economic depression of 1985 that drove scores of disillusioned Irish youngsters abroad looking for a better life elsewhere. Sensitively written and painstakingly directed by John Carney, it’s the third in a trilogy of his music-themed, semi-autobiographical films, following Once and Begin Again, and although set three decades later, it’s cut from the same bolt of Irish linen as Brooklyn. The film is both an homage to ’80s pop culture and a story about a different kind of escape from deprivation and despair faced by Irish teenagers with the courage to follow their dreams, but the result is equally splendid.

This time the focus is on an unhappy 15-year-old boy named Conor (Ferdia Walsh-Peelo) whose working-class parents, in an effort to save money, transfer him to a free Catholic school where he faces harsh disciplines, strict rules and constant abuse by brutish bullies. As an alternative to the unpleasant realities of his daily life, and without any encouragement from either parents or priests, Conor decides to form a futuristic New Wave pop band, which he calls Sing Street, a variation of Dublin’s derelict Synge Street where the school is located. When his dream project is greeted with ridicule and hostility, his strongest allies (and only supporters) are a crush named Raphina (Lucy Boynton), who resides in a home for orphaned girls across the street, and his older brother Brendan, a stoned college dropout and already something of a family disgrace, played by the versatile and extraordinary Irish actor Jack Reynor, fresh from playing Malcolm opposite Michael Fassbender in the recent film version of Macbeth.

As the band grows in experience, wearing Boy George makeup and flamboyant costumes that invite more black eyes from the school bullies, the movie explores subplots that fail to develop satisfactorily. Conor’s romance ends abruptly, and his parents divorce and put their house on the market, leaving him to face a daunting future more uncertain than ever. But John Carney never allows Sing Street to stall very long, and when Brendan helps Conor and his band flee to a new life in London, the film picks up momentum.

Obviously influenced by the angst-riddled teen movies of John Hughes and Cameron Crowe, the director shows a great affinity for the material and builds Conor from a rudderless loser into a responsible young man on the threshold of independence with passion and purpose. The pop tunes, derivative of boy bands like Pet Shop Boys and Duran Duran, are as awful as the floppy haircuts. But, the ensemble of kids is impressive, and the film moves swiftly. Sing Street has the potential to achieve unmistakable popularity with not only teens but also audiences of all ages. 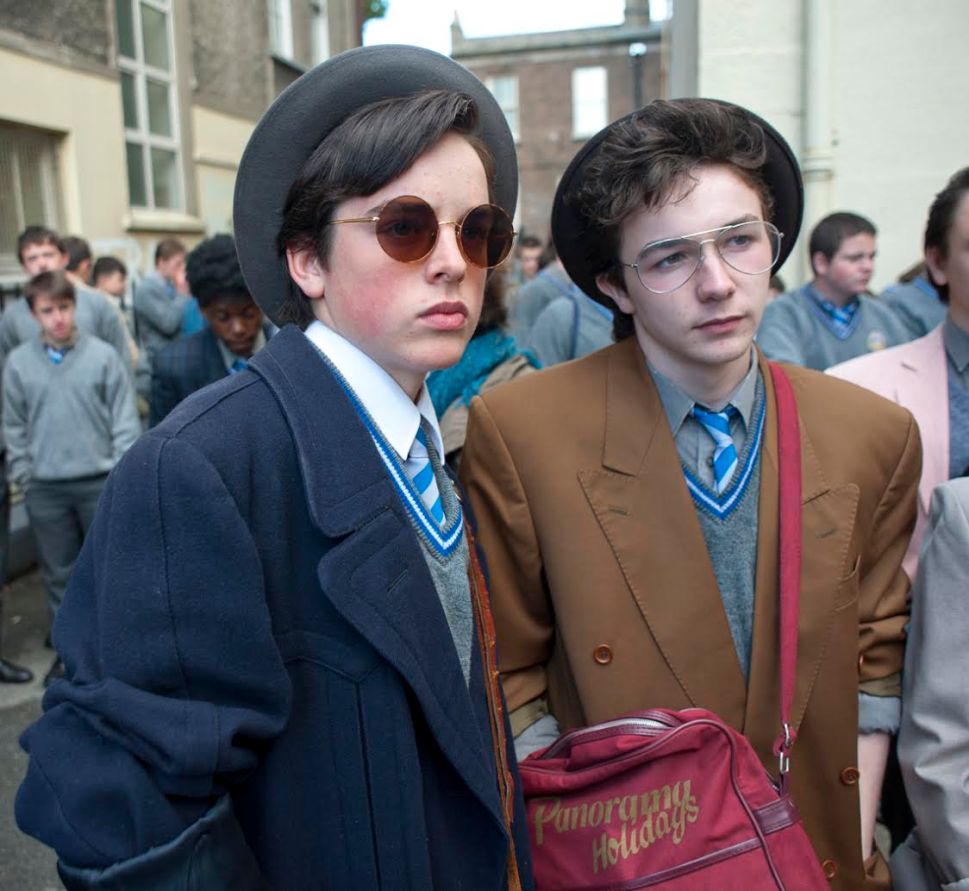