Archer came back this week for its seventh season. Despite utilizing one of their signature plot reboots, people seem to love the FX show as much as ever.

#ArcherFX is consistently one of the one best show on television, no matter it's iteration.

Writing #ArcherFX one-liners must be one of the best jobs on TV.

This quote is stolen from Woody Allen, right?

Being able to buy liquor in grocery stores: "Literally the only thing about LA that doesn't make me want to vomit." #ArcherFX

This seems to be an Archer pipe…

And here is sexy Lana.

Wednesday saw the premiere of The Path starring Aaron Paul, Hugh Dancy, Michelle Monaghan. (It’s about a cult, bro.) So, what’s the verdict?

Don't know if I like these opening credits. They're ok. #ThePath

There's a Heath Ledger lookalike on this show, which I think is always a plus. #thepath

And half is either confused or just plain not in favor.

Started #ThePath tonight, still on episode one, and I can't tell if I am more confused than interested. However. I will keep watching.

I CANNOT tell if #ThePath is any good. But I can tell that Hugh Dancy and Aaron Paul are 😍😍😍😍😍.

And then there are people who really, really want to watch the show… but not enough to pay for Hulu.

I wanna watch #ThePath but do I wanna watch it enough to subscribe to Hulu for 2 months? Not sure I can afford that.

Someone lend me their Hulu account for #ThePath HUGE Aaron Paul fan over here. Anyone? @aaronpaul_8 IM TRYING!!!

The People V. O.J. Simpson continues to be the runaway fan favorite of the season. After this week’s episode, racist cop Mark Fuhrmann has become public enemy #1.

Did that not blow y'all mind to hear the words from the Fuhrmann tapes? I forgot. Geesh. You can't blame that jury. #PeoplevsOJSimpson

I hope they allow OJ Simpson to send Mark Fuhrman a birthday card from prison every year. #PeoplevsOJSimpson

Fuhrman really said all that shit on tape and he's just chilling working for fox? #PeoplevsOJSimpson

Let us not forget that Mark Furhman leveraged his infamy into book sales, a radio show, and TV appearances. #PeoplevsOJSimpson

On the flip side, Sarah Paulson continues to steal the spotlight and salvage Marcia Clark’s reputation in the process.

Watching American Crime Story & my biggest takeaway is how pretty much everyone owes Marcia Clark an apology.

When Judge Ito mentioned the shade thrown against women in power.I was wit u 100% 👌💯 #peoplevsojsimpson

Sadly, the show is soon coming to an end next week. And no one is dealing with that fact very well at all.

I have no idea what to do when #PeoplevsOJSimpson is over next week. I'm not prepared for this.

Man, I'm going to miss this show when it's over. #PeoplevsOJSimpson

Damn they said next week is season finale of #PeoplevsOJSimpson like it just came on ain't? 😩😩😩😩

I'm NOT READY for the end of #PeoplevsOJSimpson. Like…how can it be over already??? 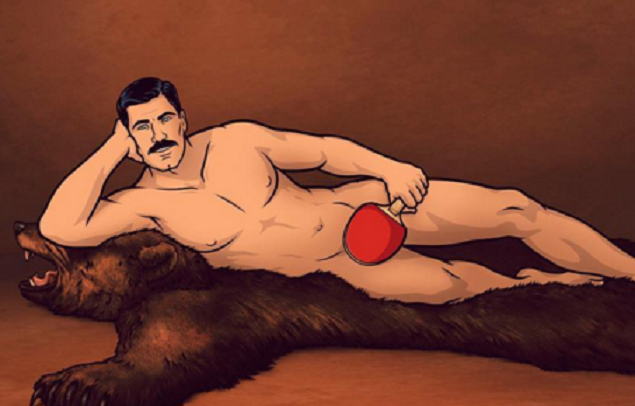