Vinyl, HBO’s ode to music and cocaine, closed out its first season Sunday. The show’s been renewed for round two, although its audience seems to be split. There are those who think it’s brilliant…

Tonight's episode of #VinylHBO was perfect. I hope Ray Romano gets an Emmy nomination for his work on the show. He deserves it!

#VinylHBO was amazing tonight. I need more!!! @bobbycannavale is the real deal.

Overall, best debut season of a show over this past year. Great finale. Can't wait for season 2 #VinylHBO

Everything about the season finale of @vinylHBO was fantastic. @bobbycannavale & Ray Romano's acting is top notch. #VinylHBO

So overjoyed, inspired, heartbroken at the end of #VinylHBO season One. There will never be another like it.@bobbycannavale

And those who don’t understand Vinyl’s appeal at all…

And we're done with #VinylHBO for season 1. Hopefully season 2 will be better

Tonight's @vinylHBO was all near death and no real death experience. No wonder Terence Winter is jumping the ship. #VinylHBO

Series 1 of #VinylHBO is over.Got more unwatchable each week.Highlight for me Julian Casablanca's rousing cover of White Night White Heat

And then there’s this guy. Whoa. Wonder what’s for lunch?

#VinylHBO is total freakmode. Sex, drugs, rock and roll. That's what I eat for 2nd breakfast.

The second season of The Unbreakable Kimmy Schmidt dropped on Netflix this week. And how is it? Let’s just let these quotes speak for themselves.

"Your crotch gets a headache" is the best description. Especially in reference to cartoon fox Robin Hood. #UnbreakableKimmySchmidt

A drunken Tina Fey singing “Your sleep cycle is errrrrratic!” is going to make me laugh for a very, very long time. #UnbreakableKimmySchmidt

" God I'll have to sell my diamonds and pearls. "

"Ah honey you're gonna have to sell all of your Prince albums."#UnbreakableKimmySchmidt

" I told Uber I left a baby in your car" #UnbreakableKimmySchmidt

"Woah. You gotta make like a 30 year old single girl and settle" 😂😂😂 #UnbreakableKimmySchmidt

"Sorry, but giving up isn't my jam. My jams are grape, jock, and space." So happy to be spending Sunday with the #UnbreakableKimmySchmidt.

#UnbreakableKimmySchmidt
"But if I can see New Jersey; New Jersey can see me!" pic.twitter.com/aUfr6yVwN3

Numbers! The most boring of all the shapes!
-Titus #UnbreakableKimmySchmidt

Well I'm sorry you had a kick ass adventure, and met a dog #UnbreakableKimmySchmidt

Fan favorite Orphan Black has returned for a fourth season. And star Tatiana Maslany now has even more characters to play.

I missed my beatiful clone daughters so much!!!!!!! #OrphanBlack

Caught on the first episode of #orphanblack this season. It gets better as if possible.

The #OrphanBlack premiere was excellent. A delight to have Tatiana Maslany back on my screen.

Attempting to watch the #OrphanBlack premiere on the BBC America website but that sheep mask is scaring the crap out of me. Help.

I feel that peace has been restored now that @OrphanBlack is back in my life! ✌😍🐑 #CloneClub #OrphanBlack

Loved the season premiere. Hope they keep it up. #OrphanBlack

…look at @missbeanpants new #OrphanBlack illustration!!! it's so awesome.(we super love that show)

Even if it’s fan art in bracelet form…

you have a chance to win this sweet cosima bracelet from @mnsalz91 today! scroll back a few photos to enter 👓👭💕

My friend made #orphanblack cupcakes!!

The TV movie Confirmation, staring Kerry Washington as Anita Hill, has been met with affection from the internet.

Thank you, @HBO, for bringing a shameful piece of history back to the screen in #Confirmation. Great work.

Currently watching #Confirmation it is so compelling.

No surprise: @kerrywashington owned the role of Anita Hill in @HBO's #Confirmation. The movie's slow at times but definitely worth watching.

@kerrywashington, I feel you did a wonderful job with #Confirmation. thank you for bringing to life such a captivating historical stand out.

The surprise downside? Everyone’s mad at Joe Biden! Oh no, not our delightful Muppet of a VP!

Joe Biden was a scumbag during the Anita Hill situation

#Confirmation doesn't paint a very pretty picture of @JoeBiden . I expected more from you, Joe.

Just watched #Confirmation. Great storytelling. Acting is great. Not a great look for @JoeBiden though.

Was #Confirmation timed specifically to affect the election in case Biden was in it?

Do you get to call in sick to the White House?

Joe Biden is going to be getting SO much side-eye tomorrow. #Confirmation 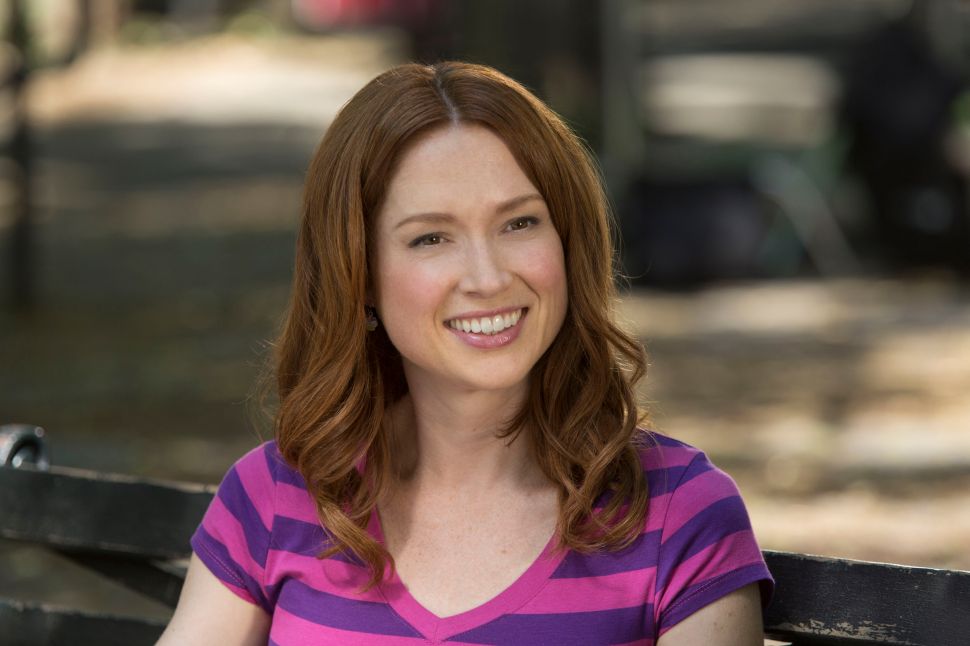