It had to happen sometime, folks. The TV event of the year, The People V OJ Simpson, has finally come to an end. But unlike the massive amount of DNA evidence at Rockingham and inside the Bronco, the show will not be forgotten.

It's not about the truth. It's about who tells the story better #PeoplevsOJSimpson explained the state of this world in 10 episodes

Finished #PeoplevsOJSimpson Tremendous talent on all sides of the camera made this show unforgettable.

Me, before watching #PeoplevsOJSimpson: "It can't be that good."
Me, while watching: "WHY DID NOBODY TELL ME HOW GOOD THIS IS."

Remembering the gross media attacks. Obviously hair is an important issue while prosecuting murders. If you're a woman. #PeoplevsOJSimpson

Caught up on the last three episodes of #PeoplevsOJSimpson. Man, that was just phenomenal TV.

#PeoplevsOJSimpson was an excellent series. I was on the edge of my seat the whole time even though I knew the outcome. #hedidit #emmyworthy

#PeoplevsOJSimpson series was superb from start to finish w/ outstanding cast performance. Only thing, I would have liked more real footage.

One thing’s for sure, the cast definitely gave it their all.

"That's the victory.." Thank you #peoplevsojsimpson for a beautiful ride. Tuesday nights will never be the same.

The second episode of SyFy’s new series Wynonna Earp aired this week, and the comic book adaptation is gaining traction with fans.

Good thing no one wanted to hang out tonight because I've got a hot date with a woman named Wynonna. #WynonnaEarp

I do love a girl who shoots pool. #WynonnaEarp

#WynonnaEarp ep 3 is violent, emotional & very, very good. Fave line: "Sometimes you come so close to cool & then cool makes a run for it."

80% of my laughs today were caused by Wynonna Earp! Have you been earped? Get earped. #WynonnaEarp

I enjoyed the first episode of #WynonnaEarp. It has a Buffy feel, and i appreciate that it's not another supernatural teen show.

If Sam Raimi made Buffy, you’d get something like #WynonnaEarp. What’s not to like? Go watch it. It’s fun.

Amazon just dropped the second season of its domestic comedy Catastrophe, which stars Rob Delaney and Sharon Horgan. And the binging has begun.

"I'll kill her for you! Do you know how happy that would make me? I've got plenty of hate units left!" #Catastrophe #thebest

Well I've officially watched all of #Catastrophe S2 in one gulp and guess what? I loved it.

Watched both seasons of #catastrophe over two nights – little bit in love with @robdelaney and possibly @sharonhorgan too! Brilliant watch!

The wife and I are halfway through the second tiny season of #Catastrophe. Easily one of the best comedies on TV right now.

The consensus seems to be that six episodes just isn’t enough.

The good news: @catastrophe_tv is back!! The bad news: I can watch 6 new episodes in just 3 hours. I need more! #Catastrophe

I love #Catastrophe so much that I can't finish it because then this season will be over! I ❤️ you, @robdelaney & @SharonHorgan!!

I loved season two of #Catastrophe. It's one of the only shows that I wish had more episodes each season.

Why, for fucks sake, are there only 6 episodes? 😩 #Catastrophe

Just sat down who's WATCHIN #SHODice ????

When somethin aint RIGHT ya gotta make it RIGHT #SHODice

#SHODice I had to brake up a fight between Dice and a drunk casino bystander in this scene, true story

Hope ya enjoyed! What was ya favorite part????? #SHODice 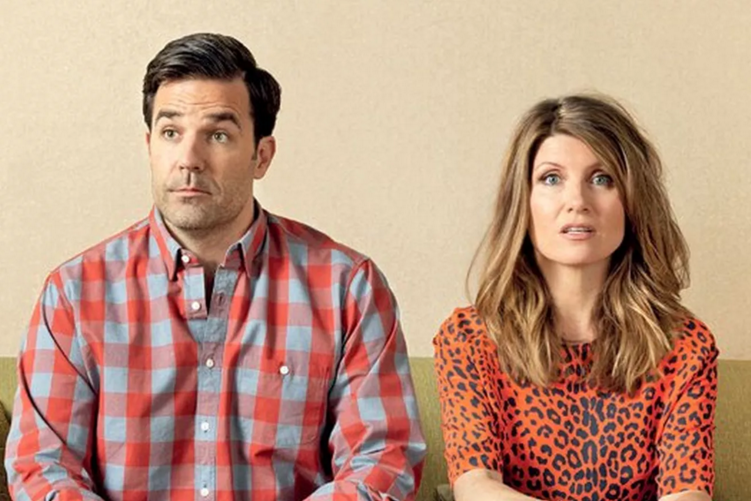