Although superdelegates in the Democratic Party don’t cast their votes until the Democratic National Convention, the majority of them flocked to line up behind Hillary Clinton before the Democratic primaries ever really began. As DNC Vice Chair Donna Brazile said in 2013, “If Hillary Clinton gets in the race, there will be a coronation of her.” The coronation was effectively halted by Sen. Bernie Sanders, whose more progressive agenda and rallying call against big money corrupting politics has resonated with millions of Democrats and Independents across the country. But his surge in support has been obstructed by the Democratic National Committee in every possible way.

DNC Chair Debbie Wasserman Schultz served as co-chair to Ms. Clinton’s 2008 campaign, so it was already highly unlikely she would be able to maintain impartiality in the race. Ms. Wasserman Schultz’s poor leadership has come under scrutiny throughout the Democratic primaries, from rigging the debate schedule, to inciting a lawsuit from the Sanders campaign over access to voter database files, to colluding with the Clinton campaign through a joint fundraising committee—the Hillary Victory Fund—which was recently accused of violating campaign finance laws. The fund has also been linked to essentially buying off the support of superdelegates as the Clinton campaign gets to decide where and how much money goes to state Democratic Parties.

Ms. Clinton and Mr. Sanders have remained close in terms of support from voters throughout the primaries, but the disproportionate number of superdelegates supporting Ms. Clinton in contrast to her support from voters—especially in states where Mr. Sanders won an overwhelming majority of the vote—signals the election is, in part, rigged in favor of Hillary Clinton. Ms. Wasserman Schultz slipped up in a media interview and admitted, “Unpledged delegates exist really to make sure that party leaders and elected officials don’t have to be in a position where they are running against grassroots activists.”

One of the most telling signs the superdelegate system and the party is under the thumb of Ms. Clinton’s Democratic Machine is the silence from Sen. Elizabeth Warren, who has abstained from choosing to endorse either candidate for president. Supporters on both sides have argued her silence is a victory, but given her similarities to Mr. Sanders and considering her political career embodies much of his platform, the silence is arguably attributed to a fear of retribution from her own party.

“I’m still cheering Bernie on,” Ms. Warren said in a March 2015 news conference. After Congresswoman Tulsi Gabbard took a bold career risk by resigning from her DNC vice chair position to support Mr. Sanders, some were expecting Ms. Warren to join the fight as well. Much to their disappointment and frustration, she has not. If she did support Mr. Sanders and Ms. Clinton won the nomination, Ms. Warren’s position in the Democratic Party would effectively be dead.

Rumors that Ms. Warren would run for president this election cycle abounded, and will likely be repeated in 2020 or 2024. In her first senate term, Ms. Warren was often found in tandem with Mr. Sanders, rallying against corruption and corporate influence in politics and vetting nominees appointed by President Obama when other Democrats were complacent in blindly following the leadership.

Mr. Sanders’ presidential campaign presents the opportunity to change the face of politics and fight against the money and wealth that have corrupted it from the inside. If Mr. Sanders does not win the nomination, Ms. Warren still offers hope to reform the status quo—which will only be strengthened by Ms. Clinton, as she has repeatedly profited off elitist, corporate interests throughout her political career. Ms. Warren is a chance for Democrats to elect a female president while maintaining the populism of Mr. Sanders’ campaign.

The inherent entitlement of Ms. Clinton’s “It’s Her Turn” rhetoric has contributed to the resentment toward the Democratic Establishment, which has long rejected new ideas or rallying support from progressive and Independent voters. Instead, the Party is abrasive toward anyone unaccepting of Ms. Clinton’s coronation.

But Ms. Warren’s effectiveness in the Senate and as a politician unfortunately relies on working with the system and garnering support from her Democratic colleagues. Similar to why Mr. Sanders initially chose not to run a negative presidential campaign, Ms. Warren has chosen not to put her career in jeopardy. While recent criticism argues that if Mr. Sanders began his campaign by illuminating Ms. Clinton’s fallacies, the Democratic primaries would have tipped in his favor, what critics fail to mention is that Mr. Sanders would have been smeared by the media as an enemy of the Democratic Establishment. In any rigged system, dissent is castigated and silenced.

Calls for corrupt Democrats like Debbie Wasserman Schultz to resign or be replaced are all about getting money out of politics. Our corrupt campaign finance system is the root of gridlock in Congress. Money doesn’t care about party lines; both parties are privy to its influence. Until this is changed, no meaningful public policy will pass into legislation. If Bernie Sanders doesn’t win the Democratic nomination, the influence wealthy and corporate lobbyists have on the Democratic Party will only get worse—until either the leadership or Democratic voters do something about it. 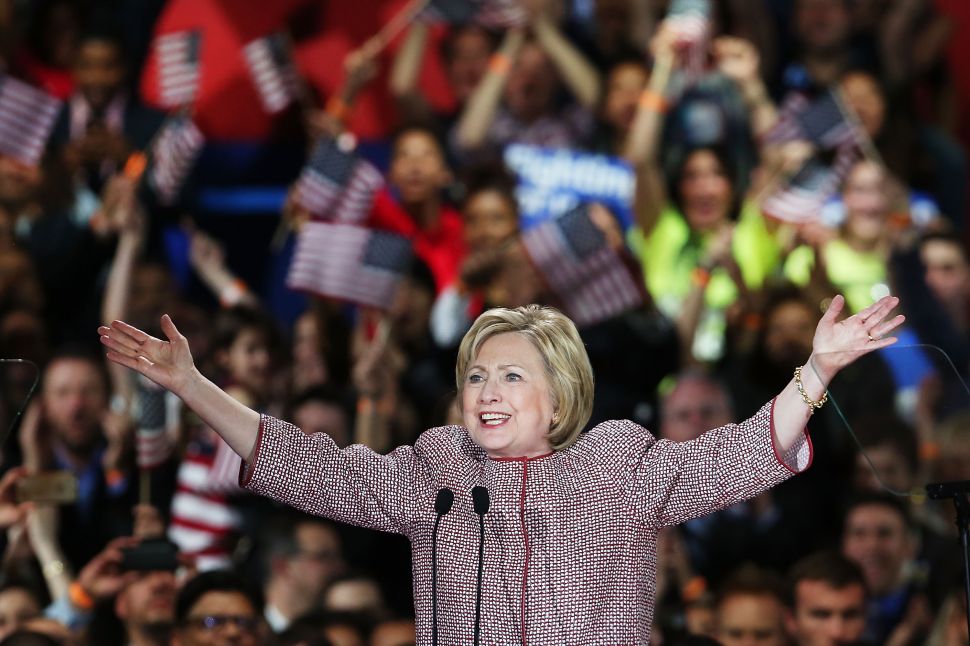