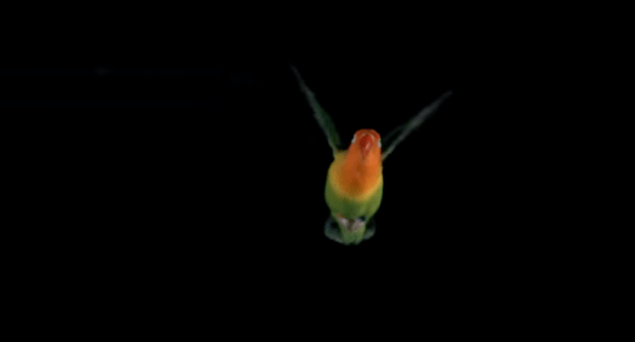 By studying birds as they fly in place, delivery and emergency drones could be a reality sooner rather than later. (Photo: YouTube)

Birds are masters of maneuverability in ways we’re only beginning to understand, so to learn how we can improve man-made flying machines like drones, scientists at Stanford University have turned to our flying friends.

Researchers have been studying birds in flight for years, but this comes with many challenges. They’re always flying away, for one, so a team at Stanford has built a wind tunnel that allows for natural flight activities but works like a treadmill, having the birds fly in place for easy observation.

“Birds are flying at 10 meters per second, but in our lab, they’re not moving,” Diana Chin, a graduate researcher, explained in a video, adding that this allows them to use all of their other lab equipment to study the birds and flight. The wind tunnel is low turbulence, but they also built a turbulence generation system that allows them to control how strong the wind gusts are as well as where they are in the tunnel.

Birds can dramatically change the shape of their wings almost instantly to avoid obstacles and turbulence as well as fly effectively over long distances. Drones, however, can’t operate well in such conditions. The ultimate goal is to learn what it is that makes birds so readily equipped to fly in complex conditions and figure out how that can be applied to drones.

The Stanford researchers are working with lovebirds and parrotlets and are using positive reinforcement for voluntary flights. “That way we’re getting calm, natural flights as they would be in their natural environment,” Dan Quinn, postdoctoral research fellow, said.

Find out more in the team’s new video about the project: 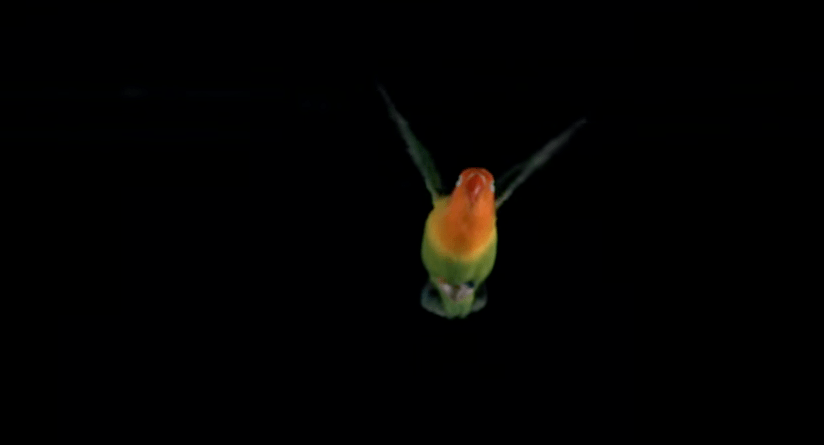