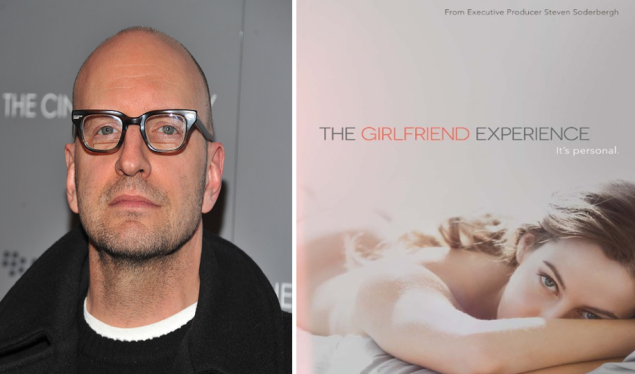 Steven Soderbergh obliterates the idea of a notebook filled with interview questions; any answer he gives somehow manages to touch on your next five points and, inexplicably, that weird technical question you saved for last. But that’s just how the director, writer, and executive producer’s mind works. How else would he maintain, as Matt Zoller Seitz defined it, the schedule of a “binge-director?” To date, that schedule has resulted in 25 films and 27 hours of television directed with 33 other movies credited as producer.

His latest project–well, one of his latest–is Starz’s The Girlfriend Experience, based on his 2009 film of the same name. Mr. Soderbergh is on as executive producer, with the hand-picked team of Amy Seitz and Lodge Kerrigan writing and directing all ten episodes. The series follows Christine Reade (played by Mad Max: Fury Road‘s Riley Keough), a 20-something balancing a life as a prestigious law firm intern by day, and a high-end escort offering the full “girlfriend experience” by night.

We met up with Mr. Soderbergh prior to the series’ April 10 premiere for an appropriately wide-ranging roundtable discussion that certainly began with The Girlfriend Experience, and then branched out into Hollywood’s failures, hook-up culture, and the idea of “too much TV” bursting the television bubble.

“There’s at least one [film] studio in town that made it clear: ‘we don’t hire auteurs.'”

On The Girlfriend Experience star Riley Keough: Mr. Soderbergh recommended Ms. Keough to Seitz and Kerrigan after working with the 26-year-old actress on 2012’s Magic Mike, albeit briefly. “I’d done the equivalent of putting a kid on its back and walking it around, instead of letting it go,” he said.

“I guess it depends on how special you think sex between human beings is. I don’t happen to think it’s special as an activity…I don’t view Christine’s side job as any different from me directing ‘The Knick.'”

On modern views of sexuality: “You see all these articles written by people my age about how horrible hookup culture is. We don’t know that yet. Maybe [Christine] hooks up a lot and doesn’t get married until she’s in her late 30s, but she only gets married once instead of three times. We all go through phases. I’m alarmed by other stuff. A poll came out today that a lot more people think torture is okay than I thought. That alarmed me. That’s much scarier than hookup culture.

Mr. Soderbergh elaborated later: “I guess it depends on how special you think sex between human beings is. I don’t happen to think it’s special as an activity. Depending on who you experience it with it can take on a meaning that move beyond just the physical. But I think it’s pretty clear [on The Girlfriend Experience] that this isn’t special behavior. All relationships are transactional at some level. The ideal relationship is one where everyone is getting what they want. I don’t view Christine’s side job as any different from me directing The Knick.

On major studios offering filmmakers creative freedom: “The general flow of the movie business now is not toward that. They’re actually scared of that, and will only agree to it under duress. Or if you have a filmmaker who wants to go off and do something specific and has [Leonardo DiCaprio] or whoever, to make everyone feel like it has a chance. But generally speaking, there’s at least one studio in town that made it clear: ‘we don’t hire auteurs.'”

“There are ultimately, in any field–yours, mine, politics, executives–a very, very small amount of people who can execute. And those people only have so many hours in the day.”

On the “too much TV” idea: I mention the much-debated speech given by FX CEO John Landgraf, in which he introduced the idea of a TV “bubble,” which will soon burst under the weight of too much television.

Mr. Sondbergh had thoughts: “Well he can certainly contribute to the solution by not making shows, if he’s that concerned,” the director said. “Here’s my thing…there can only exist a finite amount of great art during any calendar year. Whether you have 40 shows or 450 shows, there’s still going to be less than a handful that are really great. It’s the same way with movies. You can make 600 movies are 150, there’s still only going to be five great ones at the end of the day. It’s not a linear relationship. That is because there are ultimately, in any field–yours, mine, politics, executives–a very, very small amount of people who can execute. And those people only have so many hours in the day.”

On nostalgia TV: “[Nostalgia] is the code underneath [Donald Trump presidential slogan] ‘Make America Great Again,’ that nobody is excavating and noone is confronting him with. Like, when was “again?” Because I guarantee you for somebody it wasn’t great. I want to hear you say when is the era you think America was great. There’s something really unsettling about that. And what I liked about The Knick was when you watch the show the strongest sense you get is ‘Thank God I’m not living through that.’ Because whenever I see these shows set in the past everything’s so nice, everyone’s so polite. No, it wasn’t like that. It was never like that.” 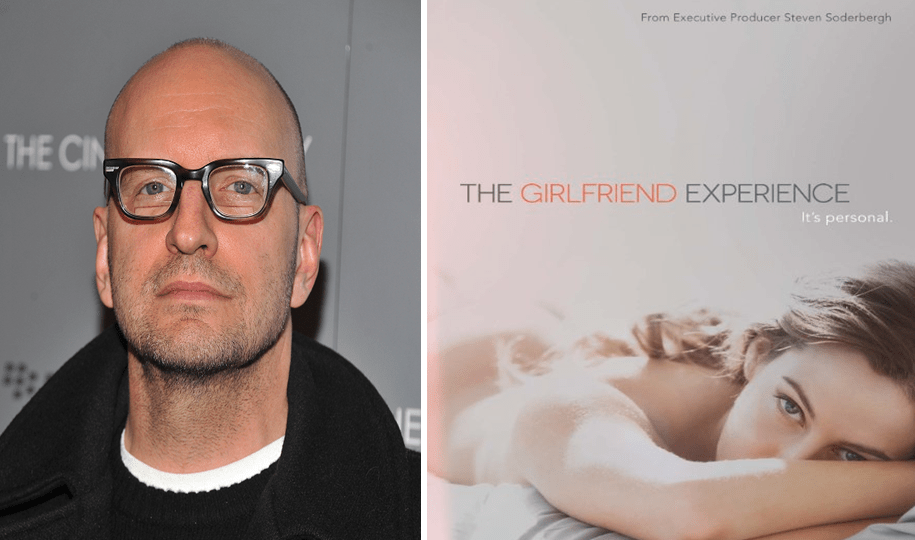