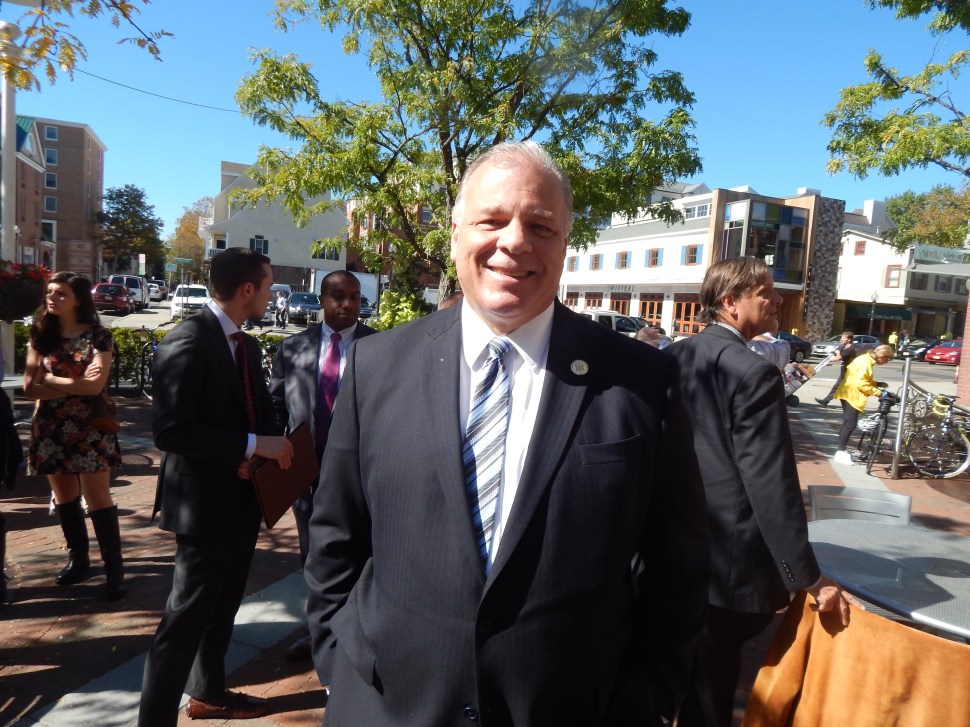 Sweeney and Cunningham toured the new library at Hudson County Community College that was funded through the “Building Our Future Bond Act” and then held a roundtable discussion exploring ways to improve college affordability. The six-story Library Building is part of the college’s $250 million capital expansion program and serves as an anchor for the college’s Journal Square Campus and the community.

Sweeney beamed approachable goodwill on his arch rival’s home base.

“This facility is a remarkable example of the ways large-scale capital investment in higher education can pay off with tangible results for our students and the community at-large,” said the senate prez. “The Building Our Future Bond Act was a statement that we are committed to nothing less than academic greatness in New Jersey.”

Cunningham happily lent the assist to a successful North Jersey excursion for Sweeney, who continues to relentlessly criss-cross New Jersey in order to position himself for more traction than Fulop as part of a 2017 gubernatorial effort.

“If we want New Jersey’s college students to achieve up to their fullest potential, we need to surround them with the resources that enable that level of achievement,” said the Jersey City senator.  “I congratulate Hudson County Community College on expanding their first-class institution with this wonderful library.” 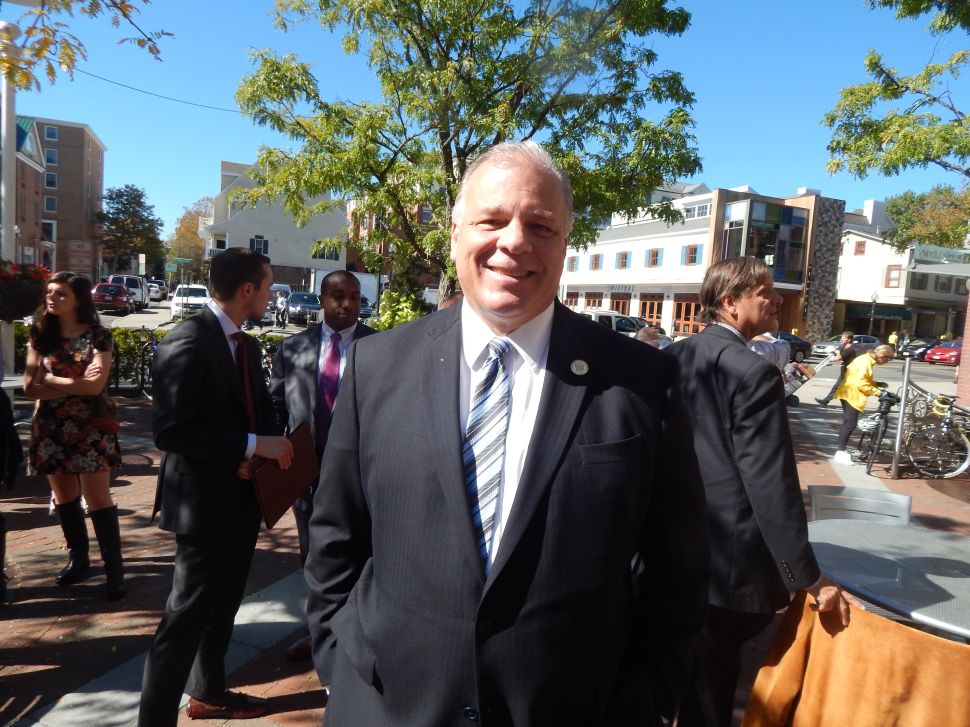