TRENTON — Senate President Steve Sweeney (D-3) called on Governor Chris Christie to fund lead testing testing for New Jersey public schools’ Monday, and said long-term infrastructure projects will be necessary to avert more disasters like Newark schools’ elevated levels of lead in their drinking . Christie dedicated $10 million to lead paint abatement last week, but said he would not consider any extra-budgetary spending to fund testing or the installation of filters.

“The fact that we had government agencies that knew about it kind of is the most alarming part of it,” Sweeney said of last month’s revelations that more than half of Newark schools have lead bleeding into their because of pipes installed more than a century ago. Students there are relying on bottled until the pipes are replaced or filters are installed. Sweeney’s bill would appropriate as much as $20 million to reimburse them for installing mandatory filters in schools that test positive.

“We’re throwing the $3 million at it to do the testing, we think that’s sufficient,” he said of the plan’s first steps, adding that other municiplaities should follow Hamilton and Paterson’s leading in testing immediately, with or without the additional funding. “We can’t mandate it, but I think they have an obligation as districts.”

On persuading the governor to consider allocating the additional money, Sweeney said he was optimistic but that the conversation hasn’t happened yet. Christie’s willingness to compromise with the Senate President on a new Democratic justice for the state Supreme Court could bode well for those negotiations.

“I think that we’re going to be able to talk to him on this, I really do,” Sweeney said. “I think we all recognize there’s an issue, I think that’s why he put the $10 million back in for lead paint. But we have to deal with the issue.” 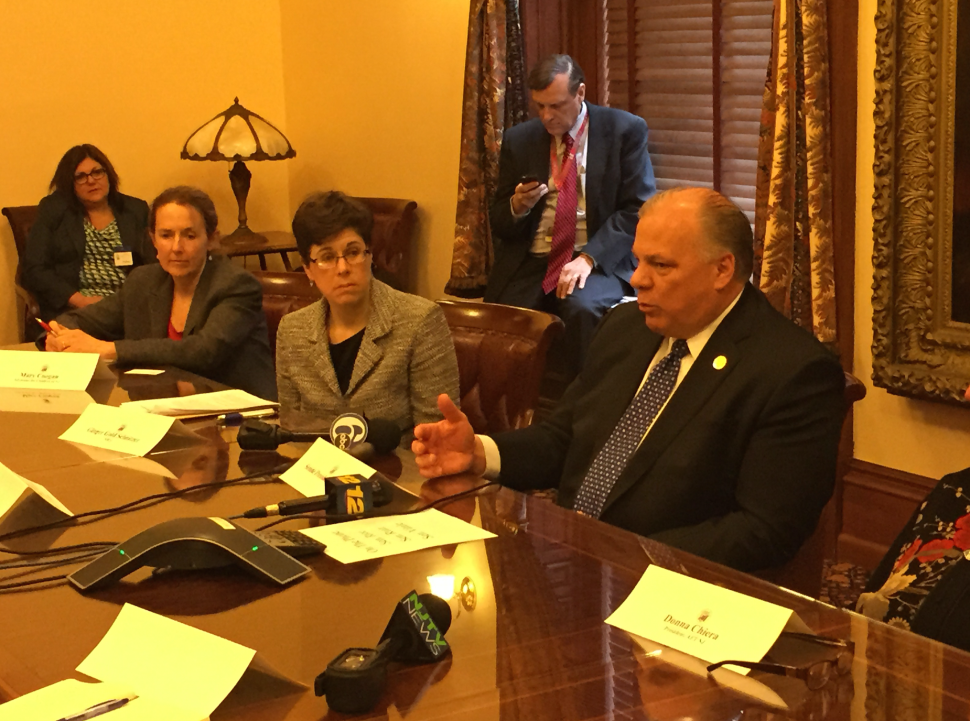