It is hard to imagine a movie that would make a viewer nostalgic for porn theaters but Taxi Driver, on its 40th Anniversary, does just that. Maybe it’s the brassy Bernard Hermann score that gives the images of a Bicentennial-era Manhattan their poetry: the drunk dives with their gaudy neon signs (The Terminal Bar!), the jumbled 42nd Street movie houses sheltering frisky rats and men sitting in the dark with bottomless popcorn tubs on their laps in the middle of the day; the pimps and the prostitutes; the open maw of Penn Station awaiting the next hick from Pittsburgh to be fleeced. Maybe it’s just that it’s a film and you can’t smell the old-man piss magnified by the humidity in a New York summer.

After the film screened at the Beacon Theater in a print as beautiful as the ornate scrollwork of that vintage vaudevillian interior, the creative team reunited in a long and self-conscious row. Forty years is a long time and, in a way, this is nearly a home movie for Robert DeNiro, Marty Scorsese, Jodie Foster, Cybill Shepherd, Paul Schrader, Michael Phillips and Harvey Keitel (chaperoned by the Film Society’s studiously downbeat Kent Jones).

The city of the seventies pictured in beautiful shot after beautiful shot lacks the sheen of the mall, the H&M’s and gleaming cineplexes that plaster our post-Guiliani tourist zone.

The long row of epic talent vamped charmingly as they scrambled for stories that hadn’t been told repeatedly in the four decades since the creation of the classic drama of Travis Bickle, cabbie vigilante. Scorsese goaded Keitel, who plays a pimp, to tell his story about researching his role with a street procurer. After much prodding, Keitel told a sanitized version of what must be one hell of a drunken, doped oratory. Once prompted, DeNiro discussed driving a cab for ten days after returning from Italy where he shot Bernardo Bertolucci’s 1900, already an Oscar winner for The Godfather: Part II. When DeNiro left the story short, Scorsese added the punchline: a fare had gotten into DeNiro’s cab and said, ‘hey, didn’t you win an Oscar?” Even actors have to eat.

Onstage, Scorsese said: “The City is a character.” So true! Dirty Manhattan before the purge is possibly the film’s most enduring spirit beyond DeNiro’s “you’re talking to me” hate-filled hack with an inexplicable (and a bit strained) blonde obsession.  Like DeNiro’s enduring, pared-down performance, the city of the seventies pictured in beautiful shot after beautiful shot lacks the sheen of the mall, the H&M’s and gleaming cineplexes that plaster our post-Guiliani tourist zone.

Sure, it wasn’t pretty. And, okay, it wasn’t safe. But it was real. In the movie, Travis Bickle raves against a sick city of pimps and hoes, seen in the rearview mirror of a yellow cab. Looking back with nostalgia in the new New York of Starbucks and Madame Tussauds, I miss the authentic Manhattan vice of my early struggly, fourth-floor walk-up years – but I don’t miss the smell. 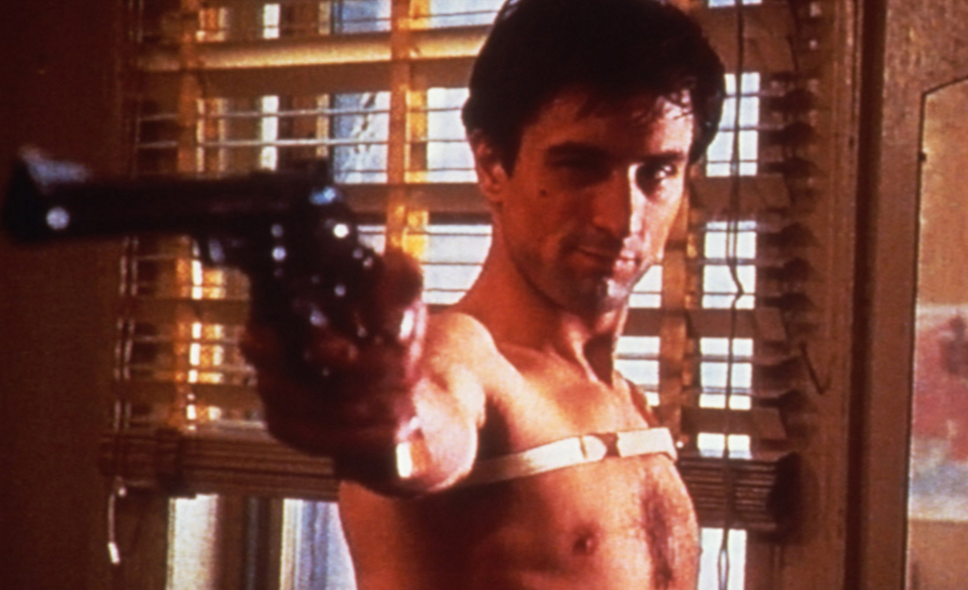