“It is unusual to make the announcement as early as we’re doing so now. Well I think all would acknowledge that this race, if anything, it is unusual,” Mr. Cruz said this afternoon in Indiana, which votes next week.

Mr. Cruz’s remarks come a day after Mr. Trump swept five Northeastern states where Mr. Cruz performed poorly, inching the real estate mogul closer to the 1,237 delegates necessary to clinch the nomination outright—but even as Mr. Trump has many more delegates than Mr. Cruz, it will still be difficult for him to hit that threshold. It also comes after Mr. Cruz made a pact with Ohio Gov. John Kasich to team up against Mr. Trump in Indiana.

Last night, Mr. Trump proclaimed himself the “presumptive nominee” and called on Mr. Cruz and Mr. Kasich to get out of the race, saying their pact showed “weakness.”

And Mr. Cruz’s decision to tap a woman as his vice presidential candidate comes just hours after Mr. Trump last night accused Hillary Clinton, the Democratic front-runner, of playing the “woman card.” Polls show Mr. Trump is deeply unpopular with women, and he’s been criticized not just for his remarks about Ms. Clinton but also for disparaging Ms. Fiorina, including about her looks. Today, Mr. Cruz recalled Mr. Trump’s remarks in a debate about “that face.”

Today, Mr. Cruz said everyone recalled “the grace, the class, the elan with which Carly responded.”

Ms. Fiorina—who at one point broke into a song about Mr. Cruz’s daughters—echoed his insistence that the race was not over.

“I’ve had tough fights all my life,” she said. “Tough fights don’t worry me a bit.”

She launched her own attack on Ms. Clinton, grouping her in with Mr. Trump as a pair of liberals who would not change the system but “are the system.” 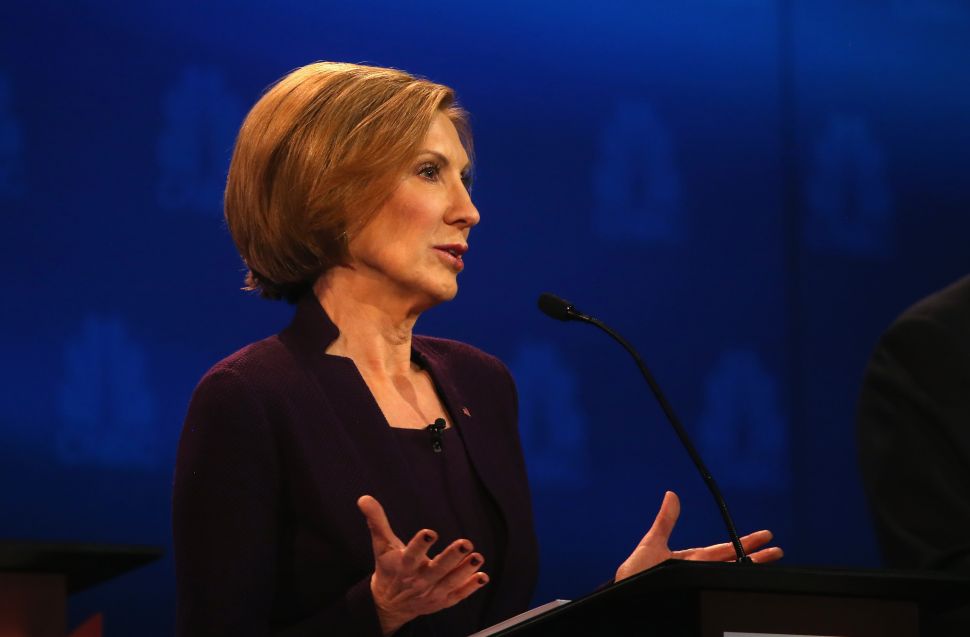