One of the staples of many hit shows is its theme tune. As soon as those opening sounds start we get into gear for our favorite show, and perhaps even hum along. And, if it’s really good, we might even tap a toe.

But there’s an even finer art to the theme song; not theme tune. Some television shows out there dare to be brave and hit the audience over the head with an actual song with singing and lyrics to kick off proceedings. So let’s have a seat, and take a listen to the finest theme songs since time began.

Quirky pop combo Barenaked Ladies supply this original song for the long-running nerdy show. It neatly gets over the science-y aspects of the show, which don’t seem to be as prevalent anymore. Along with the laughs.

Another indie rock band are responsible, this time it’s The 88 who supply “At Least It Was Here.” Though it’s slightly disconnected from the actual diegesis of the show, we can’t deny its a top tune.

Ah, the 80s. Did we really have guitars that sounded like that? Apparently so. This gem sung by Al Jarreau was produced by legend Niles Rodgers for the ABC detective show starring Cybil Shepherd and Bruce Willis.

“I can’t do this all on my own,” is a wonderful statement in anyone’s book. We all need help, man. No matter how young or good-looking or constantly hilarious you are.

It only breezes in for about 12 seconds but the song “Superman” from Lazlo Bane is a treat (previously found on their album All the Time in the World).

Kids’ shows are, rather surprisingly, a hotbed of creativity when it comes to theme songs. Maybe it’s because of the competition or the sheer number of them; whatever it is, it means we get pearls like this.

The (web) swinging hit was co-written by three-time Oscar winner Paul Francis Webster. Though we would take the writers of the song to task on, “Does whatever a spider can.” Simply not true.

Let’s pop over to our funny chums across the pond in England with a song written by comedy maestro Eric Idle. The Monty Python member sets the tone for the comedy which looked at the older years in a man’s life, post-retirement.

One Foot In The Grave ran for 11 years in the UK which you may think is a long time, especially for a British show but, sadly, this only yielded just over 40 episodes.

Sung by the show’s main voice talent Seth MacFarlane, the tune hits every spot of nostalgia and show-setting (laced with irony, of course) and was composed by Grammy Award-winning Walter Murphy (who had a massive hit in the 70s wit his funk-soaked, “A Fifth of Beethoven.”

Another tune here that had its origin elsewhere. The sassy sitcom took lonely boy Andrew Gold’s 1978 hit “Thank You For Being A Friend” and made it their own. Oddly, for an 80s show, they went decidedly 70s for the theme.

The best in this oeuvre always manage to explain the premise of the show succinctly and memorably. If you’re lucky, you will be able to forget the “version” that the B-52s concocted for the 1994 film.

Written by Muppet legend Jim Henson with Sam Pottle (a collaborator on puppet extravaganza, Sesame Street), the theme is another example of how kids just love jazz and jazz-infused melodies.

The 60s was a groovy time. So groovy. This twistin’ toon came from Doug Goodwin who went on to compose many more songs but none as positively perky as this one from 1969.

Sticking with the groovetastic, “Scooby-Doo Where Are You?” rocked our little minds, also in the final year of the sixties. It was written by composer David Mook and songwriter Ben Raleigh (whose impressive catalogue has been covered by artists such as Nat King Cole, Johnny Mathis, and The Monkees).

This haunting and chilly tune gets under the skin and floats around the brain like a troubling nightmare. Titled “Peeling Off The Layers,” this was originally performed by  Swedish duo Wildbirds & Peacedrums and re-recorded for the scintillating series by Icelandic experimentalist Ben Frost.

Its sparse beauty matches that of the series which was a huge hit for Sky Atlantic in the UK (and can be seen on Pivot in the US).

Ironically, the New York sitcom chose to go down a different route when it came to the theme tune. Rather than a tasteful and cool NY sound, the producers went for a more bland, middle America rock sound.

Still, “I’ll Be There For You” is a great sitcom song, despite how The Rembrandts look.

16. The Dukes Of Hazzard

More great storytelling in under a minute. It was written and performed by Waylon Jennings, who also served as the show’s narrator. “Good Ol’ Boys” was a No.1 hit on the Billboard Magazine ‘Hot Country Singles’ chart in 1980.

15. Malcolm In The Middle

Brooklyn’s finest (in fact, one of America’s finest), They Might Be Giants have become well-known for their fantastic work in the children’s album arena. Titled “Boss Of Me,” the song became a worldwide hit for the band in 2000 and was a neat reflection on the psyche of the series.

Interestingly, and we use the word quite wrongly, for the first two seasons of Happy Days the theme tune was actually “Rock Around The Clock” by Bill Haley and His Comets. Up until then, the days of the week rocker was used as the show’s closing credits.

From Season 3, the more familiar Happy Days song, written by Norman Gimbel and Charles Fox (the men behind “Killing Me Softly with His Song”, and the former an Oscar-winner), became the opener.

It only seems fitting that the world’s greatest “super hero” gets the greatest theme tune. One could argue that lyrically it doesn’t convey the mood and stretches the definition of song we set up at the start of this piece, but let’s just sit back and enjoy jazzman Neal Hefti’s joyous and unbridled exploration of crime-fighting. Mr. Hefti was no one-hit wonder, also penning the iconic theme tune for 1968’s The Odd Couple.

Here’s another beauty from 1969 (what was in the that year?). “Can You Tell Me How to Get to Sesame Street?”—to give it its full title—is an upbeat, life-affirming splash of from Grammy-winning and Oscar-nominated, Joe Raposo.

TV’s Lee Majors gets slightly misogynistic and very 80s in this theme that aptly demonstrates the mindset of lead character, the unknown stuntman Colt Seavers. According to the lyrics, he was never “with” anything “less than a nine,” and bemoans the fact they, “don’t end up as mine.” Buddy, I think you just revealed why.

Over to the UK again for this charming slice of World War II nostalgia. Sung by Bud Flanagan, a comic from the music hall days (Britain’s Vaudeville equivalent), “Who Do You Think You Are Kidding, Mr. Hitler?” was co-written by one of the show’s creators Jimmy Perry, who won the Ivor Novello Award in 1971 for Best TV Signature Tune.

Ah, the eighties. When racism was finally defeated.

Garry Shandling’s very sad passing recently did bring his unique sitcom theme tune back to the fore once more. Truly meta in its exposition, composer Joey Carbone quite rightly won a Cable ACE Award for his efforts. Never before, or even since, has a theme song been so in tune with it show.

If only The Beatles had their own show!

Annoyingly, the rather fantastic verse from this Oscar-winning disco-infused pop ditty is missing from the TV titles, but we still get the magnificent chorus. Not only that, its theme and message perfectly matches the show’s ethos and the hopes and dreams of its characters.

5. Are You Being Served?

Surprisingly, this very British slice of 70s innuendo and class war, has a devoted following in the U.S.—mainly thanks to the thoughtful folks at PBS who scheduled the series accordingly. The theme tune was composed by Ronnie Hazlehurst (a man behind numerous hit shows) and grooves in on air contrary to how one would view an English department store not to mention erotically-charged and damn sexy.

4. The Fresh Prince of Bel-Air

We’re using the English title for this Japanese television drama which is actually called, Saiyūki (trans. “Journey to the West”). Based on the Chinese novel of the same name, the series boasted the funkiest and most out-there opening ever in the form of its theme tune. Utilising the forgotten art of the spoken intro, the song “Monkey Magic” funked all over the place in the most pleasing of fashions.

Japanese band Godiego performed the opener and the extraordinary beautiful and touching closing song, “Gandhara”—which we’ve also included above as a special bonus treat. Like a B-Side, but better.

As apt now as it was then, making your way in the world DOES take a lot. And, you know what, I WOULD like to go somewhere everybody knows my name. Sadly, the song did not address the harrowing and debilitating effects of alcohol addiction. You can’t win ‘em all.

The song that gets in your head once, and never goes away (well, until you find the “Peeno Noir” episode of the hit Netflix series). And this is certainly not a bad thing—singing, “They alive, damnit!” whilst doing the grocery shopping brightens up your day.

Uplifting and heartfelt, “Unbreakable” was composed by comedic act The Gregory Brothers and performed by standup, Brooklyn’s Mike Britt. Season 2 of this delightful and hilarious sitcom is out now. Dive in and sing away—“Females are strong as hell!” Preach.

Never have we been so glad to have a worm like this in our collective ear. 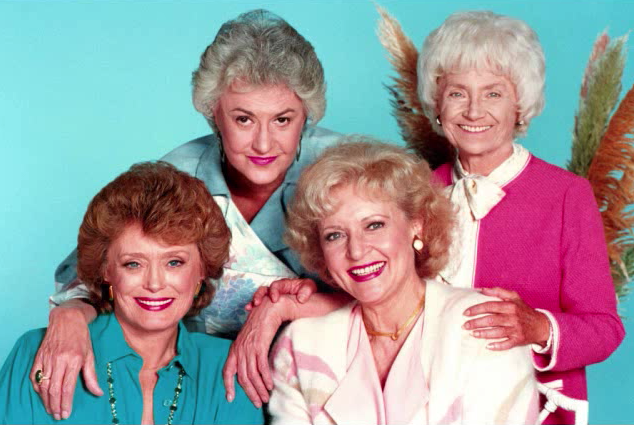