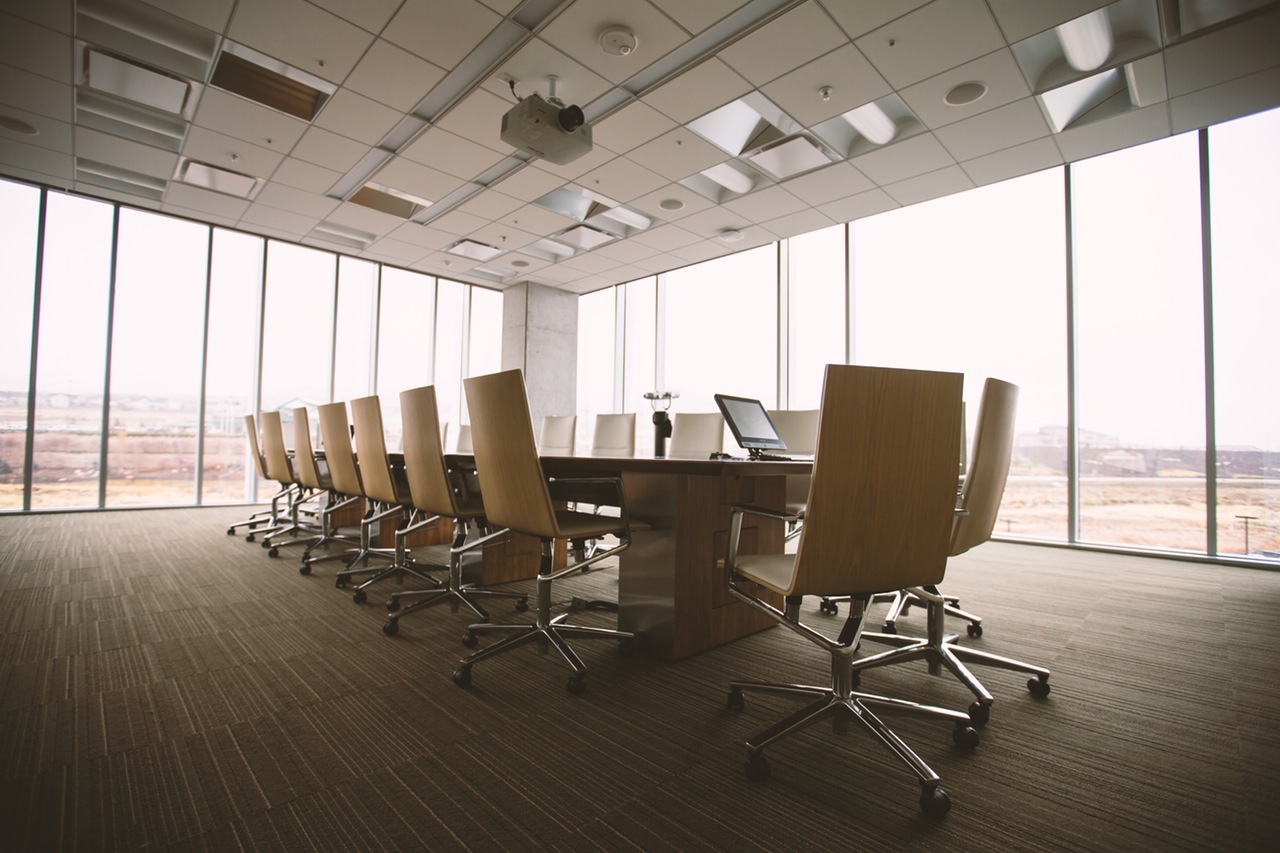 Never underestimate what great company culture can do. (Photo: Pexels)

About a year ago, when James Orsini joined VaynerMedia as our Chief Integration Officer (CIO), he was amazed at how low our voluntary turnover rate was. “What are we doing?” he asked me. My response? “We are an HR-driven organization.”

VaynerMedia is a private company, which means that I don’t have Wall Street breathing down my neck (so all my decisions don’t have to map out to 90-day profit behaviors). So, to build the company, I have to use the number one asset that I have: people and the relationships I have with them. In the past 7 years, VaynerMedia has grown from 20 employees to more than 600 across five different offices around the world. During that timespan, preserving company culture has always been the number one priority for me.

I truly believe that the continuity of a great team trumps everything. It’s just like in sports—a team that has been playing together for a long time usually beats a group of superstars that came together for just a season. And that’s what I aspire to build at VaynerMedia, a team that’s built to win for decades based on the continuity they have with one another.

Despite the movies and the media portrayals, having endless snacks and espresso bars aren’t what creates great corporate culture. You don’t get to claim that you have great culture just because you have an unlimited vacation day policy or an open floor plan.

Company culture stems from the top. That’s why I like to say that I am an HR-driven CEO—I am the head of HR as much as I am the CEO of VaynerMedia. It’s the best way I can communicate how strongly I care about my employees and how much I believe that a strong internal culture is the key to a company’s success.

Caring about your employees doesn’t just mean providing them with health benefits or 401(k) plans. When I say “I care about my employees,” I really mean it. I’m passionate about knowing each and every one of them as individuals.

The problem with a lot of companies is that HR comes second to their bottom line. Not only is it not a priority, but most companies act as if their employees all have the same driving motivations for working there: to make a paycheck and receive benefits.

But here’s the thing: You can’t put everybody in the same box—everyone is driven by different goals and aspirations. I recognize that my team of more than 600 people is driven by 600+ individuals who each have their own specific wants and needs. For example, I understand that some of my younger employees are motivated by money. I understand that others want a great work-life balance. I understand that the needs might be different for someone who just moved to New York versus someone who wants to start settling down. I care about what they care about. Why? Because life’s a value exchange—when you care about your employees, it translates into value they can give back to your company.

So, how do you find out what motivates your employees? The same way you start any relationship: trust. And you gain that trust by interacting with your employees and acknowledging them as individuals. These interactions can be as small as a wink in the hallway or a wave as you walk past the conference room they’re in.

It’s what I like to call the “Rickey Henderson Effect.” Back in 1985, I was 10 years old and went to my first baseball game. At the end of an inning, Rickey Henderson caught a fly ball and, as he ran into the dugout, he looked up at me and winked. It took Rickey a hundredth of a second to acknowledge me, but for the next five years of my life, I was his biggest fan. I bought everything “Rickey Henderson.”

Efforts like Rickey’s wink have enormous ROI. Although my schedule is jam-packed, I still make it a point to sit down with every new hire at VaynerMedia within the first few months of them joining us. Even though it’s only 5 minutes, it gives us a chance to do two things: (1) they get to know me and ask the questions they want to ask and (2) it gives me the context of who they are and what I can do for them to reach their professional or personal goals.

The beauty of this interaction is that this is just the beginning of our relationship. Here’s the thing: a 5-minute, one-on-one conversation about the town they grew up in or their favorite sports team can lead to saying “Hi” in the elevator or the hallway. That can then lead to a productive conversation 6 months down the road when they’re struggling, but are comfortable enough to come and talk to me about it. It’s amazing how a little bit of communication can lead to trust.

It’s important to note that the wink or a “hello” is not a tactic. I’m not doing it because I know it works; I’m doing it because I mean it. It’s me using a gesture to make someone feel a bit more comfortable, so that when the need arises, they’ll come to me with whatever’s bothering them.

Never underestimate what great company culture can do. You may think that awesome projects and accolades come from hard work or the right combination of people on a team. All of those things are part of it—of course. But, when it comes down to it, you need to make sure that each employee is happy with where they are. When you help make your employees happy, it gives them a reason to be excited to be a part of your company.

Earlier last week, I had a big meeting with my senior leadership team and I told them: “Your title is HR ‘comma,’ whatever your actual title is.” When you’re in a leadership position, whether you’re the CEO or a senior account executive, you need to understand that you’re not just the “head of this or head of that.” You’re a Gary or an Emily or a Rickey. The problem is that too many leaders out there think that their work talent justifies being disrespectful to their employees. Just because you have hard skills doesn’t buy you the right to be an asshole. If you do that, you’re not winning the complete game. Hard skill is only part of the equation. What you have to be is human. You need to be accessible and open to anyone around you. Remember: Culture stems from the top.

Even with my senior leadership team helping to scale my emotional quotient (EQ), I’m always trying to move the needle on making myself more accessible to my employees. If you’re the CEO or a leader in a company, I challenge you to come up with two or three HR-driven goals every year. It’s a thought shift in making KPIs around people’s longevity, health, and happiness instead of just your profit margins.

I truly believe that the future of HR is that it becomes more one-on-one. If you give a crap about each of your employees, you can cultivate the right culture that leads to team continuity and, as a result, a strong company. That’s what I aim to do here at VaynerMedia. I want to build the best human empire in the history of time.

PS: As of the writing of this, it’s my firm belief that only 100-150 employees of VaynerMedia’s 600+ have legitimately bought into what you just read above. Only about 100 of them feel comfortable enough to come to me directly with their problems with other individuals or shortcomings within the organization. Another 400 are intrigued and want to buy in, but are cynical because what we’re trying to achieve is difficult and, very honestly, has rarely happened in the business world over the last 70 years. The rest just aren’t there yet.

The reason I want to add this context is because a year ago, only 20-35 of VaynerMedia employees believed our HR-driven strategy. I’m proud to say that we have made tremendous progress. But, even though this has been at the forefront of my ambitions and is something I try and over-communicate with my employees, the numbers are still not where I want them to be. They’re not even close.

If anyone could create an environment where people were comfortable enough to approach the CEO with their internal issues, you’d think that it would be me. I’m a charismatic and outgoing character who goes out of his way to get to know his employees. However, I’m not that naive—I know that as the CEO I have a lot on my plate and I still haven’t been able to crack this nut.

At the beginning of April, I created the Chief Heart Officer (CHO) position at VaynerMedia—the second-most important position at my company (aside from CEO). It’s my next step in scaling my goal of having everyone believe in this strategy. I know Claude Silver, our CHO, fully believes in it and I’m excited to have her on board.

But, I know that it’s going to take a lot of hard work and it’s why I wrote this article. Here’s the thing: If I, someone who’s a great communicator and 100% in control of the situation as the CEO, have a large number of employees who still need convincing, I can’t even imagine what is happening elsewhere in the business world.

In this episode of my show DailyVee, I give a glimpse into the religion of building a business that puts its people first, because it understands that it’s all it has. 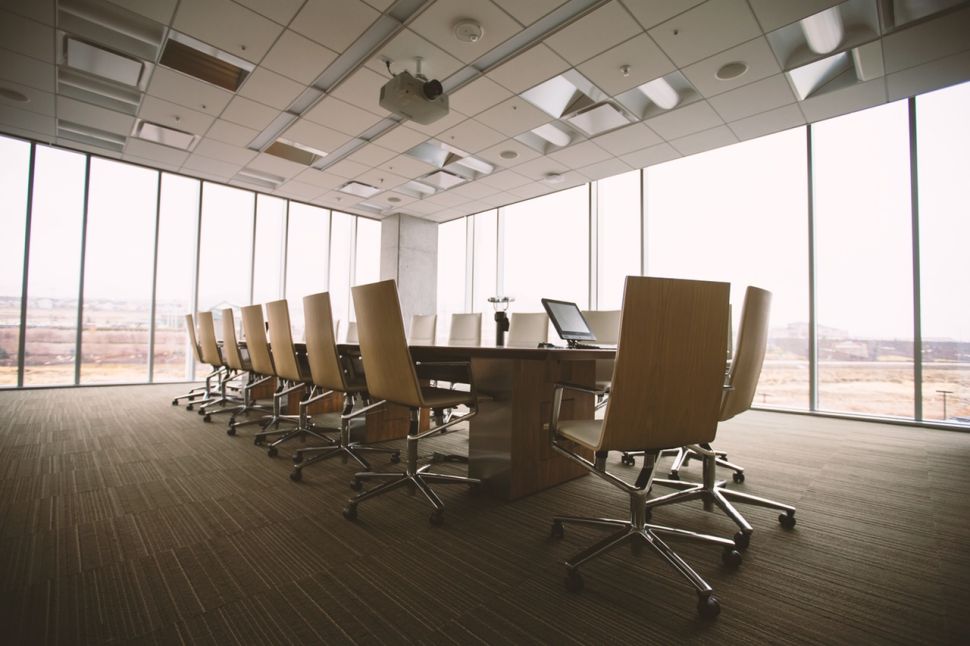