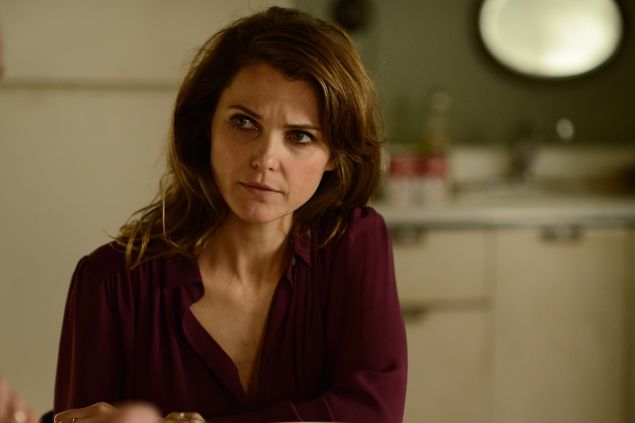 Elizabeth Jennings dreams of death. As she lies in bed, burning with fever from an adverse reaction to chloramphenicol, the powerful antibiotic that gave last night’s episode of The Americans its title, her mind takes her back to her childhood in the Soviet Union. She’s tending to her late mother, suffering from her own early brush with mortality in the form of tuberculosis. The woman gives her daughter instructions on what to do if she dies, though in reality her death is still decades away. When Elizabeth awakens, she’s determined to give her own daughter the same gift her mother gave her, at least according to their liaisons at the Centre: the knowledge that she died loving her child. If the Centre goes through with the plan to murder Pastor Tim and his wife Alice, their own daughter, Paige, will never forgive them, never understand that the love they say they feel for her is real and not a Soviet mind game. After all they’ve put her through, isn’t sparing her that the last they can do?

Philip Jennings dreams of life. As his wife’s body is buffeted by the antibiotic, which for all they know could have been the effects of the disease against which she’d been inoculated, she tells him to pin the blame for Pastor Tim’s death, should it come, on her. She may well die in their quarantined safehouse, making her the perfect scapegoat; after that, Philip can raise Paige and her brother Henry as Americans, plain and simple. “It’s what you want,” Elizabeth tells him. “It’s what you’ve always wanted.” He confirms this fantasy of a new life to William, the bioweapons expert they’ve coerced into helping them survive their exposure to the highly infectious agent that has their handler Gabriel, and possibly Elizabeth herself, at death’s door. William, who has dreams of his own—dreams in which he, like Philip, has a partner to talk to about the job to which he’s dedicated his entire life—says “no sane person would do what we do.” Philip indicates that Elizabeth would, but admits he wouldn’t, that if given the choice, he’d be “normal.” He says this in a house full of deep-cover operatives who fear they’re all about to die from a stolen sample of an illegal biological weapon. A normal life is as far from his reality as being able to fly.

Henry Jennings dreams of love—or lust, at the very least. This has been true for some time, at least since we discovered his masturbatory stash and its swimsuit snapshot of Sandra Beeman. Because his own father is always “working,” he’s turned to the man next door, Sandra’s ex-husband Stan, for advice on everything from whether he has a shot at his hot science teacher to, in this episode, what the first thing the older man said to his future wife was. Turns out it wasn’t anything: She spilled a drink on him, and her uncontrollable laughter won him over. “And then what happened?” Henry asks, grinning over this glimpse into the romantic lives of college kids free to follow their bliss. “Uh, we got married, and had Matthew, and got divorced,” Stan replies, ending the reverie. The failure of love to guarantee happiness is just one of the hard truths Henry will most likely have to learn in the years to come. It may well be the least of them.

Martha Hanson dreams of love as well. She thought she’d found it in Clark, the mysterious but caring secret agent who persuaded her to spy on her colleagues at the FBI for their own good and wound up marrying her in the process. Instead she wound up with an enemy agent—which enemy, exactly, she’s learned enough not to inquire—who’s an entirely different person from the man she thought she knew; he proves his love for her not with hot sex or quiet companionship, but by framing and killing someone else to keep her role in his spying secret. When he fails to contact her with advice regarding the date she’s been asked out on by her coworker Agent Aderholt—her “I love you” gets cut off by his answering machine—she uses their dinner together to concoct a false identity of her own. In this reality, she’s the cool, self-possessed, unashamed mistress of a married man. There’s no lying, no drama, no waiting in vain for him to leave his other life behind—“We provide each other with comfort and companionship,” she says, with no additional questions asked or expectations raised. What about the necessary deception, Aderholt wonders? “We’re not wearing wigs and sneaking into motel rooms,” Martha says, making the lie as pointed as possible given Clark’s costumery. “It’s grown up,” she says, as back at her apartment Stan Beeman breaks into her apartment, takes photos, rifles through her belongings looking for proof she’s not who she says she is. “It’s honest,” she says, as Stan digs through her underwear drawer, flips through the copy of the Kama Sutra with which she and Clark lived out her fantasies, exposing them to an outsider’s corrosive glare. “It’s probably the most honest relationship that I’ve ever had.” It doesn’t exist.

Nina Krilova dreams of freedom. After her former lover Oleg makes a deal with his powerful father—he’ll return from America to Moscow to be with his parents, grieving the loss of their other son in Afghanistan, in exchange for one last attempt by his dad to work his connections and save her life—she receives an official communication that makes her weep with joy. As a free woman, she walks through the sunlit laboratory where she labored as a spy and slave. The scientists and staff offer her knowing smiles as she approaches Anton Baklanov, the friend for whom she risked death, and hands him the airplane tickets that will take them both back to America, to safety, to family, to friends, to love. They walk out onto the snowy tarmac together, as happy as the Jennings family at the bowling alley where, for one evening at least, they enjoyed a normal life. Then Nina wakes up alone. Guards have come to transfer her to a new location. She walks down a series of corridors to a table, behind which sits a bureaucrat who informs her she is about to be killed. She has time to sob twice before the bullet enters her skull. Men in uniform wrap her dead body in canvas and cart it away as an official and a physician sign the requisite paperwork. The blood from her skull pools on the floor just a few feet away, like the last traces of a beautiful dream that, by the time you wake up, you’ve already begun to forget. 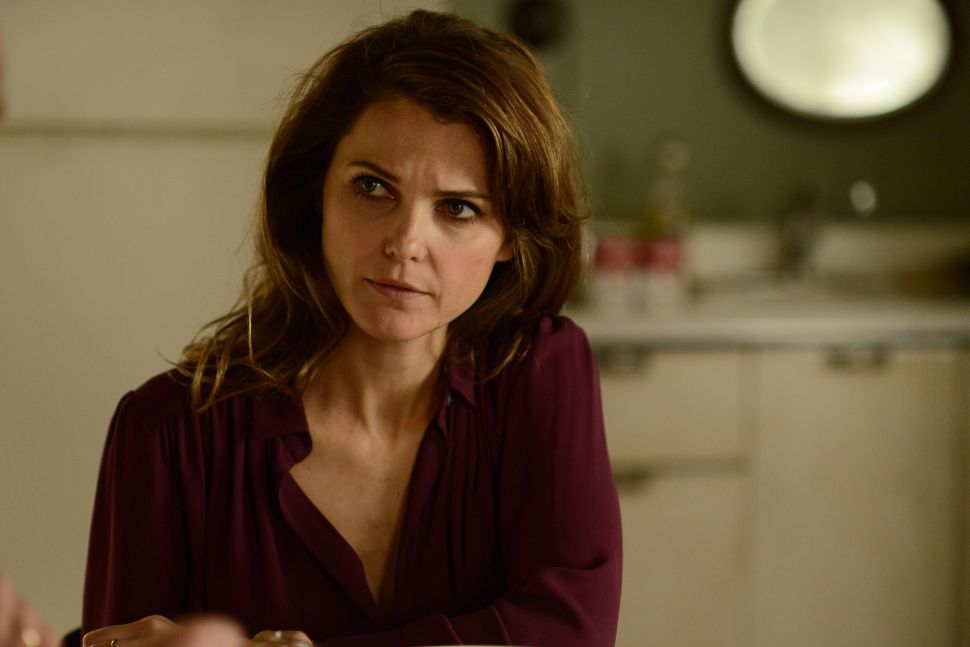