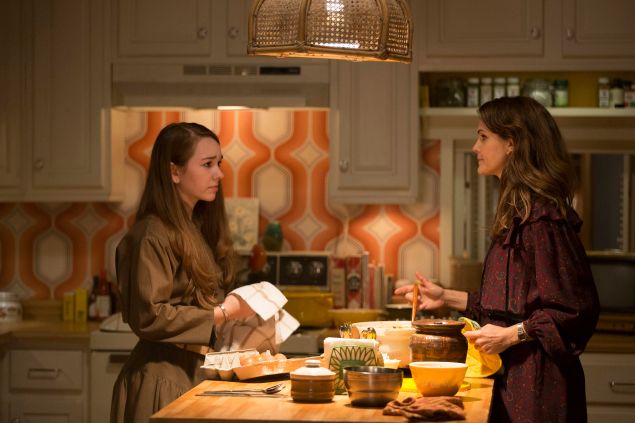 The Americans is that special kind of good television where you know it’s good–and I mean this sincerely–because it’s nauseating to watch. With each passing moment the dilemma into which Philip and Elizabeth Jennings have placed themselves feels more and more intractable, and the violations of others for which they are responsible more and more unforgivable, to the point where my reaction is one of literal physical revulsion. There were times during “The Rat,” this week’s episode — such as when, in the safe house to which they’ve retreated believing her cover to be blown, “Clark” held Martha’s hand and told her everything would be alright, “I promise, I promise” — where it watching felt less like spectatorship and more like complicity. It leaves a bad taste in your throat, which is as high a compliment as I can pay it.

Here’s another. When I watch a show I’m slated to review, I take notes in a text/edit document I open on a second monitor. They’re a blend of rudimentary plot info, observations on individual performances, descriptions of the cinematography and soundtrack, questions or exclamations I have in response, and so on. I hit return a couple of times between scenes and make the occasional, important note all-caps to keep track of things. That’s how it usually works, anyway. On The Americans, my notes are virtually a verbatim dialogue transcript. The other stuff’s in there too, but if I’m not careful I’ll wind up typing along with the characters as they speak for minutes at a time. That’s because every phrase feels so weighted with ideas and emotions, so carefully calibrated by the participants to convey just the right amount of information and no more. These people need to talk each other through things, since every one of them feels about to fall apart for want of the truth, but there’s only so much truth any of them can handle, either saying or hearing. So every word feels important, and (nearly) every word gets written down

Here’s the exchange between Philip and Elizabeth when she discovers he no longer wears his “Clark” disguise around Martha.

“About three weeks ago. She was falling apart. I had to.”

“I didn’t know what else to do. She needed…I don’t know.”

Here’s Martha talking to Philip after Elizabeth, whom she knows as his “sister” “Jennifer,” leaves, when she realizes just how profound a life-change she’s in the process of experiencing.

“What will happen. Where will we go?”

“Are you involved with her?”

“We’ve worked together for a long time.”

Read these exchanges back and the clipped, pressurized tension of each line rings out. But so much is still lost, in how the camera frames the faces of the participants, allowing their eyes and mouths and jaws and brows to communicate in a language all their own. You lose Elizabeth’s subtle nod of understanding when Philip tells her he had to show Martha his real face, and how it transforms to uncertainty when she wonders if this was an intimacy he wanted. You lose Martha’s tears, and her hiccuping breaths as she tries to control them. You lose how it segues into a sex scene that’s almost unwatchable in the disconnect between what she wants from it — “I need you inside me, come inside me,” she says, desperate for connection — and what he’s capable of giving her; Gabriel may hear them fucking, but the pleasure never reaches Philip’s anxious, staring eyes.

Similarly, terse scenes play out between the FBI agents who at this point are on to Martha, which is why Philip unilaterally took her off the street in the first place. Stan, Aderholt, and Gaad are so methodical and restrained in their discussion of the evidence against Martha that it’s like they’re spelling each word out with scrabble tiles. “Not much of a romantic life. Except that thing with Amador.” “Who was murdered.” “Yeah, I’ve been thinking about that too.” Or later: “Martha’s sick.” “So I hear.” “What say we give her a call. Make sure she’s okay.” Or later still, as Stan breaks the news to Gaad: “I think Martha’s bad.” Gaad doesn’t even respond in words, but his disbelief is apparent enough to merit a response on its own: “I know,” Stan adds. This is dialogue as a construction method, words used to flesh out concepts to which the speakers’ minds could barely admit holding.

So it’s appropriate that after all this restraint, shattered only by Philip’s fury at Gabriel for second-guessing his decision to get Martha out, the threat to yell is what brings it all to a head. When Martha wakes up to discover that Philip has been sent on a mission to meet with William, who provides him with the disease-ridden rodent of the episode’s title, and that her gun is missing too, she reasonably suspects something is wrong. (So did I — I had every belief Gabriel would kill her before her lover returned, but apparently not.) So she runs. Gabriel follows her out the door. “No. No! Get away from me. I know what you are. No. You stay away from me! I’ll scream! And everybody will know that you’re KGB.” On a show this economical in its emotional lethality, three letters is all it takes to make you sick. Now that she’s vomited those letters out of her mouth, she’ll never be able to take them back. 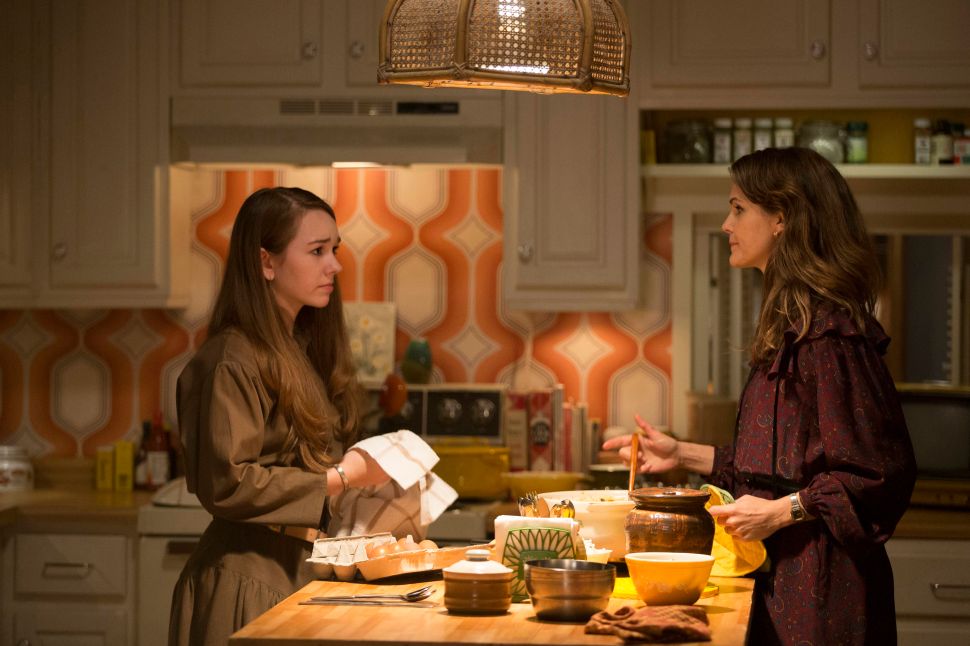