In 1930, Jackson Pollock left Wyoming at the age of 18 to study painting at New York City’s Art Students League, following his two older brothers. He did like so many other artists at the time and before: Go learn where the most notable artists are. The Art Students League still draws aspiring artists who pay a course fee to draw, paint, sculpt or make prints under the tutelage of an experienced artist, but they also may enroll in the institution’s four-year certificate program, concentrating in one of four disciplines—painting, printmaking, sculpture and mixed media.

The Art Students League is one of a growing number of colleges, universities, nonprofit arts organizations and art schools around the country that have developed full-time programs for artists that do not confer any degree. For some of these budding artists, getting a college degree in art is less important than just learning how to make it.

“It wasn’t at all clear to me that going to college and getting a degree would help my career any more than getting a certificate,” said Jennifer Frudakis, a sculptor in New Jersey who enrolled in the four-year certificate program at the Pennsylvania Academy of Fine Arts in 1980 directly out of high school and never earned a college diploma. “There’s no guarantee that a degree would make me a better artist or more likely to sell my work. At PAFA, I learned a trade, and I make a living as an artist.”

A growing number of the students in PAFA’s certificate program are in the 18 to 20 age range and “really want to focus on their studio practice, unencumbered by other coursework that are part of the traditional Bachelor of Fine Arts curriculum,” said Andre van de Putte, dean of enrollment at the art school. (In addition to its one- and four-year certificates, PAFA has a BFA program.) The degree program and four-year certificate have identical application requirements, and first-year students take the same foundation courses. It is in the second year that liberal arts classes are introduced into the curriculum of the BFA students, while those in the certificate program continue to just concentrate on studio. The students work in an “atelier-style” mentorship with professional artists and, in their third and fourth years, receive private studios in which to pursue their own work while continuing to receive guidance and feedback from faculty.

Kathryn Engberg, the daughter and granddaughter of painters and a painter herself, who was born in 1994, opted to forego college to study at New York’s Grand Central Atelier, a non-degree-granting art school, which looks to provide “a pre-Impressionist French academic training” where students “learn to draw and paint in a slow, patient way [and] where progress is based on accomplishment rather than structured on the basis of semesters,” according to the Atelier’s founder and one of its instructors, Jacob Collins. Ms. Engberg said colleges and universities with BFA programs were not for her. “What typical art colleges and universities offer is the ability to experiment in all different fields—graphic design, print making, sculpture, drawing, painting, etc.,” she said. “For me, this diverse education was a negative, because I already knew what I wanted to do. I wanted to paint Classical Realism.” She said the work she saw at conventional degree-granting programs was not what she wanted to make, anyway. “I have a vivid memory of walking through a senior thesis studio at one college, and the entire studio looked like a million balls of yarn exploded. Yarn was draping from wall to wall and in big gobs and knots covering everything. It was very bizarre and not at all like what I wanted to learn to do.”

She said that her mother, also a painter, supported her decision. She understood “how little value a BFA has when you start submitting work to galleries or entering into competitions,” Ms. Engberg said. “All they care about is the quality of the work. She understood that I was going to get the best quality of training from an atelier. My father, who is an airline pilot, was less supportive of the decision in the beginning. He felt that I should get a BFA first and then attend an atelier after.” But, eventually, he came around.

Those with only high school diplomas are by no means the only students in these programs. The age range and backgrounds are quite diverse; some are retirees, some are middle-aged and looking to learn new skills in order to change careers, some are parents returning to school after raising children, others already have degrees and want to improve their art skills before applying to an MFA program, like a post-bachelor’s for art. “A number of them have been in studio art programs in college, but they didn’t spend much time in the studio, and their portfolios are not strong,” said Mary Fisher, school administrative director at the National Academy Museum and School of Fine Arts in New York, whose Studio Art Intensive program takes two or three years to complete. After all, having a degree in art doesn’t mean someone knows how to make things.

Art school itself is not for every student, and those in the certificate program at PAFA may be even more tunnel-visioned than their BFA counterparts. Certificate students “can’t dabble here to see what they like,” Mr. van de Putte said. “It is for very unique students, who know this is going to be their career.”

It is a unique person, generally, who will spend years and thousands of dollars at a school with only a certificate of completion to receive at the end. “I originally started in the diploma program here, but in the end switched into the BFA program,” said Pawel Przewlocki, a sculptor and admissions counselor at the School of the Boston Museum of Fine Arts, who earned both a diploma—that school’s version of a certificate—and the degree in 2014. “Part of my thinking was, ‘What will people think of a diploma?’ I worried that the diploma program would be thought of as adult daycare, as just making stuff, not a rigorous program.”

Claudia Sohrens, a photographer who earned a certificate from the International Center for Photography in 2002 and currently teaches there, noted that she lists the certificate program on her resume when she is looking for a teaching job (she also teaches at Parsons), but not on the resume she uses as an artist, for instance, when presenting herself to a gallery owner. “It’s not relevant in that context,” she said.

The growing interest in certificate art programs may reflect a growing ambivalence about the value of degree programs for artists. Jacob Collins, who earned a Bachelor of Arts in history from Columbia University and otherwise studied painting at several non-degree-granting art schools (New York Studio School, New York Academy of Art and Art Students League), called the BFA “a family compromise for kids who want to just study art and parents who want their kids to go to college.”

The costs of attending are roughly the same for degree and non-degree students. Annual tuition for BFA students is currently $39,928, compared to $35,400 for diploma students. At PAFA, both BFA and four-year certificate students pay annual tuition of $32,960.

Certificate programs at non-degree-granting art schools can be considerably less expensive. Tuition for the four-year certificate program at the Art Students League is $3,300 per year, while the National Academy charges $16,500 for full-time students. Tuition for the certificate program at the New York Studio School is $7,425 each semester, making the total cost of its three-year program $44,550. On the other hand, the one-year certificate program offered by New York’s International Center for Photography is a regular college-priced $32,817 for the 2016-2017 academic year, not including the $100 application fee and annual $1,500 lab fee. It is also important to remember that non-degree-granting schools do not qualify for federal financial aid, although individual institutions may have their own scholarship funds.

Just as with Mr. Przewlocki, it is possible that certificate students may move into degree programs at colleges that have both, although no one knows of instances of the opposite taking place. At art schools that do not offer degrees, students must take it on faith that their time and money will lead to something positive. Confidence cannot be in short supply. “It is a lot of time and money being spent not to get a degree,” said Parsons’ director of continuing education, Melinda Wax. Women appear to be more apt to take a flyer on a multi-year non-degree art program than men. A majority of students at the Art Students League, PAFA, Parsons, North Seattle Community College, the School of the Boston Museum of Fine Arts, the International Center for Photography, the University of Massachusetts at Dartmouth, the New York Studio School, Lyme Academy College of Fine Arts and the School of the Art Institute of Chicago are women. Perhaps women are more confident than men that their skills are credential enough. 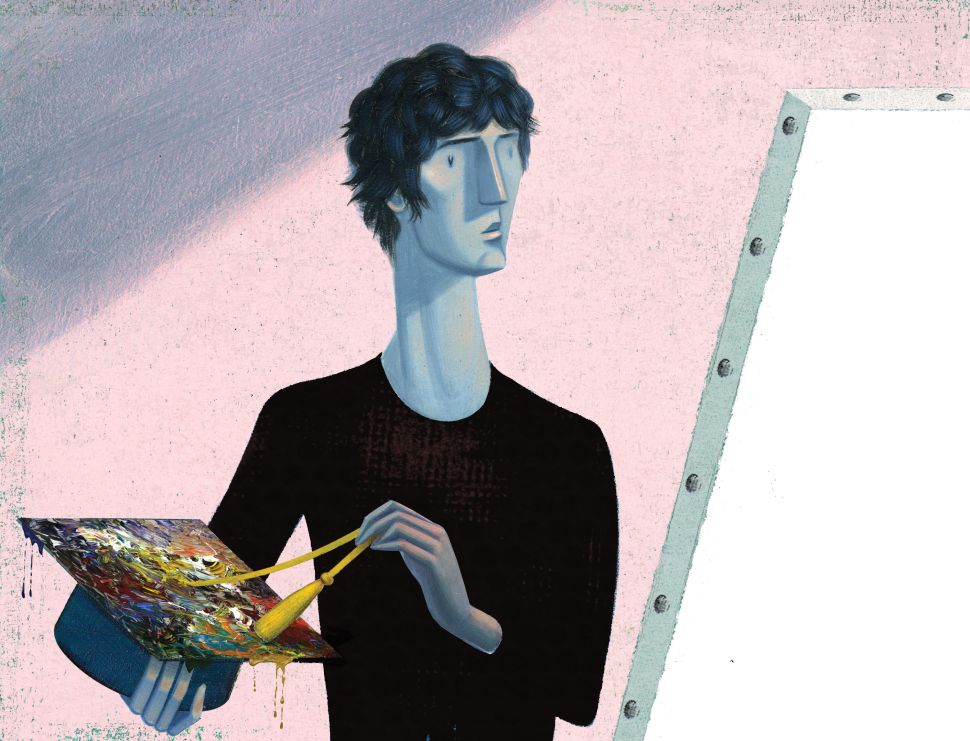