As Governor Chris Christie continues his charm offensive to make his way back into the hearts of New Jersey’s electorate, his Lieutenant Governor Kim Guadagno seems to be positioning herself for a 2017 gubernatorial run.

According to Monmouth University pollster Patrick Murray, Guadagno stands to face an uphill battle as she pursues the new role because of two main factors: her ties to the governor and a low name recognition.

“Christie is going to be a problem for almost any Republican and, certainly, the Lieutenant Governor isn’t going to be able to shake that,” Murray said. “Right now she is not a well-known commodity. She just really doesn’t have high name recognition so it is going to be hard to tell before we get into the campaign how much of a problem that is going to be for her and the other Republicans.”

According to Murray, however, Guadagno is not the only Republican candidate likely to be hampered by low name recognition. He said that two other names widely considered to be in the mix, Assembly Minority Leader John Bramnick and state Senator Mike Doherty, likely will also suffer from that issue.

“It is not like she is starting out with more or less of a handicap than everyone else,” Murray said. “There will almost certainly be a competitive primary so the question is if [the connection to Christie] will help or hurt her in a low turnout gubernatorial primary next year. We don’t know exactly what that small segment of the electorate thinks of Chris Christie. They may be very positive about Chris Christie so that might actually help her in a primary but hurt her in a general.”

According to Murray, if both Bramnick and Guadagno—two establishment favorites—or other establishment figures enter the race, they may split the vote.

“If we have a whole bunch of establishment candidates and then Mike Doherty owning the conservative corner of the electorate in a low turnout primary, then Doherty could win,” Murray said. Murray also said that if only one establishment figure (like Guadagno) runs, that candidate will probably come out on top in the primary to face off against a Democrat in the general election.

Seton Hall Associate Professor in the Department of Political Science and Public Affairs Matt Hale agrees with Murray that Guadagno may be hurt by her Christie association. However, he believes there is one exception in which that association may actually benefit her: if Christie were to align himself with her.

“It is not like there is an heir apparent because Christie hasn’t had particularly long coattails down to other elected officials in New Jersey,” Hale said. “This might sound a little odd but, if Governor Christie anoints someone as next, if he comes out and says, ‘I am going to support Guadagno or I am going to support Bramnick,’ that would pretty much eliminate any sort of a primary fight. The weird thing is that he might not be very popular right now but he is still the most powerful governor in the United States. He still has the power of the governorship to support and punish.”

For now, it seems that one of Guadagno’s main challenges will be building her brand outside of the business community, one sector of New Jersey’s electorate where she is fairly well known.

“One advantage that Guadagno has is that she has a really good reputation with the business community in the state,” Murray said, noting that she might be able to tap business groups for fundraising. “The other thing that we know about Kim Guadagno is that she really is a good campaigner, you just don’t see it. Whenever you see her talking she really can connect with people. She has the skills to do this but when you are in Christie’s sphere, you aren’t allowed to let your light shine on your own.”

Governor Christie’s term does not end until January of 2018. While that gives him 20 months still in office, it provides little time for him to repair his once-sparking reputation ahead of the start of campaign season for the 2017 gubernatorial race. If Christie can repair his reputation, the Republican brand in New Jersey will benefit as will the likes of well known associates like Guadagno. Even so, Democratic candidates are favored to win in the battle for Drumthwacket in 2017.

On Wednesday, Guadagno announced that she would be leading a new think tank, Building a Better NJ Together. 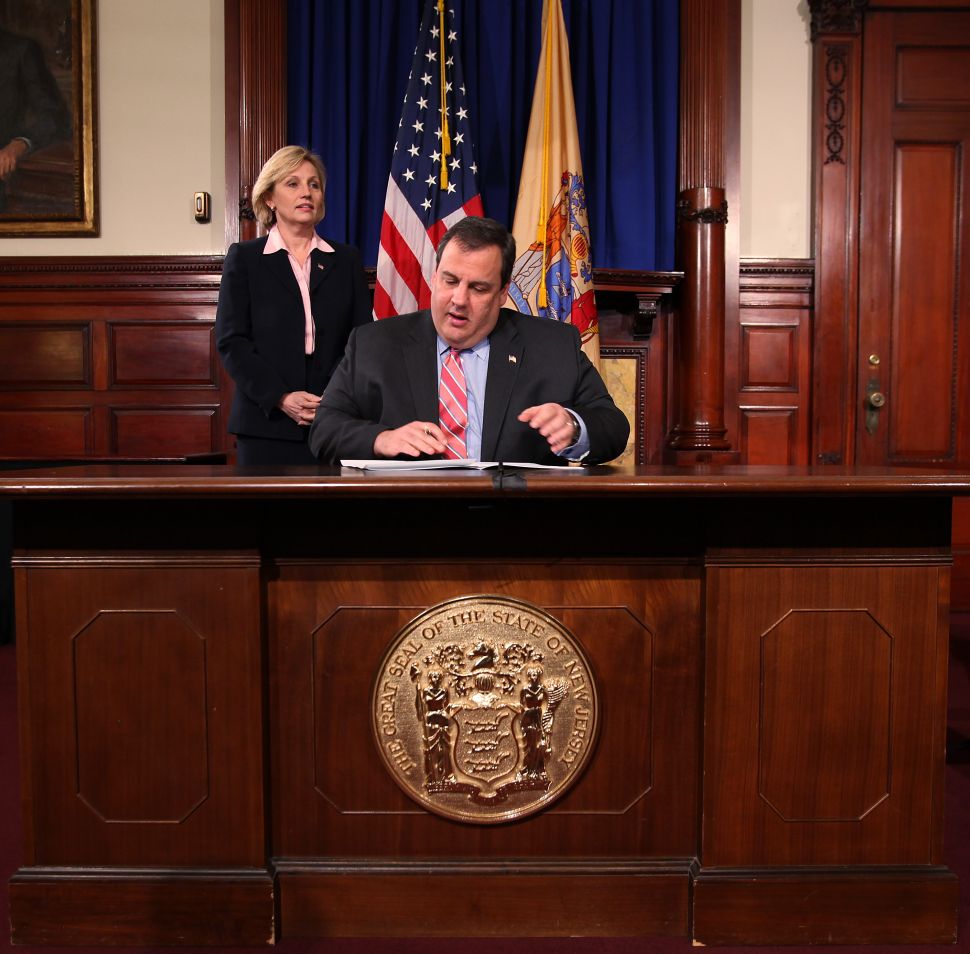