The Edison Democratic Committee will have a non-binding mini-convention on Monday evening at the Crowne Plaza to get behind a single home town choice and try to avoid those divisions that last time empowered an out-of-town candidate, namely Nancy Pinkin of East Brunswick.

The town, by the looks of it, has some work to do on the political front, as disaffected parties appear to be groping for each other in the chill created by the newfound disinterest of former allies.

By gobbling up the support of smaller towns in LD18, Pinkin two years ago defeated the heavily favored Councilman Robert Karabinchak, who had hoped to win the Assembly seat of Peter Barnes.

Now Karabinchak is again knocking on the door of the assembly in hopes of succeeding Assemblyman Pat Diegnan. But he must first contend with the dual home town obstacles of fellow Council people Sapana Shah and Bob Diehl.

Councilwoman Elsie Foster-Dublin awaits in the Pinkin position as the only non-Edison-based contender and stands to gain if Edison remains divided.

For the moment, at least, it is dangerously balkanized in Edison.

Mayor Tom Lankey’s longtime political adviser Anthony Russomano is irritated with the establishment’s choice of Karabinchak, sources say. Russomano feels Lankey should have gotten behind a stronger candidate than the once-beaten councilman. The political mechanic’s strained relations with the mayor have ironically put in play a potential alignment of Russomano with Diehl.

Diehl was the man whose endorsement of sitting Edison Democratic Committee Chairman Keith Hahn put Russomano’s local political dreams on ice. Now Hahn’s apparent developing good relations with Lankey on behalf of Karabinchak’s candidacy – with payback coming in the form of Lankey’s crew resisting a challenge to Hahn’s chairmanship – threatens to drive Russomano into the waiting arms of Diehl.

To review – last year it was Lankey and Russomano teaming up to make Russomano chairman, an effort that failed when Diehl backed Hahn. Now Hahn appears to be flirting with Lankey’s choice of Karabinchak in order to strengthen his own lifespan as chairman, a deal that has Diehl and Russomano reaching for each other as mutually jilted parties.

But, of course, the situation is volatile.

In fact, moments ago, a source close to Hahn assured PolitickerNJ that the local chairman remains devoted to Diehl. 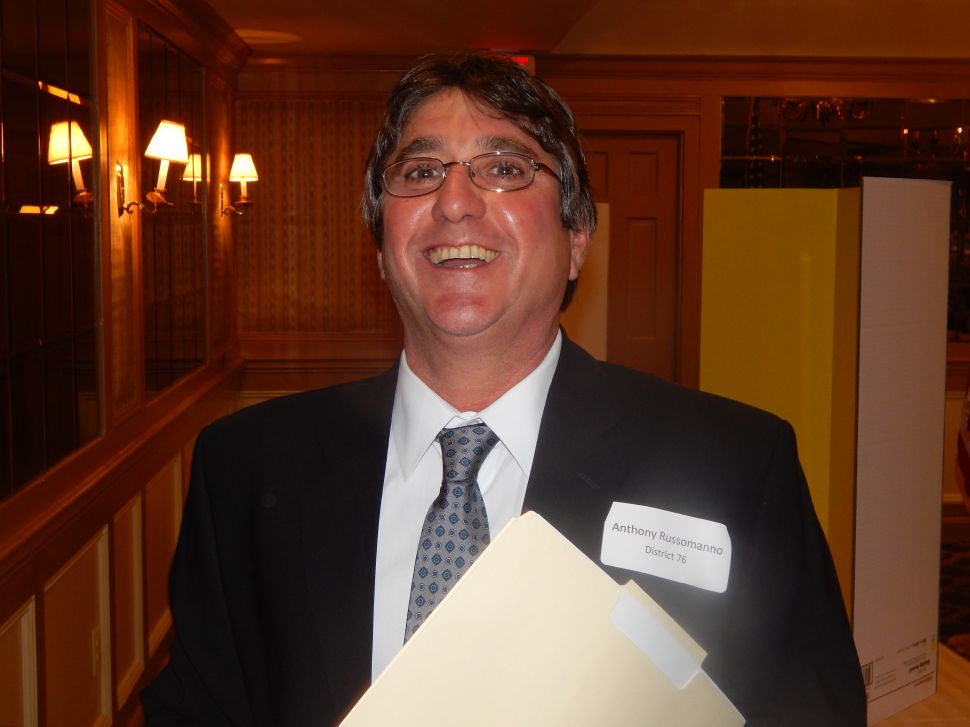