No one was more reticent to like The Magicians, SyFy’s adaptation of Lev Grossman’s “Harry Potter-meets-Rules of Attraction” trilogy which ended its first season yesterday, than me. Like casting a complex spell in Fillory (Grossman’s version of a fucked-up Narnia), there were so many ways this show could have gone completely wrong and made a bloody mess of things. First of all, The Magicians novels span a decade in the life of Quentin Coldwater, our young beta-adjacent protagonist who begins the series as a neurotic, card-trick compulsive uber-nerd desperate to get into an Ivy. By the end of the series, he’s…well…no spoilers, but he’s not that. In the course of the story, Quentin never really becomes a likable protagonist, something which Mr. Grossman told The Observer was only partly based on his own experience as a “intellectually overdeveloped and emotionally immature” adolescent.

So: A long-ass timeline that needed to be compressed not only from three books but 10 years? Check. A protagonist who isn’t so much “unlikable” as he is “super passive-aggressive?” Check. (Say what you will about Walter White, Cersei Lannister and Tony Soprano, but all three are vibrant, active characters.) Non-linear narratives involving both high concept world creation and #realtalk life issues? Well, considering the second book takes place simultaneously in Fillory and within the backstory of Julia, Quentin’s HS crush, who despite being turned away from Brakebills University (Hogwarts for Assholes, essentially) turned into a formidable hedge witch (the magical equivalent of Thiel Fellows), who gets *SPOILER ALERT* raped by a goddamn demon? Check.

Oh, also? The main characters spend large portions of the first book as geese. And then foxes. And then are stricken mute in Antartica, where they toil away for a semester trying to magic a nail into a board.

Literally zero of that spells “fun television watching experience!” The fact that the whole thing was on SyFy, which at the time of The Magicians premiere had produced exactly one awesome show,Battlestar Galactica–and that was in 2005!–didn’t exactly fill me with confidence.

And yet! In the hands of showrunner Sera Gamble, The Magicians is a revelation: a piece of original storytelling that stays close enough to the original source material without being encumbered by it. In fact, two of the most noticeable changes to the story–Quentin’s frenemy Penny changing from a whining pseudo-punk nerd to a broodingly gorgeous, legit badass played by Arjun Gupta, as well as the decision to show Julia’s journey simultaneously to Quentin’s (instead of disappearing her for a season and having her pop back up)–may have rankled super fans for an episode or two before proving themselves as necessary and brilliant deviations.

The Magicians also knew not to fix what wasn’t broke: Quentin’s best friend and mentor, the witty and fabulous Eliot, is perfectly embodied by Hale Appleman, and the tweaks to his character’s trajectory led only to a deeper and more significant character evolution. Janet from the novels is now named Margot, because between Julie, Jane Chatwin (one of the original Narnia children who appears as a guide for Quentin and the team) and a Janet, the show would be hella full of J characters and very confusing. Alice, Quentin’s serious girlfriend at Brakebills, may have first appeared a tad too pretty (and not quite as buxom as she’s described in the novels), but Olivia Taylor Dudley plays her with such prim intensity that you might actually forget that the show just put glasses on a blond girl and considered their proto-feminist character quota met.

Some people have felt the individual episodes have been hit or miss, but for me they’ve all been A+s. An extra plus sign is awarded to the Taylor Swift singalong/living hell of the 4th episode “The World in the Walls,” as well as the “what happens when witches are stuck in a haunted house” hypothetical of “The Writers Room.” Neither, it should be mentioned, occurred anywhere not in the books.

Also great was the 7th episode, “The Mayakovsky Circumstance,” for its handling of the geese/fox/mute Antartica storyline.

Anyway, The Magicians‘ will be coming back sometime in 2017, so you have time to catch up! But be warned, it’s actually pretty terrifying, in the best way possible. 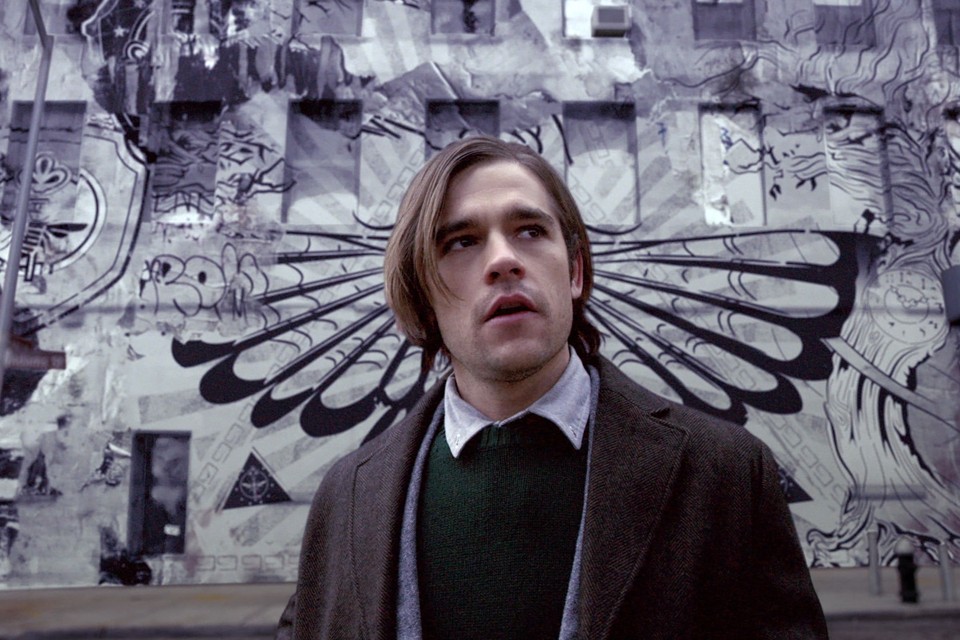