Grey’s Anatomy, Shonda Rhimes’ claim to fame is, among many other things, hella old. Currently in its twelfth (!) season, the ABC medical drama premiered as a late spring replacement in 2005. To give you an idea, the very first iPhone was still two years away; Facebook was still TheFacebook; recording artist Lorde was nine-years-old.  By the metrics of the current television landscape where shows aim for complete reinventions every season, it’s been multiple lifetimes. After all, there are only so many proposals, weddings, pregnancies, career achievements, addictions, and illness diagnoses that can take place before viewers start to check their calendars for the series finale.

Twelve years in, and multiple terminated contracts later, the show’s one constant has been Ellen Pompeo’s titular character of Meredith Grey. To put it lightly, Meredith has seen some s#!t. Even given the Hellmouth that the Grey Sloan Memorial Hospital rests upon, her life reads like a collection of traumas, big and small, that would leave most people catatonic in a small, white room with nice, padded walls.

Below is an excavation of Meredith’s twelve years of damage and upheavals, the sheer weight of which occasionally strains even ABC drama credulity.

She had a one-night stand with her boss before realizing he was her boss.
Which episode? Season 1, Episode 1: “A Hard Day’s Night” (The Pilot)

She was the sole caretaker of her mother, Ellis Grey, a famous surgeon with advanced Alzheimer’s.
Which episodes? Most of Seasons 1 and 2

She learned that her boss-turned-boyfriend was, in fact, a married man.
Which episode?  Season 1, Episode 9: “Who’s Zoomin’ Who?”

When forced to pick between her and his wife, said boss-turned-boyfriend chose to stay with his wife. Ouch.
Which episode? Season 2, Episode 5: “Bring The Pain”
(“Pick me, choose me, love me!” Ouch.)

She grabbed a live bomb from inside a patient’s open body cavity.
Which episode? Season 2, Episode 17: “As We Know It”

Her used panties were nailed to her workplace bulletin board.
Which episode?  Season 3, Episode 1: “Time Has Come Today”

She technically drowned on the site of a massive Ferry Boat crash.
Which episode? Season 3, episode 16: “Drowning on Dry Land”

…which her estranged father, Thatcher, blamed her for, before walking out of her life forever.
Which episode? Season 3, Episode 23:  “The Other Side of This Life (Part 2)”

She discovered she had a long-lost half-sibling: Lexie Grey.
Which episode? Season 4, Episode 1: “A Change Is Gonna Come”
(Incidentally, also a surgeon.)

She developed/uncovered suicidal tendencies.
Which episode? Season 4, Episode 15: “Losing My Mind”
(Or, as her therapist put it: “You’re careless with your life. You’re not slitting your wrists but you’re careless. Probably because your mother told you you were a waste of space on this planet. The problem is you believed her. And if you don’t want out one of these days you’re going to die because of it.”)

She was the one to figure out that the horribly disfigured unknown patient was, in fact, her good friend and roommate, George O’Malley.
Which episode? Season 5, Episode 24: “Now Or Never”
(“It’s George! It’s George!”)

She was held at gunpoint by a deranged shooter during a hospital shootout…
Which episodes? Season 6, Episodes 23-24: “Sanctuary” & “Death and All His Friends”
(These were also two of the show’s strongest episodes ever.)

…Event during which her husband was shot in front of her…
Which episodes? Season 6, Episodes 23-24: “Sanctuary” & “Death and All His Friends”

…The shock of which caused her to have a miscarriage. In the middle of performing an emergency surgery.
Which episodes?  Season 6, Episodes 23-24: “Sanctuary” & “Death and All His Friends”

She was in a plane crash and stranded in the woods for 4 days.
Which episode? Season 8, Episode 24: “Flight”

…During which half-sister Lexie, died a horrifically gruesome death.
Which episode? Season 8, Episode 24: “Flight”
(Why “horrifically gruesome?” We later found out wolves were involved and had themselves a big old plate full of Lexie corpse as the survivors waited for rescue.)

The birth of her second child was an emergency C-section that occurred during a hospital blackout.
Which episode? Season 9, Episode 24: “Perfect Storm”

Her best friend in the whole wide world moved halfway across the world.
Which episode? Season 10, Episode 24: “Fear (of the Unknown)”

She discovered she had another long-lost half-sibling, Maggie Pierce.
Which episode? Season 11, Episode 2: “Puzzle With a Piece Missing”
(Also another surgeon! The upside of a convoluted family riddled with infidelity and affairs is that you occasionally find a spare sibling after wolves eat one.)

…Shortly after impregnating her with their third child.
Which episode? Season 11, Episodes 22-23: “She’s Leaving Home”

She was assaulted by a patient and put into neck brace of silence for 6 weeks.
Which episode? Season 12, Episode 9: “The Sound of Silence”
(Some people cannot and will not ever be allowed to catch a break. Not under Shonda Hunger-Games-Game-Maker Rhimes’ vigilant eye.)

Credit where credit is due, the character carries her weighty history. Former intern Meredith Grey is now the mother of three — albeit mostly unseen — children and only now beginning to date again after an appropriate mourning period as “The Widow Grey.” The overworked interns the show began on twelve years ago now very literally own the hospital and while Meredith’s life story reads as a resounding “yikes”, most of these characters have grown, changed, and been married off with varying degrees of success, right alongside their viewers. So yes, Grey’s Anatomy is still on and dammit, I’m still watching. Time is a flat circle.

Ben Philippe is a TV and Culture Writer based in New York. His writing appears on the A.V. Club, Gawker, Playboy, BuzzFeed, and others. Yes, he knows more Gilmore Girls trivia than you; it’s petty to hate him for it. You can find him on Twitter @GoHomeBen 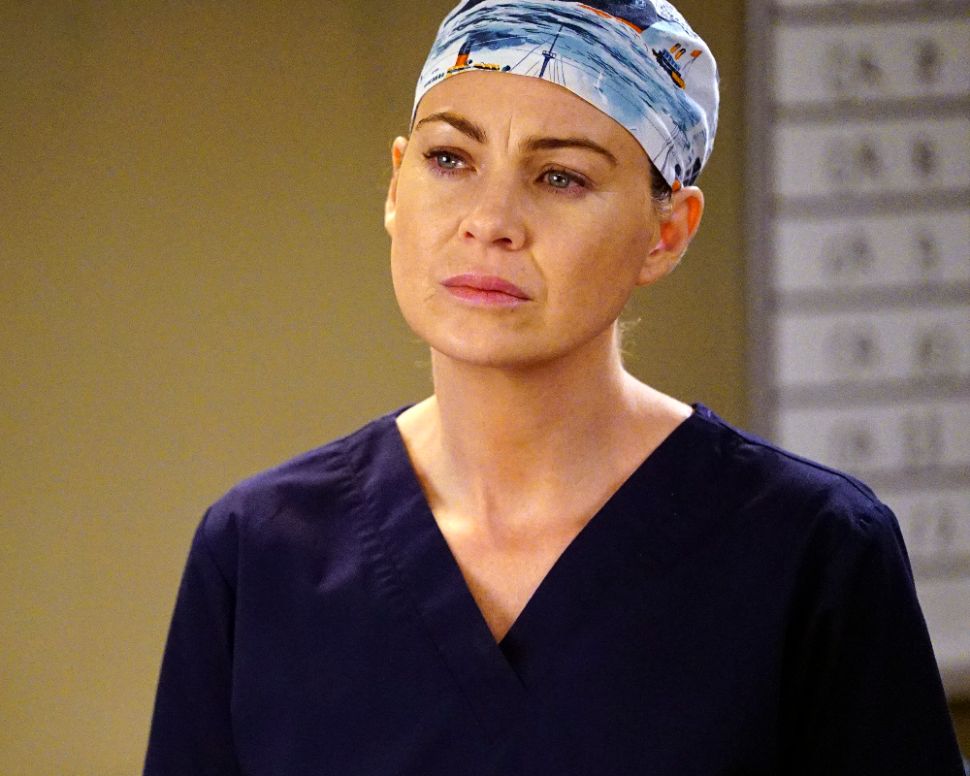