The Man Who Knew Infinity is a biopic based on the life of Srinivasa Ramanujan, the precocious and acclaimed Indian mathematician-genius (1887 – 1920). Ramanujan was born into a poor rural family in India and had no formal college education and yet, through a combination of audacity and arrogance, succeeded in being recognized by and inducted a Fellow of the Royal Society of England.

The ambitions of Director Matt Brown and his crew who embarked on making this movie are laudable. We are told that the effort took twelve long years and that every dollar had to be stretched tenfold to make the film.  The film crew reportedly spent a lot of effort and time to present Ramanujan’s early life in rural South India most authentically, including the depiction of the traditional ways of South Indian Tamil Brahmin women, and the way they wore their saris.

Srinivasa Ramanujan, the math prodigy who intuitively figured out some of the most mind-bending numerical conundrums confounding the best-educated mathematicians in the world, is a fitting hero for respectful tribute. Ron Howard’s 2002 film portrayal of John Nash in A Beautiful Mind presented the multiple dimensions of a brilliant mathematical mind with skill and commercial success.  Matt Brown’s film tells us a sincere tale of Ramanujan’s truncated life and the conflicts and prejudices he had to survive to develop the treasure-trove of transcendental knowledge he left behind for future generations.

And yet, the film is disappointing in many ways, underplaying and omitting some of the most interesting and emotional aspects of Ramanujan’s life and times.

For example, the film tries to tug at our hearts by the pensive portrayal of Janaki, Ramanujan’s wife, whom the mathematician left behind shortly after his marriage when he sailed away to Cambridge, England, to pursue his ambitions to publish his theorems.  The film shows the young wife, lonely and lovelorn, yearning for her husband’s affections or at least for a few regular letters from him during his years away in England. The plight of the real-life Janaki was far worse and could have been woven into the film to infuse more emotion into the film, something that the mathematicians dominating the film understandably lack. In real life, Janaki was a child, only ten years old, when she married Ramanujan. Child marriage was part of accepted customs of that period in rural India and continues to be in a few places even today. The film, however, shows Ramanujan’s wife to be much older, denying and depriving the audience of the real and deeper understanding of the wife’s melancholy from her husband’s voyage seeking fame and recognition abroad.

In any case, Janaki is a digression. The film does not do full justice even to Ramanujan’s own pre-Cambridge period. The film’s portrayal of Ramanujan’s younger years is filled with stereotype scenes of rural India, featuring bullock-carts and huts. Even Wikipedia manages to give us a more vivid and interesting version of Ramanujan’s younger days than this film presents. Many interesting and film-worthy anecdotes shaped the young Ramanujan. He was inspired by a math book borrowed from a friend, he completed school tests in half the allotted time, his father did not attend his wedding ceremony (something very unusual in the context of those times), he had a critical surgery performed for free by a friendly doctor, and he went door-to-door in search of a clerical job. Many of these anecdotes would have provided a dramatic build-up to the story of Ramanujan’s Cambridge years. Instead, the film’s early scenes make a disjointed presentation with Ramanujan’s mother and wife delivering flaccid lines in English (these scenes would have been much better presented with English sub-titles and the characters speaking in vernacular Tamil).

The film makes only fleeting references to the antithetical belief systems of Ramanujan and his mentor, Professor Hardy. The conflicts between the intuition-driven genius who was a devout Hindu and the proof-obsessed professor who was an atheist remain unexplored and underexploited in the film. Dev Patel, playing Ramanujan, struggles to look profound and inspired. But Jeremy Irons, as Professor Hardy, succeeds in packing the right combination of passion and precision, keeping a stiff upper lip until the final scenes of the movie when he melts into his most human instincts, delivering a powerful and poignant mixture of admiration and affection for his protégé.

Ramanujan deserves a lot more tribute and recognition than this film is likely to bestow on him. And yet, this film is an honest homage and it deserves a hearty applause. After all, as mathematicians know, half of infinity is still infinity.

John Laxmi is a freelance writer based in Greenwich, Connecticut. 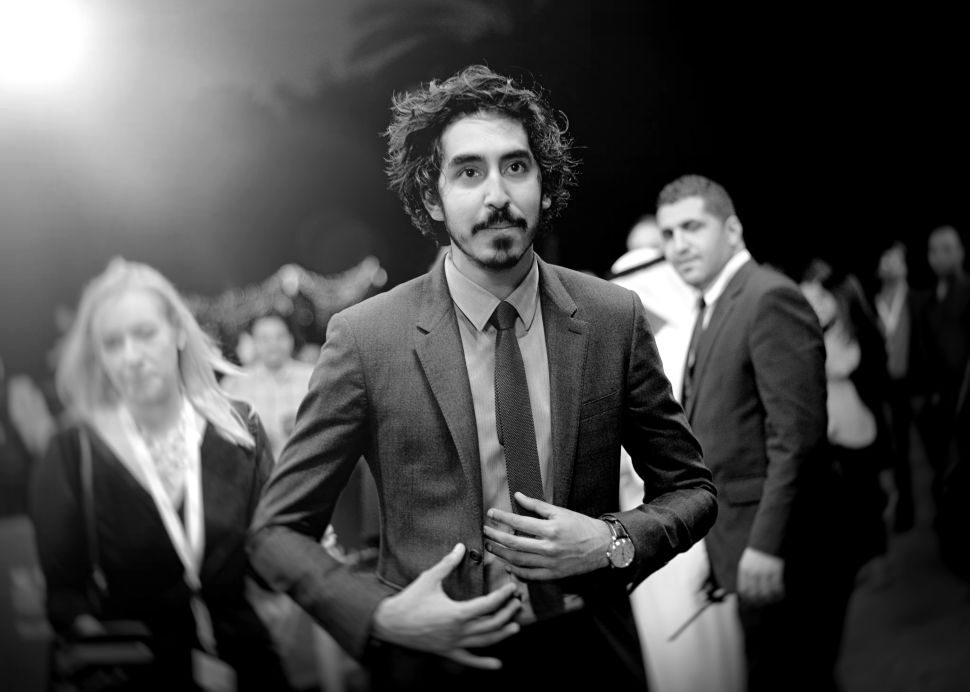