America begins again with the New York primary. Wisconsin is swell and so is New Hampshire; South Carolina is, too, but it’s too predictable, like Mississippi.

But New York is so much more, especially in this primary season. New York City is the center of the world, and if you can make it there, you have arrived.

And that is what will happen on April 19, when New York primary voters head to the polls: Two candidates will have arrived. Today there are four (five if one counts John Kasich). New York will leave us with two, one per party.

This is the most interesting and important race for the presidency since 1960, when the old school, represented by Adlai Stevenson and Eleanor Roosevelt, scornfully stepped aside. They were pushed aside, actually, as the rude boys—three Irish brothers from Boston—began an ascent to power that would have ramifications for the next 50 years—which scholar Larry Sabato would call the “Kennedy half-century.”

In this primary season, the old families—Clinton and Bush—have likewise been eclipsed. One was pushed aside—Jeb, the younger brother who never had a chance. The other family is still standing, battling time. But even if Hillary Clinton wins the nomination, even if she wins the presidency, she and her era will have been left behind. She is descending—as is every one of the more than 40 million or so Boomers who nurtured, protected, defended, justified and idolized Bill Clinton as their generational God-king.

They are, to quote a Bob Dylan lament, “well dressed, waiting on the last train.”

That’s a line from the song “Things Have Changed.” This election will prove they have. Because the rising generations on the left and right have already taken shape, politically. Win or lose, these generations will go forth and create their own epoch, their half-century. In this race, specifically in the New York primary, Vermont Democrat Bernie Sanders will claim the rising generation on the left; the Millennials have found their wise grandfather. And the young generation on the right—which will rise more slowly, perhaps—has found its man as well: Donald Trump, a tycoon and trickster-type who awakens the masses. As British writer Corey Pein phrased it, Mr. Trump is “the personification of a Norse god named Loki,” the wily trickster deity of that brand of mythology.

At the New York primary, a reckoning begins.

“The electoral street fight between Donald Trump and conservatives has obscured the fact that young Democrats are choosing a 74-year-old democratic socialist with few elected allies to represent their party’s future,” Chris Deaton wrote in The Weekly Standard. “It’s a development that has impeded Hillary Clinton’s push for the presidential nomination, yes — but its true meaning and full consequences are likely to manifest only after the current election has passed.”

Mr. Sanders racked up more than 70 percent of the under-30 set in all votes cast through March 15, Mr. Deaton reports. And in Wisconsin, site of his most recent triumph, a CNN exit poll found he captured 82 percent of voters age 18 to 29. Overall coverage of the campaign, so dominated by the Trump circus, has paid very little attention to this Democratic crack-up, says Mr. Deaton, but “the Democrats’ turn is coming.”

Mr. Deaton has seen the future, and so has the venerable, paleoconservative Pat Buchanan. In his column last week, he offered a long-game vision of a rising American century under what he sees as Trump-influenced stewardship.

“Should the Donald fall short of the delegates needed to win on the first ballot, 1,237, there is growing certitude that he will be stopped—first by Ted Cruz; then, perhaps, by someone acceptable to the establishment, which always likes to have two of its own in the race,” Mr. Buchanan wrote. “But this city of self-delusion should realize there is no going back for America. For, whatever his stumbles of the last two weeks, Trump has helped to unleash the mightiest force of the 21st century: nationalism.”

Whatever happens to Mr. Trump, says Mr. Buchanan, the country has spoken. That could be said of Mr. Sanders as well, with his vast, national army of fledgling socialists and young voters. With these two candidates, Mr. Sanders and Mr. Trump, we have seen the American future. No telling how it will turn out.

But what a relief from the old-guard Democrats and Republicans of yesteryear and more recent vintage: A political monoculture, like Ford guys and Chevy guys, Thing One and Thing Two. The Trump faction tends to suggest in subtle ways the rise of Italian Futurism at the turn of the last century, and their counterparts in the Bernie brigade, the early anarchists and socialists of the same period.

Both of these themes, Mr. Sanders’ socialism and Mr. Trump’s alleged nationalism, could well rise together in the two coming generations, and these early identifications will stay with their members throughout their lives and mature, much as Mr. Dylan’s verse and Mr. Clinton’s rhetoric stayed with the Boomers.

Mr. Sanders and Mr. Trump together suggest a binary awakening: The very first days of a new American epoch. 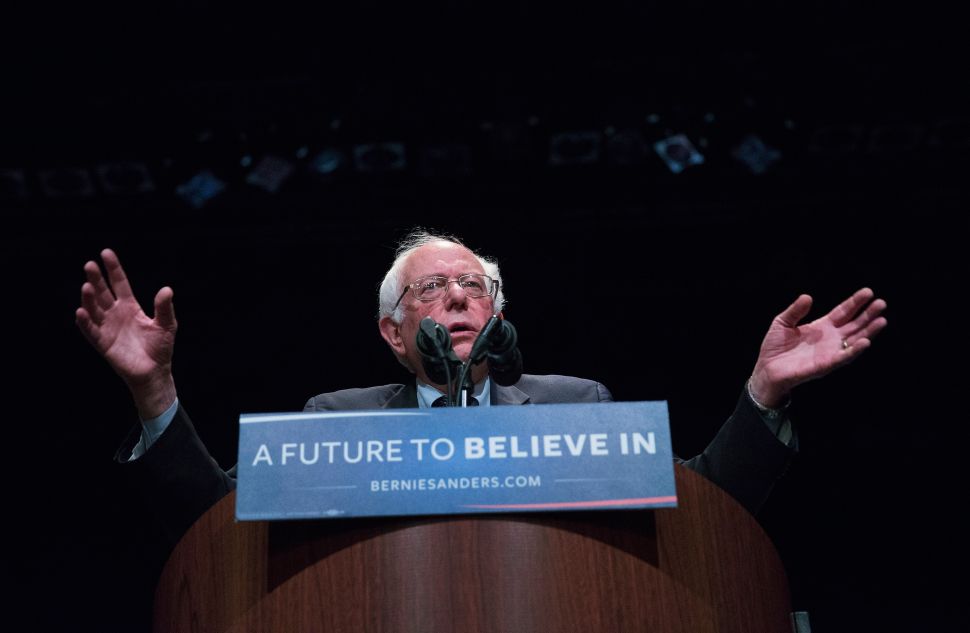