There will be another 9/11. Terrorism against a superpower like the United States is basically political theater. Terrorists revel in lots of cameras transmitting their images, talking heads bobbing long into the night, and many of us re-experiencing the drama by living in fear. If theater is what you seek, America is just the ticket, offering a big stage and providing an audience of infinite proportions.

Because the terrorists crave publicity, they need to attack where the cameras are, where the time zone yields the longest news day for the continent. That means New York City or Washington, D.C.

All the old adages relied upon by the counter-terrorism community no longer apply—such as, those sophisticated enough to implement a terrorist attack on America are too politically sophisticated to do so, as it would hurt their cause.

Of course, that was one of the palliatives to make people feel safe. It is obviously not true now. It was certainly not true even four decades ago when it was a shibboleth.

In 1973, the Palestine Liberation Organization under direct orders from Arafat in Beirut seized two of our diplomats, Cleo Noel and George Moore, in the Saudi Embassy in Khartoum and killed them in cold blood.

Nonetheless, no attempt was made to hunt down Arafat, who gave the orders, or the three perpetrators, who were set free.

The terrorists surrendered to the Sudanese authorities. Months later, three of them were said to be openly living in Cairo. The State Department denied this.

The contempt for American power was perhaps best articulated by Sheikh Mohammed Fadlallah, who allegedly blessed the suicide bombers who blew up the marine base in Lebanon in 1983. As the cleric told a colleague of mine—to us, the Americans are simply another militia with better uniforms.

When four Soviet diplomats were seized in Beirut, the Russians sent in a Spetznaz unit (some say this was a KGB operation) that castrated a relative of the lead hostage taker. The “product” was sent to the lead hostage taker with a note that more such packages from relatives would be underway. The three surviving Russian diplomats were quickly taken to the Beirut embassy and released. No Russian has ever again been kidnapped by any terror group operating in Beirut.

Because we are a complex society, dependent on a multiplicity of technological infrastructures to work together seamlessly, we are highly vulnerable to disruption. In March of 1977, a group of Hanafi Muslims took hostages at three locations in Washington, D.C. on or near major traffic arteries, nearly shutting down the city, although that was not even remotely their primary objective.

Lt. Colonel David Grossman, USA retired, convincingly argues that the taking of a school in Beslan, Russia, 2004, is the quintessential terrorist tactic. A society plagued by continual concerns for the safety of its children cannot function.

The primary deterrent at an American school is a sign announcing that it is a gun-free zone, reinforced by an unarmed security guard who will take the first bullet and slow down a terrorist operation for several seconds, if not an entire minute.

Consider the advent of a simultaneous seizing of several primary schools in an area that would be swept with media coverage, and you have a probable scenario that should send chills up our collective national spine.

Over time, our vulnerabilities have surged. We welcome an increased number of refugees from predominately Muslim countries that our security services say cannot be vetted.

The administration has authorized 300,000 visas for people from predominantly Muslim countries. While some of these visas are unavoidable because of joint commercial interests, a significant number of the tourist visas will result in people who overstay and will live in the shadows without detection.

Terrorists require a sea in which to swim, and the growing Muslim communities with a radical version of Islam provide that medium.

Although it is eminently true that not all terrorist attacks can be prevented, that does not mean we should enhance the conditions under which a terrorist attack becomes more likely.

We should stop dismissing justifiable concerns with slogans about how Muslim communities in America differ from those in Europe. Instead, we should consider how to mitigate the impact of the attack that is inevitable. If our memory of the World Trade Center is fading, the carnage in the streets of Paris and Brussels should serve as a fresh reminder.

Abraham Miller is an emeritus professor of political science at the University of Cincinnati and a distinguished fellow with the Haym Salomon Center. 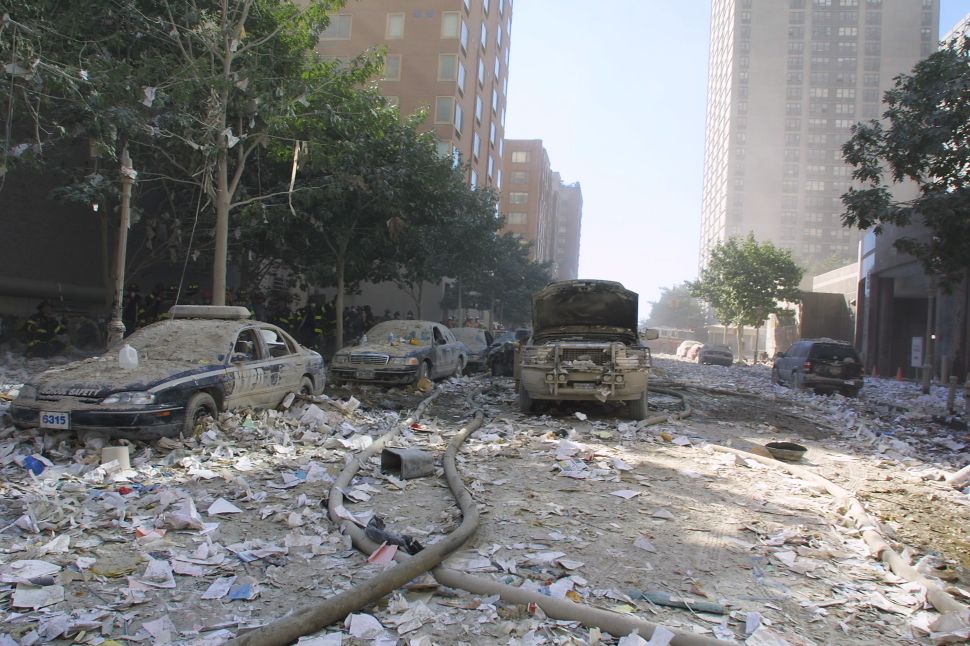