Much of Hulu’s The Path revolves around drinking what the people in the Meyerist Movement call “The Medicine” and what is actuality a Peruvian hallucinogen called ayahuasca. Eddie was tripping on it in the opening scenes of the series. (Chelsea Handler was tripping on it in the fourth episode of her Netflix documentary series Chelsea Does.) For this week’s recap chat, we sat down with an ayahuasca expert who consults on the series. As the drug is illegal in most of the United States, she asked that we not use her name.

For starters, what is ayahuasca?

Ayahuasca is a tea made out of an Amazonian plant. It’s a hallucinogen, and it brings on visions that can help you navigate your psychological and your emotional state.

There’s a scene in the first episode where the plate on the side of the building in Peru says something like Ayahuasca Center, but they never call it that. They call it “The Medicine.” Why is that?

In ayahuasca culture, it’s important to identify ayahuasca as not a drug, that it’s something that has good and helpful intentions. It’s supposed to make you better. Sometimes it’s used recreationally in the United States, but that’s definitely not the purpose of it on the show.

How are people using it in the United States? It’s not a party drug, right?

People will try and party with anything. I wish I knew how widespread it is in the United States. It’s mostly something in L.A. and New York.

On the show, it’s depicted as something that almost immobilizes the people taking it. They’re sitting down or lying down the whole time they’re tripping on it, and it makes them sick.

The traditional ceremony is a sitting meditation over the course of a night. People are sitting in a circle, and you talk to the shaman but not to each other. You’re not hanging out; you’re in a private meditation but in a group. You’re going on a journey together but separately, and the shaman is orchestrating it through music. That might be traditional music or, like, DJ music.

In some ceremonies there are dances, but it’s generally something you do while sitting. Part of that is because it makes you very nauseous. After you get sick, which is called purging and is believed to be an important part the experience, it’s typically a brighter and easier experience. Before you throw up, you feel really nauseous and disgusting.

You’ve taken it, I gather.

“I’ve always been scared of LSD, but the person who encouraged me to try ayahuasca had taken a ton of LSD. The way she put it was: ‘Acid took me out of my mind, and ayahuasca took me back into my body and back into my spirit.'”

Do you remember all of it the next day, or is it more like a blackout?

My experience has been that it’s not a blackout but that you don’t remember all of it. I tend to remember the key points. There’s a lot going on visually when it first comes on. There’s lots of lights and patterns that you might associate with an acid trip, and then it settles into what you might consider a psychological, emotional exploration.

I remember the big emotional experiences of it. In my first ceremony, which was in a group, we went around the circle and talked about why we were there, and then at the end of the night, we went around again and talked about what had happened. One guy said he had been able to revisit this trauma in his life when he was at a nightclub in Thailand and someone pulled out a gun and shot some of the people who were with him. He hadn’t really been able to process that, and during the night of ayahuasca, he went back to that and processed it as a memory and on an emotional level.

And that’s kind of how it goes with Eddie on the show.

Yeah. And people use it for that — almost like therapy.

How did you work with the writers and producers?

I knew Jessica Goldberg and Annie Weisman. They asked me to sit down and talk to them about the medicine and how it helps people process things. They wanted to know whether it was legitimate or fraudulent, or if it was harmful, and those kinds of questions.

How long does the medicine last? Is it worn off by the end of the night?

Yeah, the intense part is usually over by the end of the night, but it shifts the way you think beyond that night.

From the people you’ve seen take ayahuasca, has it been a universally positive experience?

I would say it’s been overwhelmingly positive. It’s very, very strong, and something that strong needs to be treated with a lot of respect and caution. You want to be careful taking anything, and some people have had psychotic breaks after taking it. That hasn’t been my experience with it.

I had never heard of ayahuasca until the Chelsea Does episode came out earlier this year.

I know the person who shot that. I thought it was interested to see whether ayahuasca would affect her. A really interesting thing about ayahuasca is that people with very intense personalities and people who are highly addictive may not even be affected by it. You don’t get that with alcohol or most medicines, but ayahuasca can just shrink away from some people. It did have an effect on her, but it wasn’t super deep.

Have you taken LSD?

I haven’t. I’ve always been scared of LSD, but the person who encouraged me to try ayahuasca had taken a ton of LSD. The way she put it was: “Acid took me out of my mind, and ayahuasca took me back into my body and back into my spirit.” 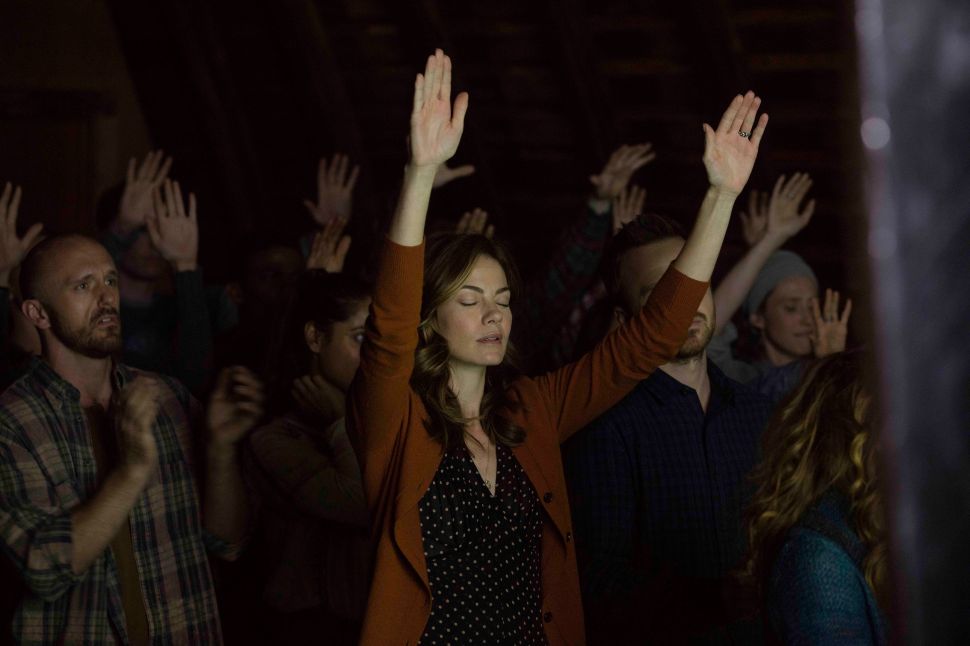