This is a huge moment in the history of the school, and as an alumni of Rutgers I am tremendously proud that the anniversary of my alma mater is so important that the President has decided to speak there. Regardless of what you think of his politics (I generally disagree with them), there is no question Mr. Obama is a powerful speaker and a man of conviction who cares deeply about our country and its future. This is a proud moment for the University, and I hope it continues to be.

But in spite of how happy I was to hear this news, I couldn’t stop my mind from wandering back to 2014, when protests at the University drove Condoleezza Rice to decline an invitation she had previously accepted to speak at the Rutgers commencement that year. Students and faculty claimed Ms. Rice’s positions within the administration of President George W. Bush and her role in the Iraq war made her an unsuitable speaker, and unfit for an honorary degree from the University. In a letter to the Rutgers student newspaper, The Daily Targum, the “Rutgers student protesters” went so far as to say the University President “[insisted] on the arbitrary decision to invite Rice to speak and to alienate the countless students and faculty that have been affected by her policies and disagree with [Rutgers University President Robert Barchi].”

That moment made me sad to be a Rutgers woman. Despite the fact that several prominent conservative writers, thinkers and activists were educated on the Banks of the Old Raritan, Rutgers has always been a blue school. I enjoyed that, and it was one of the reasons I chose to go there; I’ve only ever grown as a person and improved my ability to think and debate through squaring off in a respectful way. And, while I was there, I was treated with nothing but respect by professors and fellow students alike. The idea that, in the few short years since I was a student, Rutgers became a place where dissenting voices were systemically silenced was heartbreaking.

Presumably, the very people who raised their voices in opposition of welcoming Ms. Rice to speak at Rutgers are whistling quite a happy tune about yesterday’s news—despite the fact that Mr. Obama, in his quest to end the practices used while interrogating terror detainees, authorized drone strikes throughout the Middle East resulting in the deaths of hundreds of innocent civilians. And I’m certain these folks will say nothing of the Executive Privilege Mr. Obama invoked to protect former Attorney General Eric Holder after he was held in Contempt of Congress during the investigation into the Justice Department’s ill-fated “Fast and Furious” gun walking scandal that authorized illegal firearms to move freely between the United States and Mexico. This scandal resulted in the deaths United States Border Patrol Agent Brian Terry, United States Immigration and Customs Enforcement Agent Jaime Zapata and thousands of families in Latin America.

Just over six months ago, I experienced my most enthusiastic moment of agreement with Mr. Obama. At a town hall event, he took on the movement toward silencing dissent on college campuses under the guise of making universities safe spaces where students are “coddled and protected from different points of view.” Mr. Obama even went so far as to allude to the Rutgers protests against welcoming Ms. Rice to speak at commencement, saying “I’ve heard some college campuses where they don’t want to have a guest speaker who is too conservative… I gotta tell you I don’t agree with that either.”

It will be exciting for the hundreds of thousands of members of the Rutgers community in New Jersey and around the world to hear what our President has to say about the proud legacy of our school on May 15. I hope those who disagree with his policies will welcome him and listen with the respect that the office of the Commander-in-Chief deserves. But more than that, I hope Mr. Obama takes this opportunity to stress the importance of the free exchange of ideas and remind all of us that as a country, we cannot move forward without it. 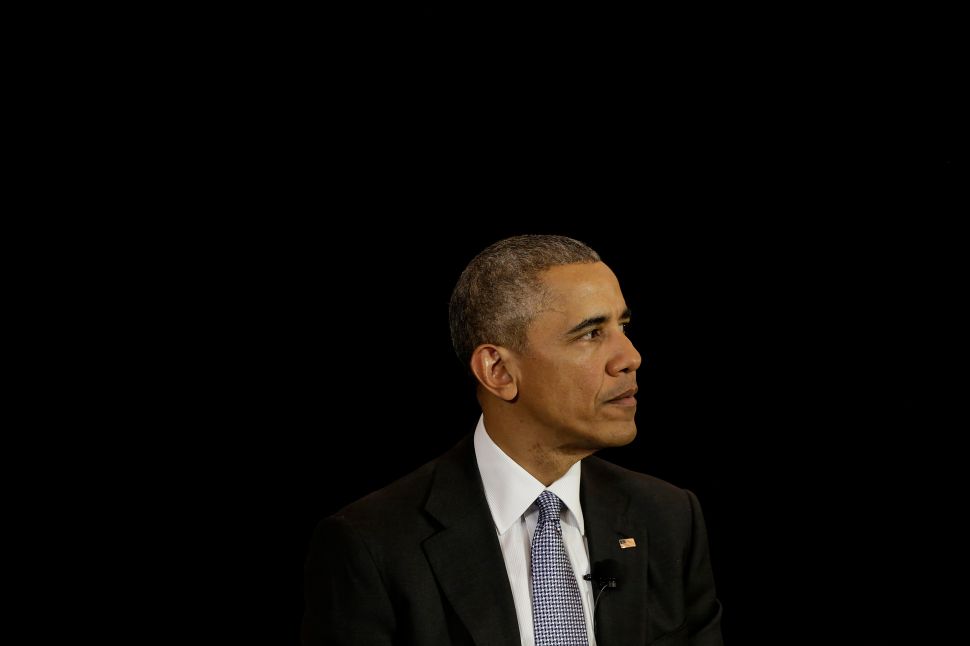