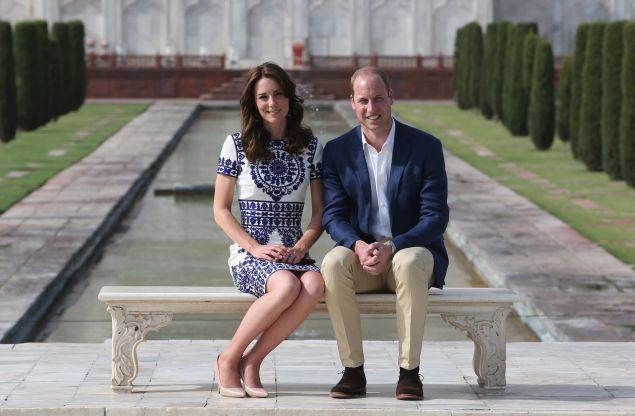 The Duke and Duchess of Cambridge in front of the Taj Mahal on the last day of their royal tour of India and Bhutan. (Photo: Ian Vogler-Pool/Getty Images)

The royal visit to India and Bhutan concluded with a visit to the Taj Mahal, where the Duke and Duchess recreated Princess Diana’s famous photograph, only this time on Instagram. The royal couple had quite the vacation, and with an agenda full of feeding baby elephants, flower garlands and archery, even Prince George is sure to be jealous of his parents. 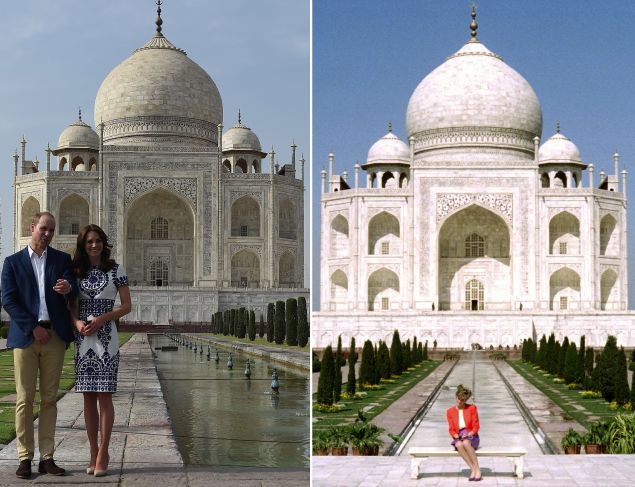 Prince William and the Duchess of Cambridge in 2016 and Princess Diana in 1992. (Photo: Douglas Curran, Prakash Singh/AFP/Getty Images)

Princess Diana took her own iconic photo in 1992 when she visited the Taj Mahal. From the moment the Duke and Duchess announced their trip, people were anxiously awaiting a re-creation of the classic image, and the royal couple did not disappoint. They posed on the bench in front of the Taj Mahal, which has been called “Lady Di’s Chair.” The Duchess was overheard telling reporters, “It’s been really incredible to learn about the romance of the building and its really beautiful architecture.” 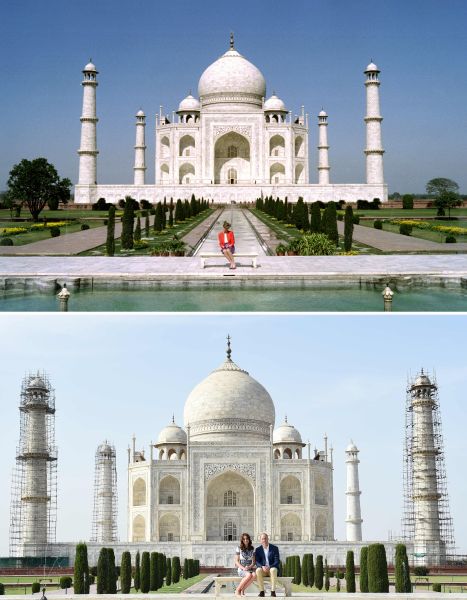 Kate Middleton continued her stylish visit with a Naeem Khan dress and nude heels, while her husband took off his shades to pose for the paparazzi. The image was in contrast to Lady Di, who posed alone to signal the end of her marriage. The Indian designer most recently made headlines for making a Make-A-Wish foundation dream come true by bringing Trinity Faith Moran to fashion week and giving her the chance to model in his fashion show. Michelle Obama is another fan of Mr. Khan’s classic designs. 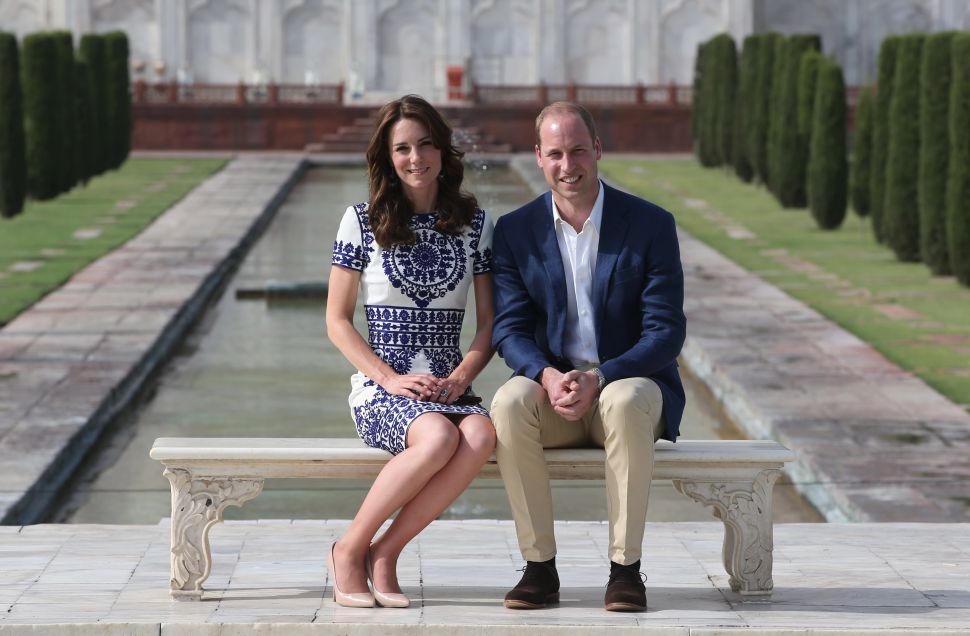