A century ago, Mark Sykes of Britain and Francois Georges-Picot of France agreed in secret on how the colonial powers would carve up the Middle East after winning World War One. That map is now as dead as those two diplomats, a fact that contemporary statesmen should accept, beginning with international recognition of Israel’s sovereignty on the Golan Heights.

Visit the Golan, as I did with my family today, and the rightness of Israeli rule could not be more evident.

Where to begin? With the cliff top community of Gamla, whose Jewish defenders held off Roman legionnaires 2,000 years ago until, overrun, they leapt to their deaths rather than fall captive? With Israel’s rebirth as a state in 1948, after which Syrian forces used the strategic plateau to mercilessly snipe at and shell its kibbutzim around the Sea of Galilee? With the Six Day War, when Israel captured the Golan while finally beating back Syrian aggressors, or with the Yom Kippur War, when Israeli ground forces valiantly held fast there despite being blindsided and vastly outnumbered by the invading Syrians?

So is Israel expected to give the Golan to ISIS or the Nusra Front? Would that satisfy the world: The Sea of Galilee once more under Syrian guns, but this time around with gory jihadi fingers on the triggers?

Or perhaps these historical claims, momentous though they be, should give way to simple and commonsensical observation: The Israeli Golan is tranquil and safe, a place of flourishing agricultural and tourism industries and of unquestioning coexistence between Jews and Arab Druse. Just over a the border to the east, merely shouting (and shooting) distance away, Syria is a hellish bedlam of sectarian bloodletting. U.N. peacekeepers on the Golan, a few of whom I met and chatted with, look like they are holidaying while in Israeli territory. Their unfortunate comrades over in Syria were kidnapped by jihadis.

And yet when Prime Minister Benjamin Netanyahu held a cabinet meeting on the Golan last week and stated the obvious – that it would remain Israel’s forever, whether or not the Syrian civil war is ever resolved – he met with galling, if entirely predictable, censure from the United Nations and world powers. They still consider the Golan to be Syrian, apparently, and expect Israel to return it.

This is dishonest if not outright insane, the bankruptcy of international diplomacy that has lost any capacity for ingenuity or adaptation and resorts to empty mantras – in this case, the arbitrary border set down by Sykes-Picot, giving Syria the Golan.

Even if Israel were willing to cede the Golan now, to whom exactly does the U.S. State Department, the UN, or British Foreign Office expect the territory to go? There is no unitary Syria any more, nor any serious prospect of the country coming together under the dictator Bashar Assad who, having overseen the slaughter of a quarter-million of his fellow citizens and displacement of millions more, will never be more than de facto Mayor of Damascus. He controls perhaps a quarter of the country, while motley rebels run the rest of it. So is Israel expected to give the Golan to ISIS or the Nusra Front? Would that satisfy the world: The Sea of Galilee once more under Syrian guns, but this time around with gory jihadi fingers on the triggers?

Nor are the Assad forces deployed on the Syrian side of the Golan border, or their reinforcements from Hezbollah and Iran, any less likely to threaten Israel. Over the past three years there have been 20 cross-border terrorist attacks there against Israeli targets, all of them by militiamen allied to the Assad-Hezbollah-Iran axis. The message is clear: Even as he battles to stay in power, Assad still has time to spill Jewish blood.

At the May 9 centennial of Sykes-Picot looms, world powers should sign the agreement’s death warrant rather than continue to dress up and parade its corpse. Everywhere in the Middle East, borders are being redrawn in blood; now is the time for international efforts to focus on doing what is possible to craft this cartography. Start with Israel and the Golan. Next, give the Kurds – the world’s biggest stateless nation, a worthy people with democratic standards, female emancipation and incredible forbearance over centuries of suffering – a country in north Iraq and perhaps Syria. What follows may not be in your hands, but at least you will know that you did what you could to help those in the region who truly deserve recognition.

Rabbi Shmuley Boteach whom The Washington Post calls “the most famous rabbi in America” is the founder of The World Values Network and is the international best-selling author of 30 books, including his forthcoming, “The Israel Warriors Handbook.” Follow him on Twitter @RabbiShmuley. 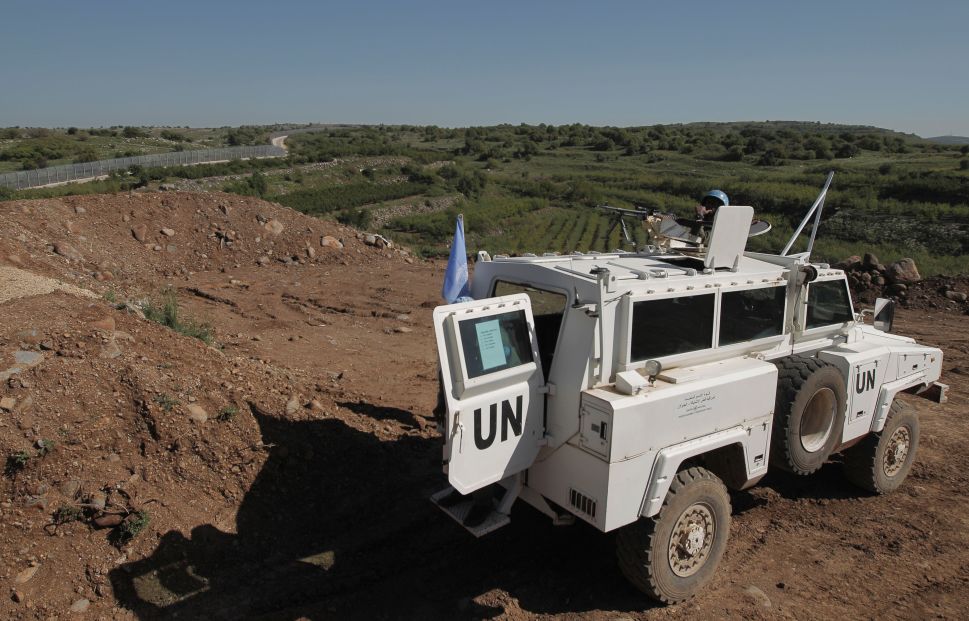