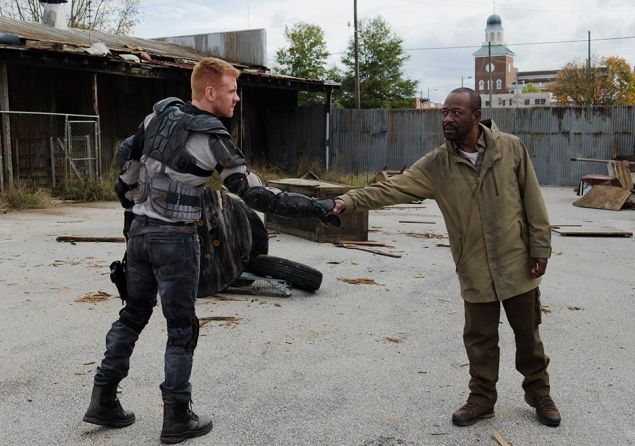 You know what to do, Walking Dead. Gene Page/AMC

For those of you without Twitter, The Walking Dead fans are more than a little miffed at the series’ sixth season finale. The AMC zombie-drama teased the arrival of new “big bad” Negan for a straight year, and DOUBLE teased that the finale would not only kill off a major character but destroy the very essence of your soul in the process. True, Jeffrey Dean Morgan’s Negan did show up, and instantly ingratiated himself into my heart by turning the phrase “pee-pee pants city” into the most menacing shit I’ve ever heard. And also true, he eventually caved in someone’s skull with his trusty barbed-wire baseball bat, Lucille, as promised. Whose skull? Well, we don’t actually get to see, thanks to some shifty POV camera work and a cliff-hanger ending so frustrating Chris Hardwick might as well have opened Talking Dead by saying “for the Watch.”

So, yeah, you could say The Walking Dead has a lot of questions to answer come season seven premiere time. Who did Negan kill? Did AMC’s series stick to the comic books or deviate as it so often does? Is Maggie’s baby okay? Does Maggie even still have a head? What’s up with Carol? And Morgan? Wait, who was that guy in the armor? One would think under the extreme fan backlash and public outcry to the finale Walking Dead needs to deliver a stellar and, more importantly, satisfying season seven premiere.

One would also be wrong. The Walking Dead’s seventh season only needs to deliver one thing. That guy in the armor needs to lead Morgan to a settlement named The Kingdom. And Morgan needs to meet a man named Ezekiel.

And for The Walking Dead to ever gain my trust again, Ezekiel needs to have a motherf*cking tiger. 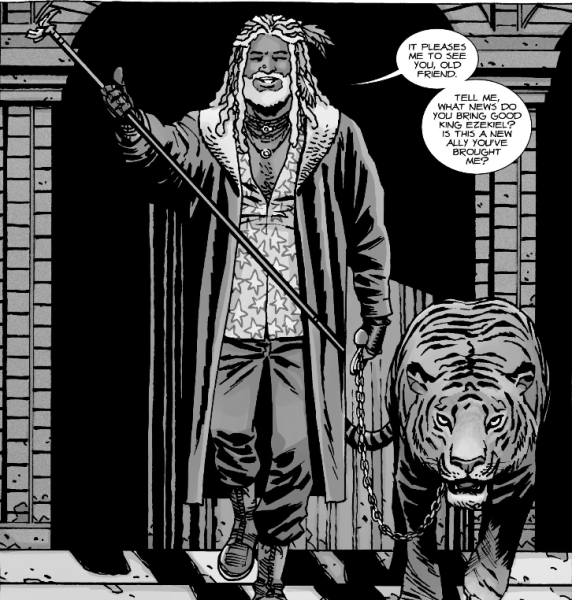 Okay, I should back up.

In The Walking Dead comic series, right after Negan first appears and (SPOILERS) introduces Lucille to Glenn’s head, Jesus leads Rick to a settlement called The Kingdom. For reasons that really aren’t explained, nor ever need to be, the Kingdom is fairly medieval-times-themed, complete with horses, armor, and dudes saying things like “Who dares trespass on the sovereign land of–” etc etc. The Kingdom is run by Ezekiel, and okay back to the fun part Ezekiel has a pet tiger. The tiger’s name is Shiva because bless his tiger soul, why not?

That…is amazing. I honestly have no idea how anyone is getting mad at a cliff-hanger when the mere possibility of tiger showing up is out there. I mean, The Kingdom is based in Washington D.C. Where did Ezekiel even GET a tiger? Does Washington D.C. have a zoo? Hold on, let me Google that.

It does! According to this, the Smithsonian National Zoological Park has so many tigers! The real surprise here is that Ezekiel doesn’t own more of them.

But I digress. I can’t be alone in thinking all ill-will garnered by season six’s ol’ Negan switcheroo would be obliterated if a tiger became a cast regular, right? Hell, I’m offering PR gold here, and all I ask in return is a domesticated Bengal tiger living in a post-apocalyptic community of LARP enthusiasts. If AMC confirmed Shiva today, I’d immediately stop caring about who Negan killed. It could be Glenn. It could be Daryl. Season seven could start with Negan whacking baby Judith off a tee-ball set and I’d still be like “how cool is that tiger gonna’ be?”

The tiger route brings up a whole slew of different, less-depressing questions. Like, does AMC splurge on a real tiger or go CGI? Would a real tiger even cost less than a CGI tiger? Who plays Ezekiel, and why is it anyone but Idris Elba? Would owning a tiger as a pet and occasional confidante eliminate pretty much every hazard posed by the zombie apocalypse? What are the storyline implications of Shiva getting bitten by a walker and turning into a zombie? 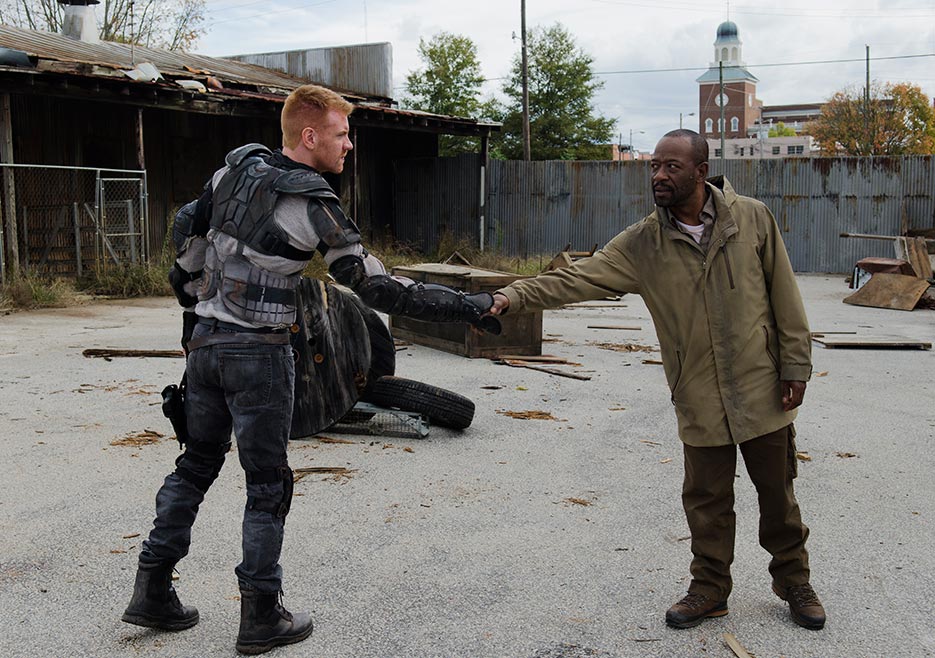