Elon Musk says he’ll bring humans to Mars by 2025. But once we arrive, how will we survive? The atmosphere on Mars is 96 percent carbon dioxide and 100 times thinner than Earth’s. The planet only has 38 percent of Earth’s gravity and the average temperature is -81 degrees.

Skeptics wonder how we’ll overcome these obstacles, but according to technology forecaster Stephen Petranek, we have all of this figured out. He even says all of the technology needed to make it possible for humans to inhabit Mars already exists. In his recent TED Talk, Mr. Petranek details exactly how we’ll grow food, warm up the planet and eventually make it a place booming with bars and reality TV just like Earth.

Most of us think of Mars as a desert planet, but the truth is there is plenty of —we just have to get to it. “There is a lot of but most of it’s ice and most of it’s underground. It takes a lot of energy to get it and a lot of human labor,” Mr. Petranek says in the talk, adding that the soil alone contains up to 60 percent and that there are glaciers and craters of ice as well.

To access the , we can use a device cooked up at the University of Washington described as “basically a low-tech humidifier.” It’s often 100 percent humid on Mars, and this device would allow us to use the humidity to extract ample .

“Next, we have to worry about what we will breathe. Frankly, I was really shocked to find out that NASA has this problem worked out,” he said.

He points to MOXIE, a machine designed by MIT scientist Michal Hecht that is essentially a reverse fuel cell that sucks in the Martian atmosphere and pumps out oxygen. It was designed to be scalable to accommodate for more people, so it will continue to support a Mars colony as it grows.

Hydroponics will be used to grow food. At first, until we have running on the surface, we won’t be able to grow more than 20 percent of the needed food, so dried food will be brought to Mars from Earth.

“There is too much solar radiation and radiation from cosmic rays, so we need shelter that would protect us from that,” Mr. Petranek said.

At first we can use inflatable pressurized buildings and the landers themselves, and then there are multiple options for more permanent housing. We could live underground in either caves or lava tubes, or we could build shelters from the resources on Mars. It turns out the soil is perfect for making bricks, and NASA has figured out we can shove polymer plastic into the bricks, put them in a microwave oven then use them to make buildings with really thick, protective walls.

There is 15 pounds of atmospheric pressure on our bodies at all times on Earth. On Mars, there is hardly any, which means our blue jeans won’t cut it. The BioSuit, invented by MIT scientist Dava Newman, will keep us warm, keep us together and block radiation.

“Making it more like earth, reengineering an entire planet—that sounds like a lot of hubris, but the technology to do everything I’m about to tell you already exists,” he said.

First, we need to warm up Mars, which we can do relatively easily because the planet’s south and north poles are covered with frozen carbon dioxide. We can heat them up with a large solar sail, and this will cause the carbon dioxide to sublime into the atmosphere and heat the planet to a livable temperature in only 20 years.

The thicker atmosphere will improve other conditions as well. We’ll have more protection from radiation, will be able to throw away the spacesuits and have running , and therefore, crops.

Eventually Mars will be made to feel a lot like British Columbia, but we’ll still be left with the complicated problem of making the atmosphere breathable.

“Frankly, that could take 1,000 years to accomplish, but humans are amazingly smart and incredibly adaptable. There is no telling what our future technology will be able to accomplish and no telling what we will be able to do with out own bodies,” Mr. said. “In biology, we are on the verge of being able to control our own genetics, what the genes in our own bodies are doing, and certainly, eventually, our own evolution. We could end up with a species of humans on Earth that is slightly different than the species of humans on Mars.”

“But what would you do there, how would you live? Somebody is going to start a restaurant. Someone is going to build an iron foundry. Someone will make documentaries on Mars and sell them on Earth. Some idiot will start a reality TV show. There will be software companies, there will be hotels, there will be bars. This much is certain, it will be the most disruptive event in our lifetime, and i think it will be the most inspiring. Ask any 10-year-old girl if she wants to go to Mars. Children who are in elementary school now will choose to go there.” 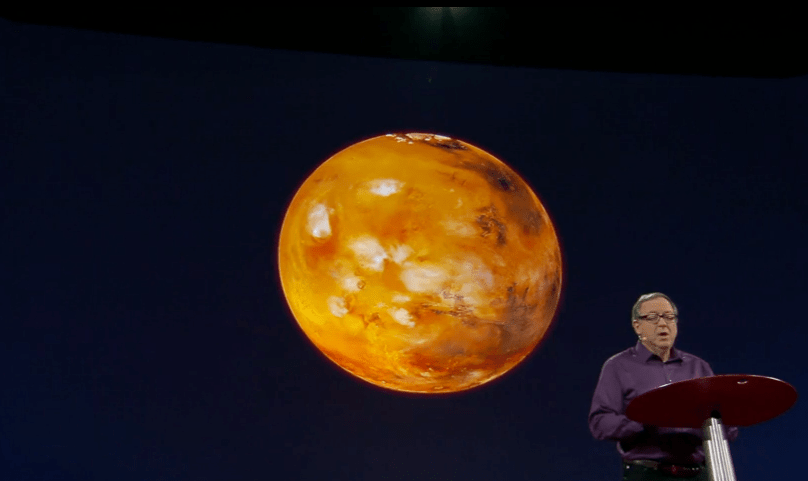