A recent BuzzFeed post has outraged the masses, and it’s managed to do so with only one question.

The quiz, titled “Can You Spot the FuckBoy?“, appeared on the site late Friday and has amassed almost 3 million views since. The sub-headline reads, “Nine men are in front of you. One is a fuckboy. Choose wisely,” and leads the reader into the quiz’s one and only question: “Pick a boy.”

Following are nine stock photos of young men of various races with various personal styles. Milo sports a serious face, a white T-shirt and “hipster beard,” while Thatcher gives a questionably friendly stare. Jerome smiles gently in a suit, tie and glasses, and Roger looks shy in a button-down. Men called Karl, Gareth, Arjun, Bill and Mateo are shown as well. With no other context, the reader is tasked with identifying the fuckboy. The correct answer is Thatcher, and the answer that comes along if you correctly select him reads as follows:

There he is! Thatcher is an absolute fuckboy. You don’t even remember how he got your number, but he exclusively contacts you after 11:30 on weeknights with a bland “u up?” All of his profile pictures are shirtless mirror pics and his first order of business upon making contact with someone is to send them a completely unsolicited and poorly lit snap of his dong. Stay far away from Thatcher. He’s bad news. Peak fuckboy.

A little over a year ago, the term “fuckboy” picked up speed both on and offline. It pretty much describes itself (a definite reason for why it has caught on), but Slate defines a fuckboy as “the worst kind of guy, or at least one who represents the worst trends of the present moment.” Huffington Post describes a fuckboy as a “dude embodying something akin to the ‘man whore’ label, mashed up with some ‘basic’ qualities and a light-to-heavy sprinkling of misogyny.” Urban Dictionary users write that a fuckboy is typically a straight young man who “relies on his mom and doesn’t respect women.” Famously, this “breed” of male also made a cameo in Vanity’s Fair‘s controversial article “Tinder and the Dawn of the ‘Dating Apocalypse,’” where fuckboys were described as especially callous womanizing losers who also play a big role in this suppossed dark era of dating.

While many take issue with the word (and this particular use of the word) itself, others are coming down on BuzzFeed for the way they’ve asked readers to categorize someone under a universally insulting label by considering nothing more than looks and preconceived stereotypes.

“Does he identify as fuckboy? Does he have a tumblr on which he has declared himself as such? Because if not, then you are actively oppressing him by imposing a label on him against his will. Check your fucking privilege Buzzfeed, your problematic ignorance is dripping everywhere,” reads one comment on Facebook.

A comment on the article itself reads, “This is really stupid. Judging people on their looks alone seems plain wrong.”

The majority, however, are pointing to a double standard. The top comment on the article on Facebook gives readers an idea of what this would look like if it were applied to women.

Other top comments read, “Buzzfeed and their double standards” and “This shit is so wrong on so many levels.. Fuck you, Buzzfeed.”

“As a man, this is pretty fucked up. Epic fail, Buzzfeed. I forgive you but clean this shit up. Sexism goes both ways,” wrote another.

While some commenters rushed to point out that “fuckboy” isn’t the male equivalent of “slut,” many others disagree, saying this is male slut shaming at its finest. Even more people are saying that’s not the point.

“hahaha I’m not offended at all but would love to see a Buzzfeed article entitled ‘Can You Spot The Slut’ or ‘Can You Spot The Fuckgirl’ due to the comments it would generate,” reads one comment. “It will be a cold day in hell before it happens though….Go on BuzzFeed, do it! Prove everyone calling you out wrong. Prove that you don’t have double standards.”

BuzzFeed has written many, many articles about fuckboys in the past, inlcuding posts titled “12 Essential Starter Packs for Fuckboys,” “The Ultimate Fuckboy Test” and a quiz titled, “Are You Dating a Fuckboy?” The latter asks the quiz-taker to choose a pair of shorts the man would wear and choose the career he’d have if money didn’t matter.

One article from May 2015, titled “How to Spot a Fuckboy in the Wild,” provides a comprehensive list of how fuckboys act, but even more so, how they look. According to the article, the following physical qualities and articles of clothing indicate that you definitely have a fuckboy on your hands:

So being so physically fit that you have a six pack automatically means you are part of a group labeled “the worst type of guy”? Wearing whatever type of clothes you prefer, be it a polo shirt, plaid shorts or a fedora, indicates that you treat women as objects?

When this article was published, it too saw backlash (although not nearly as much) for promoting a double standard and stereotypes based on looks. It looks like BuzzFeed hasn’t learned. 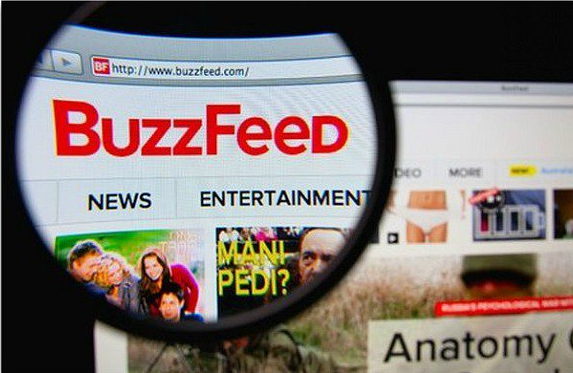