I like Ken Kurson, the editor-in-chief of The New York Observer. I admire many of the current and former staffers at the Observer. I have written here in some capacity for the past four years, and I have had a gratifying time doing so.

But lately, I find I do not like the articles the Observer is putting into the world. To paraphrase Nora Ephron, management seems to realize that it would be good to produce articles that people want to read but feels no obligation to ensure that those articles are any good.

The tipping point in feeling the need to express my thoughts came with the recent Jacques Hyzagi article “Robert Crumb is Dead—to Me.” Various readers have remarked on it, noting, “Beyond all of the strange and absurd hero-loathing going on here, this piece reeks of misogyny,” and, “The writer of this article is disgusting, sexist and hurls long-winded vapid insults with neither fact or back up. What a gross article.” And perhaps the comment that crops up the most: “This writing is unreadable…I realize it’s ‘Opinion’…but does anyone edit this stuff?”

I am insulted by his attitude toward female journalists, depicting them in his words as ‘thousands of women bloggers’ who are ‘gender conflating skanks’ and ‘twitter twats.’

There are so many ways I could question this freelancer’s work. I could marvel at his ability to turn a single event into many pieces for various publications. I could wonder at the possibilities of having a “writing partner” to accompany me on my assignments. I could surely question his disconnected, incoherent writing style. When he exclaims in a fury over the fact that there are thousands of women bloggers who think they are more qualified to write for Elle than he—hell, I can think of thousands of dental hygienists more qualified to write for Elle than Jacques Hyzagi.

But more than anything, I am insulted by his attitude toward female journalists, depicting them in his words as “thousands of women bloggers” who are “gender conflating skanks” and “twitter twats.” My editor, who describes Mr. Hyzagi as “a real sweetheart,” explained that he assumed Mr. Hyzagi meant men and women. However, given that the publications Mr. Hyzagi references—Jezebel, ManRepeller and the Cut—are largely staffed by and targeted toward women and that the words come on the tail of his description of these people as “women bloggers,” I doubt very much that is the case. For bonus measure, Mr. Hyzagi goes on to describe his interview subject as “fucking that disgusting wife of his.” The wife in question made him dinner, but in past articles, Mr. Hyzagi is very eager to reveal that he himself fucks models. He’s also taken to his new-found Twitter forum (over which the Observer has no control) to tell female editors they should get cancer.

keep tweeting cancer wishes at female editors, @jacques_hyzagi — it can only help your career pic.twitter.com/mp68XX1XHW

I don’t think this is a man whose opinions about women are somehow being misconstrued by my hysterical female brain.

The fact that a woman writer is described as a twat or a skank isn’t all that surprising. Female writers sadly get used to being described that way. It’s just generally a description that crops up in the comments, not the publication itself. The Guardian just did a really interesting assessment of its own commenter culture and found that of the writers most abused in the comment section, eight out of 10 are women. (The two male writers were black.)

Female writers have probably long suspected this. Daily comments that you’re fat or a whore or a skank or a twat are exhausting. The only way to cope is to remind yourself that those commenters represent a minority of angry, powerless people. If you wanted to make them happy, as a woman you would have to devote yourself full time to dieting and quietly bearing their children, which sounds extremely time-consuming.

It’s different to find those sentiments in the virtual pages of the paper you work for and realize that the same people who employ you and approve everything you write presumably think those views are valid and interesting enough to feature.

Now, you can defend statements about female journalists being skanks by saying, “It’s provocative!” However, not doing things just because they’re provocative is the difference between being an adult and an attention-hungry teenager. Most people reach an age at which their actions should provoke a response other than outraged wonder—and most publications do, as well.

The payoff for running articles solely to be provocative exists only in the very short term.

The payoff for running articles solely to be provocative exists only in the very short term. If The New York Times ran an article that proclaimed, as a lurid example, that “Jews are all Shylocks” would that be provocative? Sure. There are certainly some ugly-minded people who believe that. Would people read about the article and talk about it? For months. Can The New York Times write this? Yes, freedom of the press is sacred. Would it also be vile and unbecoming a newspaper with a fine reputation? Yes. And it would damage its reputation in the long term, because an educated populace has little respect for places that publish retrograde bile. Moreover, the talented individuals in the organization who are Jewish would likely no longer want to work there. For that matter, talented individuals who merely like Jewish people wouldn’t want to work for them.

While newspapers have a responsibility to produce articles people want to read, the good ones also generally seem to feel a responsibility to elevate the cultural conversation. Different opinions can co-exist in a newspaper, but certain kinds of hateful rhetoric will stop it from being recognizable as a newspaper at all.

Maybe Mr. Hyzagi’s insults would less offensive if this was an isolated incident. If, for instance, Rex Reed, another New York Observer male columnist, didn’t break out with references to Melissa McCarthy as a “female hippo” who is “tractor sized.” This event happened a few years ago, and, it would have been nice if it had at least raised the Observer’s sensitivity as to whether it’s cool to say horrible things about women.

Which, alas, leads us so seamlessly to the recent Observer endorsement of Donald Trump. It is certainly not surprising that the Observer would support Mr. Trump. What is disheartening is that supporting a candidate who blithely refers to women as “pigs” and “bimbos” doesn’t seem like a far stretch even if Observer Publisher Jared Kushner wasn’t Donald Trump’s son in law.

That’s not to say that the people at the Observer are unpleasant, or mean, or that you wouldn’t love them if you met them. However, the standard on what it takes for a man to pass as a “real sweetheart” in the Observer’s pages is today a bar low so low you can slither right over it.

I don’t think anyone at the Observer is doing this intentionally. When I talked with Ken Kurson about my concerns privately, he encouraged me to write this piece. And there are some reasons to think that the situation might improve. The Observer has more women writing cover stories than ever, and more women being featured on the covers. There are so many wonderful women at the Observer writing well-researched readable articles on relevant issues. They’re profiling compelling women and men. About 2/3 of the editorial staff is female. It’s wonderful that The Observer doesn’t have a problem hiring women. It’s wonderful they don’t have a problem writing about interesting women. Unfortunately, they also don’t have a problem overlooking the words and actions of men who demean them.

Perhaps one solution would be to find a way to better promote female columnists who write about the issues of the day. Both Sheila Weller and Nina Burleigh are terrific writers, who have written excellently about women’s issues for The Observer. It would be great to see them, or others like them, have a larger, better promoted platform. Such a platform might help the Observer be known for interesting cultural commentary instead of bile. A women’s section to the paper would be a welcome addition. A really, really welcome addition. And it’s worth mentioning that even as the paper endorsed Mr. Trump in the Republican primary, the Observer also endorsed Hillary Clinton in the Democratic primary.

The answer to bad speech isn’t to have people speak less, it’s to have other people speak more. And The Observer seems to have a great wealth of people who could do so.

Jennifer Wright is the author of It Ended Badly: Thirteen of the Worst Break-Ups in History, which The Boston Globe described as “intimate, whimsical, smart, and silly at once.” Her second book, Get Well Soon: History’s Worst Plagues And The Heroes That Fought Them is due out with MacMillan Winter 2017. She also writes the 8 Day Week column for The New York Observer. 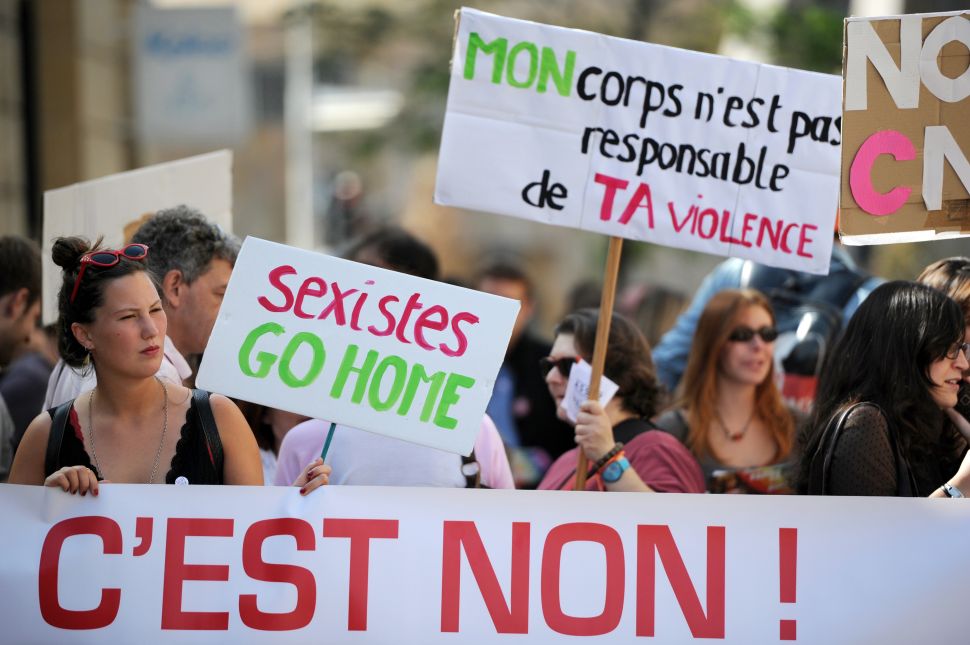